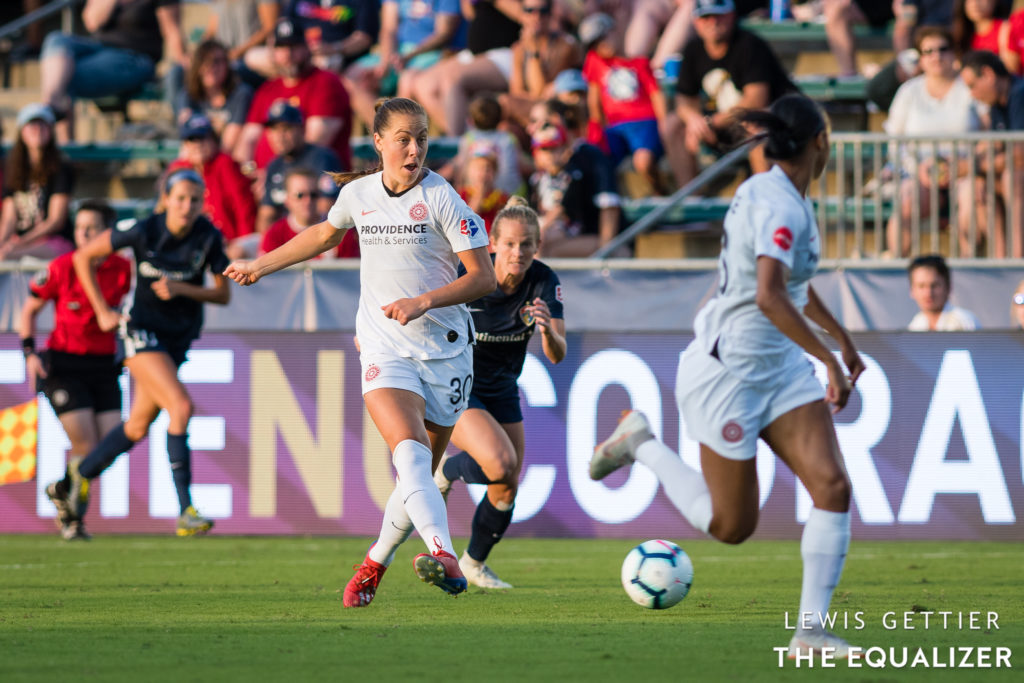 That the Portland Thorns have been one of, if not the most, consistently successful team in the National Women’s Soccer League over the six seasons and counting of the league’s existence doesn’t look like a deep mystery at first glance. It’s easy to chalk up the team’s success — two championships, one shield, five playoff appearances — to the fact that MLS affiliation and uniquely strong fan support mean they’ve been able to attract and retain an incredibly deep roster, featuring some of the best players in the world.

That’s not wrong, of course; put Lindsey Horan, Christine Sinclair, and Tobin Heath all on the same team, and good things are bound to follow.

But what we saw from the Thorns between the beginning of May, when nine of their best players started to depart for the World Cup, and the end of June, when they started trickling back in, demonstrates that the picture isn’t that simple. Portland lost the most players of any team in the league to the World Cup, and going into the season, that was a challenge many observers predicted might put them in a deficit too deep to climb out of — especially as historically mid-table teams like Houston sustained much lighter roster losses.

“[If] anyone doesn’t want to be a Thorn, or anyone flirts with not being a Thorn in some way — just for one day drops to 97 percent — I can go, those 12, those 15 people are ready to be a Thorn, and they’re ready to take advantage.”
— Mark Parsons

Instead, the Thorns finished the month in first place, shutting out the Chicago Red Stars and drawing the North Carolina Courage on the road. It was not a team of galacticas that produced those results, but a mix of non-U.S. national team veterans like Katherine Reynolds and Meghan Klingenberg, youngsters like Elizabeth Ball and Simone Charley, and players like Midge Purce, who are normally just below the starting XI on the depth chart.

Eight points in the month of June represents an impressive achievement for those players — but more than that, it shows that we may need to reframe how we think about Portland’s overall success as a club since 2016.