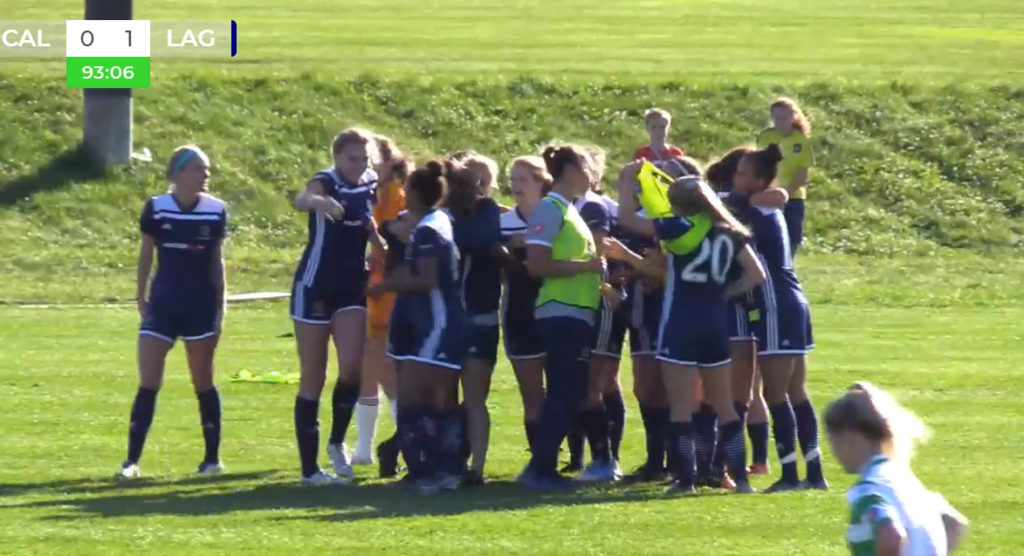 Pensacola FC completed an unbeaten season in the Women’s Premier Soccer League with a 4-3 extra-time victory over Utah Royals FC Reserves on Sunday at Neal Patterson Stadium in Stillwater, Oklahoma.

Briana Morris scored the game-winning goal in the second period of extra time after the two teams played to a 3-3 draw through regulation.

A goal by Briana Morris in the 2nd Overtime of the #WPSLChampionship gives @PensacolaFCWoSo the 4-3 lead! Still time left on the clock at https://t.co/4v9UCd2Vte pic.twitter.com/zN6iDMM9O8

LA, which dons the Galaxy name and plays out of Orange County, defeated Indiana Union in Saturday’s semifinal. Calgary defeated Lancaster Inferno in the other semifinal on Saturday.

Both WPSL and UWS are amateur leagues which fall below the National Women’s Soccer League in the pyramid.