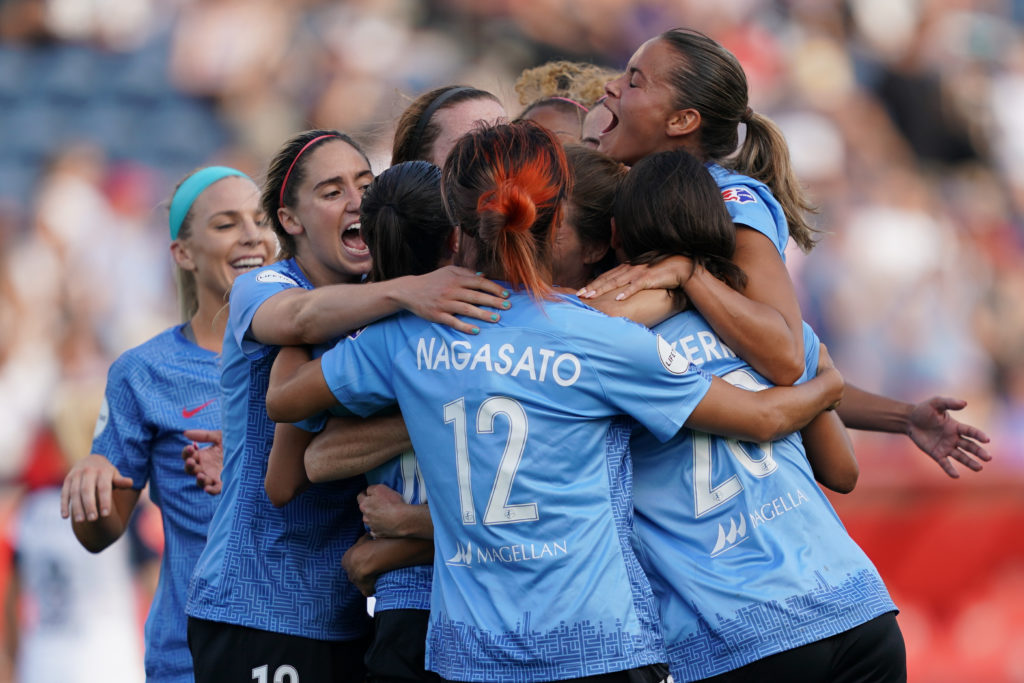 There’s nothing like a rivalry in professional sports. Rivalries can happen due to proximity in location or just because there’s a bit of history between two sides. North Carolina and Illinois aren’t next-door neighbors. However, they’re not separated by an entire country — or the Midwest. However, the rivalry between the Chicago Red Stars and North Carolina Courage fermented due to a few lopsided results.

That rivalry was put on display Sunday night, on prime time viewing for the NWSL. As part of a 14-match NWSL and ESPN deal, the match was broadcast on ESPN 2. With a crowd of 17,388 fans in attendance, the match didn’t disappoint. Chicago took the home victory, notching three valuable points, at SeatGeek Stadium.

This ball from @Debinha7 is perfection and the finish from @lynnraenie is just as nice. @TheNCCourage go up after 30 minutes. #CHIvNC on ESPN2. pic.twitter.com/9j14Xv1OL4

Before scoring, North Carolina forced Alyssa Naeher to make five saves. However, in the 30th minute, Naeher could not stop Lynn Williams. The North Carolina Courage striker was found by Debinha, the Brazilian midfielder, on the side of the box. Williams finished the job, slotting the ball at an angle past Naeher.

Good things come to those who wait. @vdibernardo10 holds up her run just enough to slam home the ball from @agilli16 for the @chiredstarsPR equalizer. #CHIvNC on ESPN2 pic.twitter.com/Vy4VdJt8rn

Seven minutes later the Red Stars answered. Vanessa DiBernardo made the most of her opportunity on a free kick, completely losing all of her defenders and finding room. She slotted her goal past Stephanie Labbé, for her first goal of the NWSL season.

Meanwhile, in the second half, Australian international Sam Kerr found the back of Labbé’s net in the 58th minute. Kerr’s shot was assisted by Katie Johnson, the Mexican international. Since coming back from the World Cup, Kerr has scored four goals in four matches.

.@samkerr1 will NOT be denied.

With the three points, Chicago moves up to third place, holding onto 20 points. Meanwhile, the Courage drop down to second place, as the Portland Thorns FC gained three points this weekend with a 2-2 draw against the Utah Royals FC on Friday night.

Up next for the Red Stars is a trip out to the West Coast to face Reign FC in Tacoma, Washington, on Sunday at 4 p.m. EST. Meanwhile, the Courage will make another trip to prime time television with a contest against the Royals on Saturday night at 10 p.m. EST.