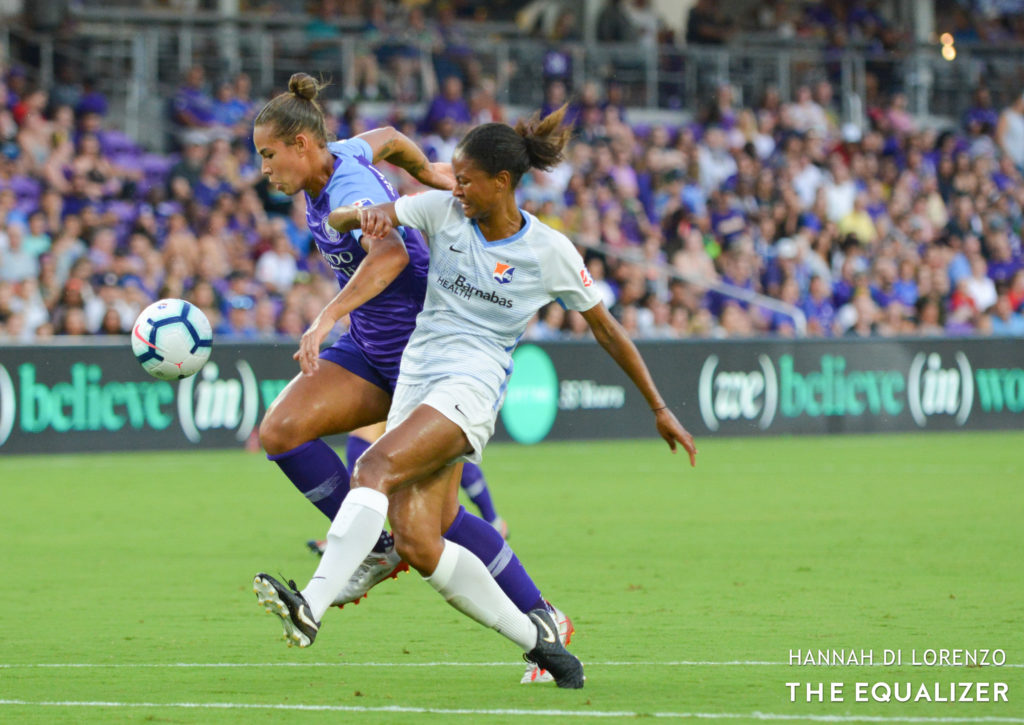 They might be at the bottom of the table, but that doesn’t mean the Orlando Pride and Sky Blue FC won’t give it their all. Instead, they give 110 percent, always keeping up the physicality with each other. That showed up on Saturday night, as the two sides faced off down in Florida. Orlando took home three points at Exploria Stadium, winning with a final of 1-0.

Marisa Viggiano netted her first professional goal for the Pride. She was drafted this past year with the 30th overall pick in round four at the NWSL College Draft. Entering the profession out of Northwestern, Viggiano has gotten minutes in her rookie campaign. The midfielder has earned eight appearances, with four being starts. Viggiano’s first-ever NWSL start came against the Utah Royals FC on May 25.

Viggiano’s goal came off a rocket shot right outside of the box. With Marta and Rachel Hill in the box, Viggiano elected to take the shot herself — and it paid off. Kailen Sheridan stretched out, but could do nothing to save the rookie’s shot.

Both teams had chances throughout the match, but Orlando looked dangerous with Chioma Ubogagu finding the best opportunity, but it sailed wide of Sheridan. Marta and Hill took four shots each, but only a single shot from Hill registered on target.

This is a whole lotta talent in one pic. pic.twitter.com/fh7FVapGsC

In other news, Claire Emslie made her NWSL debut, entering the match for Hill in the 64th minute. The Scotland native was signed in May, but did compete in the FIFA Women’s World Cup, which halted her debut in Orlando.

Orlando’s three points still keeps the team in eighth place. However, they’re now breathing down the necks of the Houston Dash, who are facing off with the Washington Spirit. Meanwhile, Sky Blue FC occupies the last place position, sitting with eight points and ending a two-match win streak. 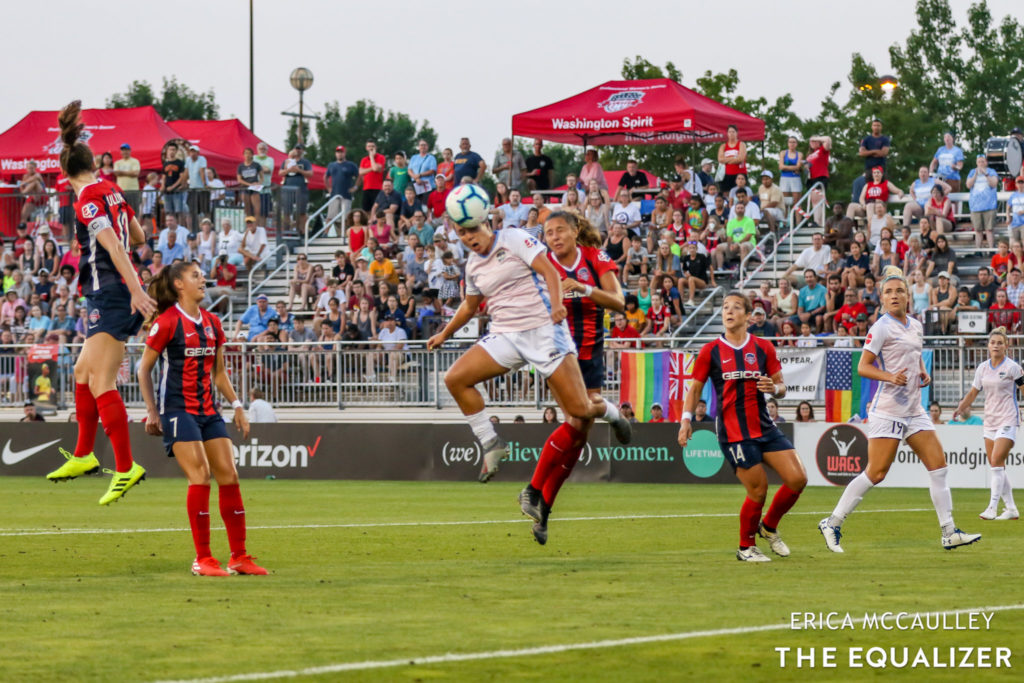 Jane Campbell’s stoppage-time save on Mallory Pugh’s penalty kick preserved an important three points for the Houston Dash on Saturday at the Maryland SoccerPlex.

All three goals came in the second half after a lightning delay at halftime kept the teams in in the locker rooms for over an hour. Jordan DiBiasi put the Washington Spirit ahead in the 52nd minute with a wonderful header that came via Sam Staab’s long throw-in, which was redirected off the head of Houston defender Allysha Chapman.

But the lead lasted only four minutes. Kristie Mewis finished off a gorgeous sequence for the Dash to net the equalizer.

The Dash looked like they might blow the road victory when Jamia Fields, who had just come on for Sofia Huerta, fouled Andi Sullivan in the box and Washington was awarded a penalty kick. Campbell, however, would guess correctly on Pugh’s tame effort and punch away the shot.

The victory is Houston’s first since May 11, snapping a three-game losing streak and a seven-game winless streak. Despite those struggles, the win keeps Houston in the playoff picture as August nears.