World-class and mostly overlooked: The story of Charlyn Corral 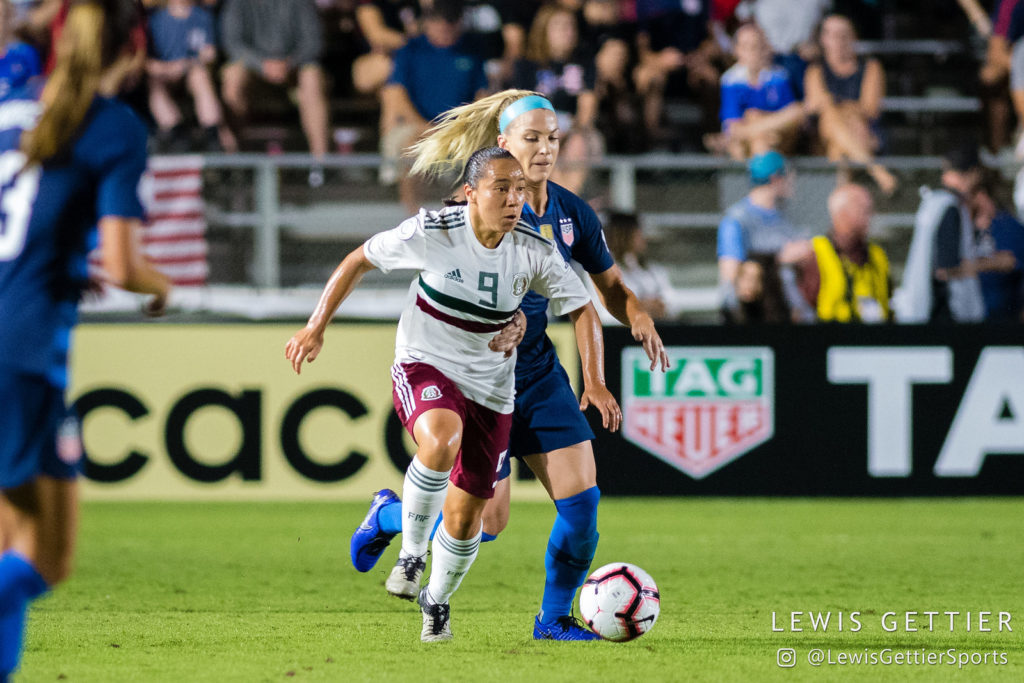 Who is the best striker in women’s soccer? Thinking in terms of pure goals, Christine Sinclair, Vivianne Miedema or Eugénie Le Sommer might come to mind.

There is, however, a less-heralded name to watch.

Charlyn Corral scored at least 20 goals in each of her four seasons at Levante in Liga Iberdrola, Spain’s top flight. She left the club following the 2018-19 season and earlier this month was announced as one of Atletico Madrid’s newest players, which puts her in position to feature in the UEFA Champions League this season.

Atletico and Barcelona are the big two in the rising European league, which left Corral and Levante a distant third last season. With the larger platform at Atletico, the Mexican striker will be able to show the wider world why she should be discussed among the world’s top goal-scorers.

There is something deeply unassuming about Corral. She is not a towering center forward like Miedema or Sinclair, nor is she a player who turns out for the very best team in Europe each week like Le Sommer. Yet with 20 goals in the league over the 2018-19 season (a dip from her golden boot-winning 24 the previous term), it’s hard to fathom why Corral remains off the collective radar of the masses.

Corral’s story – so far – is as much about what happens on the pitch as off of it.

Access the best women’s soccer coverage all year long
Start your FREE, 7-day trial of The Equalizer Extra for industry-leading reporting and insight on the USWNT, NWSL and beyond.
Subscribe
Existing Users Sign In Here
Related TopicsAtletico MadridCharlyn CorralExtraFeaturedLiga IberdrolaMexico

Will women’s soccer break through, or be a quadrennial phenomenon?
The Lowdown: Catching up with the NWSL