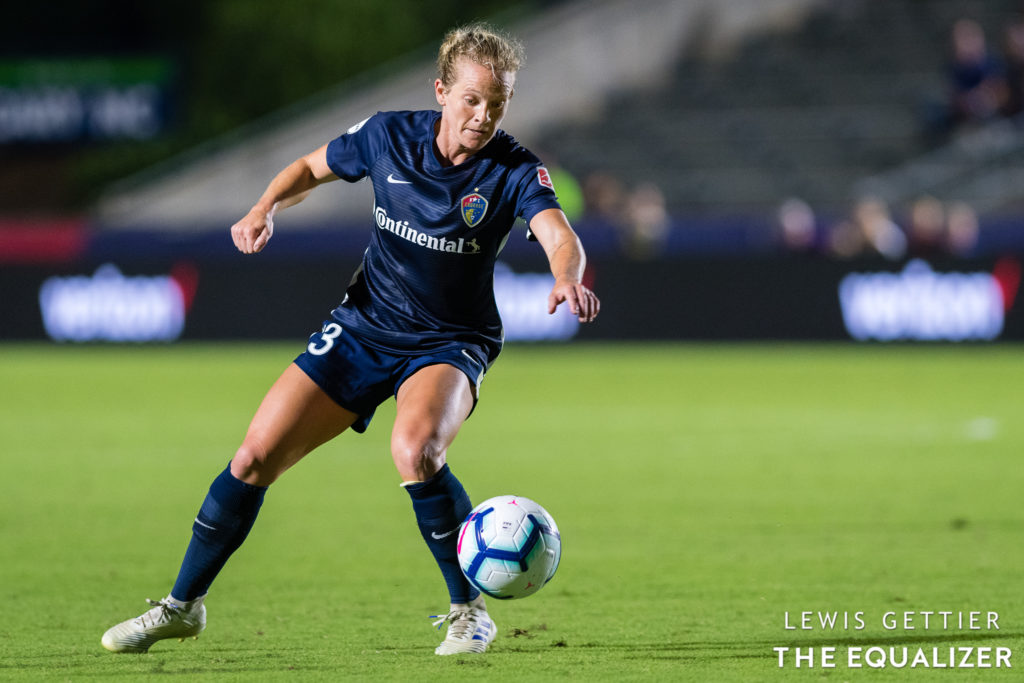 CARY, North Carolina — Kristen Hamilton scored six goals over the first five years of her professional soccer career. She’s netted seven in her last three matches for the North Carolina Courage, including two hat tricks and an National Women’s Soccer League-record-equaling four in a single game, good enough to earn her the league’s Team of the Month and Player of the Week honors. But the most astounding aspect about Hamilton isn’t her recent scoring surge. It’s that she’s still around to accomplish it.

Hamilton was the final player selected in the 2014 NWSL College Draft. Her rookie season with the Western New York Flash ended before it began with a serious knee injury. Far fewer obstacles have derailed budding soccer careers, especially when the payoff for your perseverance is uncertain job security, paltry salaries, and a career often spent coming off the bench.

So, why is Kristen Hamilton still playing? Why is she still subsiding on NWSL wages? Why is she still grinding through daily training sessions, often assigned to the scout team to emulate the week’s opposition for the starters?

“I love the game,” Hamilton says.

Access the best women’s soccer coverage all year long
Start your FREE, 7-day trial of The Equalizer Extra for industry-leading reporting and insight on the USWNT, NWSL and beyond.
Subscribe
Existing Users Sign In Here
Related TopicsExtraFeaturedKristen Hamilton

Will women’s soccer break through, or be a quadrennial phenomenon?
NWSL Friday: Sky Blue FC compile second-straight win against Utah