Logistics were a real problem in France 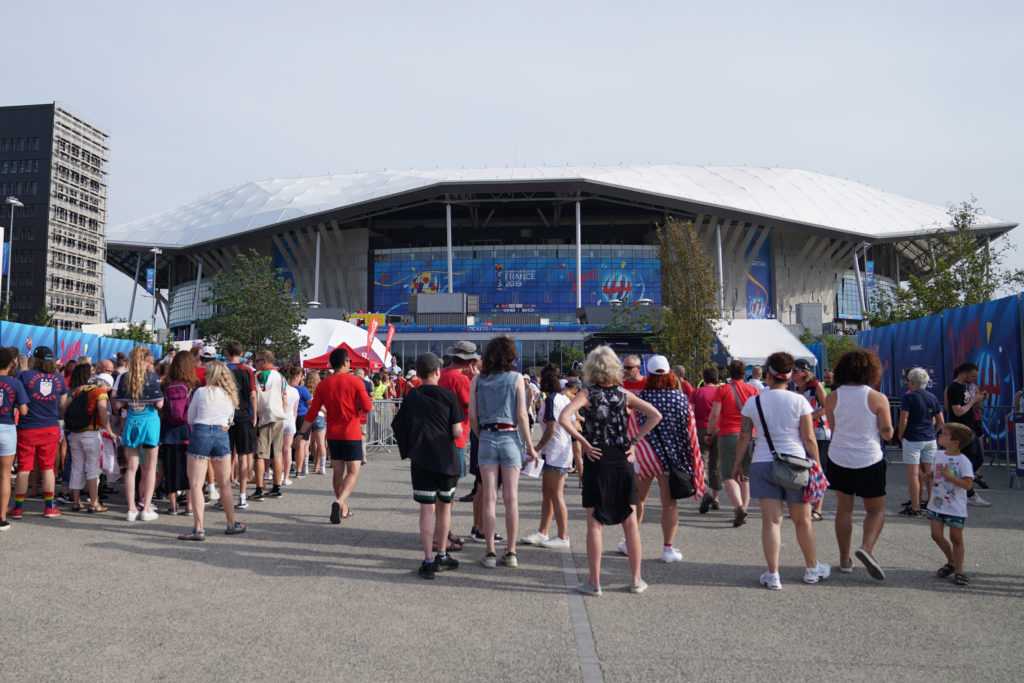 Megan Rapinoe’s instantly famous words stuck with me throughout this World Cup. Bring on the “sh*tshow circus,” she said.

Rapinoe was speaking about the media storm that was to come in Paris for the United States women’s national team’s quarterfinal against hosts France. Le Grande Match finally was happening after six months of anticipation. The two largest fan bases at the World Cup eagerly awaited a victor.

Rapinoe’s turn of phrase, however, felt equally applicable to local organization for the tournament. Except for Paris, where the metro system is considered one of the best in the world, France felt ill-prepared for the scale of the 2019 World Cup. What’s worse? It didn’t feel like there was much effort to fix things.

The ticketing nightmare that saw fans separated from their family and friends seems like a long time ago now, but it kicked off a trend for fans. Nothing at this World Cup was going to be easy.

Major sporting events always have hiccups. Tens of thousands of people descend upon the same destination at the same time – and, in the case of the World Cup, are completely unfamiliar with the locale. That makes some logistical issues inherent; they are a product of the scale of the event. You can’t make everyone happy.

But what we witnessed in France – in Reims, in Le Havre, in Rennes and even in Lyon for the semifinals and final – was a frustrating combination of negligence and incompetence.

In Reims, where the United States opened their tournament, I encountered dozens of fans stranded at the main train station at 2 a.m. Some of them hadn’t checked to make sure that there would be trains back to Paris that late (there weren’t, and the city’s hotels were sold out). That is certainly on them. But others just couldn’t find a way home even within the city.

Uber frequently produced a ‘no cars available’ message, and there were only a handful of taxis circulating the city. These people were standing at the designated taxi pick-up station. After an hour of only one taxi coming back and forth to the location, I personally managed to get an Uber car that was 15 minutes away – only thanks to a kind stranger who gave me her portable battery as she managed to snag one of the rare taxis. Thank you to her, if she’s reading this. Some fans staying at my hotel, about two miles from the city center, walked home at 3 a.m. after running out of options.

The problem persisted again upon our return to Reims, for the U.S.’ round-of-16 match against Spain. Public transit in the city – which is just a single tram line and a bus system – shuts down around 11:30 pm. Local kickoff times for the late games throughout the tournament were 9 p.m. to help with the U.S. TV window. Those late kickoffs meant the matches ended just before 11 p.m. local – if they didn’t go to extra time.

In Le Havre, a queue of approximately 200 people – by the count of myself and a colleague, as well as some who were standing there – still stuck in line for taxis over 90 minutes after the U.S.-Sweden match ended. There were no taxis in sight. The city isn’t actually large enough to handle the type of crowd which showed up for World Cup matches, so many fans were stuck in Honfleur and Deauville, across the water to the south – but with no public transit to get to and from there. One fan told me she paid a young man €100 to get home after making no progress in the taxi line.

And as if not to be outdone, Lyon – which only hosted the two semifinals and the final – began a construction project on its main tram line the day before its first World Cup match. Not the day after the final (that was reserved for starting a project on a second tram line, as tens of thousands of people tried to get out of the city). Right. Before. Their. First. Match. I can’t think of a better example than that from a month-plus in France of a host city screaming ‘WE REALLY DON’T CARE.’ Nobody thought that should have waited an extra week?

The second semifinal, between Sweden and Netherlands, might have been a bore of a match, but it was still a World Cup semifinal which went to extra time. And as the two teams kicked off the 30 minutes of bonus soccer, they did so to a half-empty stadium. Many fans reported that they left early for fear of being stranded, as some were the night before for the U.S.-England semifinal. Some even skipped out on the game entirely after the hassle they had the night prior.

Lyon has one tram line that runs to the stadium, which can hold nearly 60,000 people. Each train holds what appears to be, roughly, a few hundred people. The Sweden-Netherlands game ended at 11:39 local time. The last tram back to the city was 12:45 a.m. You can very easily see the issue here.

No paying fan should have to choose between skipping extra time  — or the entirety — of a World Cup semifinal and possibly getting stuck in a foreign city late at night.

A few things need to be made clear: firstly, FIFA and the local organizing committee (LOC) are different entities (for now; word is FIFA is set to take operations in-house going forward). FIFA, for all the criticism it gets, runs a pretty tight ship logistically. It’s an organization with plenty of experience putting on major events.

The LOC is a combination of local government and officials who are tasked with making a World Cup – or an Olympics – run smoothly. They handle the logistics, and the ‘L’ in their name is “local” for a reason. They know the respective city and country, and ostensibly are experts on what will be needed to make for a smooth operation when a city is infiltrated by so many visitors. Making sure that there is adequate public transit – even something as basic as having it run late enough to handle a game ending at 11 p.m. – is a basic task. Adding taxis in addition to and in lieu of public transit is simple logic.

This World Cup didn’t sneak up on anyone. France had four years to plan, and still it failed miserably at being prepared in any place other than Paris, which was a relative breeze.

Second: Yes, some of this is cultural. There is more of a laid-back attitude to French culture than there is in the U.S., for one. “It depends,” was a phrase I heard all too often, including for stadium rules in Lyon – which absolutely boggled my mind. World Cups and Olympics are about celebrating local culture, so there has to be an acknowledgement that some things are just done differently. And there’s no doubt that there are people – including some I met – who had no issues in France.

And that leads to a third point: Issues encountered throughout the month weren’t simply limited to transit. There was a gross lack of preparation inside of stadiums, which suggests that local organizers weren’t prepared for their stadiums being sold out.

Consistently, fans reported that stadium vendors ran out of substantive food – hamburgers, hot dogs; anything more than popcorn – nearly an hour before kickoff of matches. Merchandise was either hard to find or, when it wasn’t, the line to purchase it was untenable

As usual, organizers always underestimate demand for woso merch … this is line at one of eight merch stands at Lyon Stadium, nearly 90 minutes before kick. No vendors walking around with quick sale merch like Moscow 2018. pic.twitter.com/0Enhk0TIg2

It’s as if nobody was prepared for those one million-plus people who attended matches to have further discretionary income that they wanted to spend at the game. Or that they might want to eat there. Shocker: People want to spend money on women’s soccer!

Fair or not, that these issues persisted throughout the tournament suggests that nobody actually cared to fix them. You can’t build a whole new public transit system, but you can make sure there’s enough food at an event to not run out of it before the match even starts. You can make sure that there’s enough signage in host cities to actually convey that they are hosting World Cup matches.

All of this was really an unfortunate side story to the incredible tournament we witnessed on the field, as well as the magnificent story lines that played out in front of our eyes. It isn’t the main story, but it shouldn’t be ignored, either. There are missed business opportunities here.

What’s done is done, but I sincerely hope that wherever the 2023 World Cup is – and that we won’t have that answer until next year is yet another problem in FIFA’s lack of planning for the Women’s World Cup – that adequate attention will be given to it. Plan for it. Advertise it. Embrace it. Market it. Profit from it.

Let’s hope that organizers understand that there will be fans, in large numbers – and with money to spend – who will be attending the Women’s World Cup. It’s 2019. It’s time to wake up.

Over and out from the 2019 Women’s World Cup
The Big Party: USWNT take on New York City for victory parade