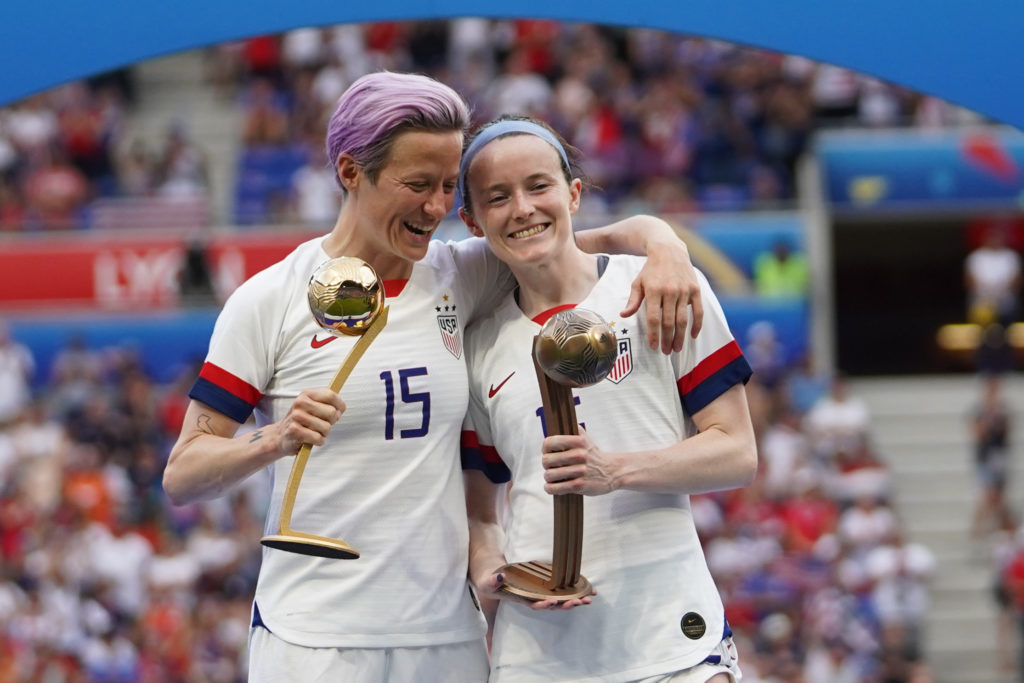 LYON, FRANCE - JULY 07: during the 2019 FIFA Women's World Cup France Final match between The United States of America and The Netherlands at Stade de Lyon on July 7, 2019 in Lyon, France. (Photo by Daniela Porcelli/Getty Images)

In what seemed at times over the last four years to be a very distant possibility, the U.S. has repeated as World Cup champions, joining Germany as the only women’s teams to win back to back titles and setting themselves even further from the crowd with a record fourth star. With 12 of the 23 players earning their second championship and phrases like “best U.S. team ever” being thrown around, comparisons between the 2015 and 2019 squads are inevitable. So how do they line up?

Path to the Semifinal

For the first 45 minutes of the U.S. opening match in 2015, a ghastly half against Australia that saw an early goal by Megan Rapinoe (sound familiar?) cancelled out by Lisa De Vanna 15 minutes later, U.S. fans thought all the dire pre-tournament predictions were coming true. The defense was a mess, the midfield nonexistent, and Abby Wambach looked like a player who wasn’t playing club soccer, which was true. And then … things turned around. The US went on to win that game 3-1 with a Rapinoe brace (ahem, sound familiar?) and Christen Press goal. After that, they posted five straight clean sheets and came within seconds of setting the record for most consecutive minutes in the World Cup without conceding a goal.

The U.S. defense, anchored by a phenomenal Becky Sauerbrunn who had a nearly perfect tournament and led by the indomitable Hope Solo in goal, earned the moniker Department of Defense for good reason. They came together as a unit to form one of the best backlines the U.S. has ever brought to a tournament, smothering everything that came their way and leaving Solo with little to do after the Australia match, at least until the semifinal came around…

The Big Party: USWNT take on New York City for victory parade
Tierna Davidson skipped her senior year at Stanford, but was it worth it?