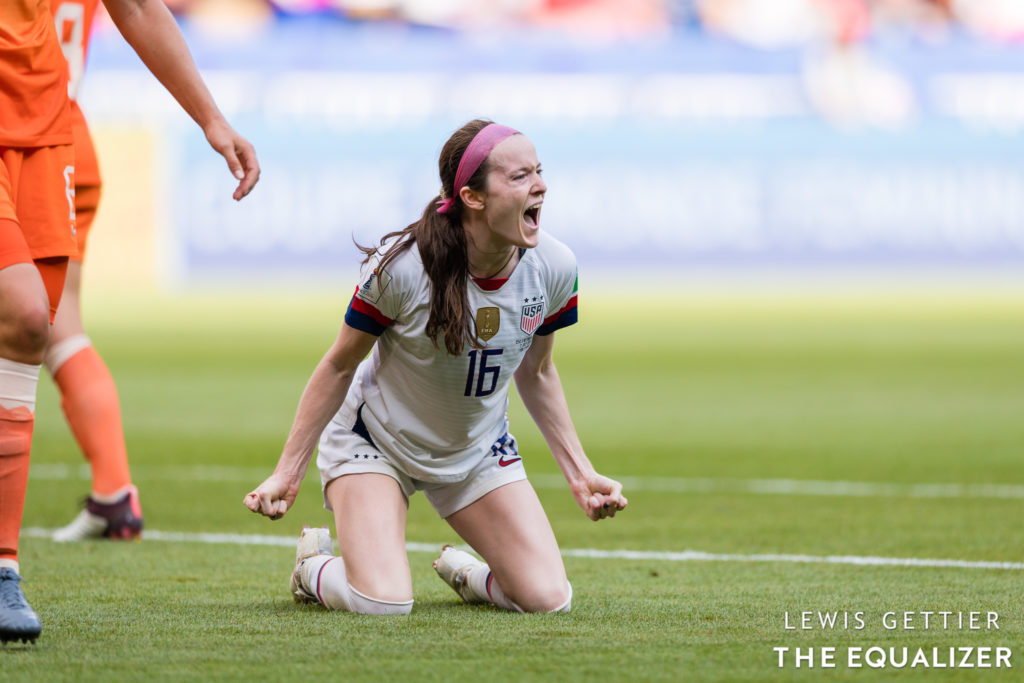 LYON, France – Everything about the scene at the Stade de Lyon was familiar. A sold-out crowd of mostly Americans watching the team in white stormed the field, grabbing American flags as they formed several small group huddles to celebrate. Another World Cup, another U.S. victory.

Four of the eight all-time Women’s World Cups have ended this way, including the past two. The Americans successfully defended their title on Sunday with a 2-0 victory over the Netherlands, a result so overwhelmingly expected that the U.S. were already, in many people’s eyes, the champions the moment they won their semifinal game against England.

What wasn’t so predictable was how the United States won. The Americans, who had scored in the opening 12 minutes of all six prior matches in the tournament, found themselves in a scoreless deadlock at halftime. The Americans – not the Dutch – looked like the team more likely to concede just before the half.

Netherlands goalkeeper Sari van Veenendaal had put on a clinic, making four saves in the opening 45 minutes to deny the Americans the throttling start they’ve enjoyed all tournament. There seemed, even if just for a moment, an iota of doubt that the Americans would win the match as handily as most predicted.

The Dutch were sloppy in the final third, but they pressured the U.S. in the first half, and nearly caught them out on a couple of occasions in the opening half-hour. Important tackles from Crystal Dunn and proactive goalkeeping from Alyssa Naeher prevented potentially dangerous situations from becoming goal-scoring opportunities.

The Equalizer Podcast, Episode 67: We Have a Winner (It’s the USA)
From the penalty spot to the podium, Megan Rapinoe ruled this World Cup