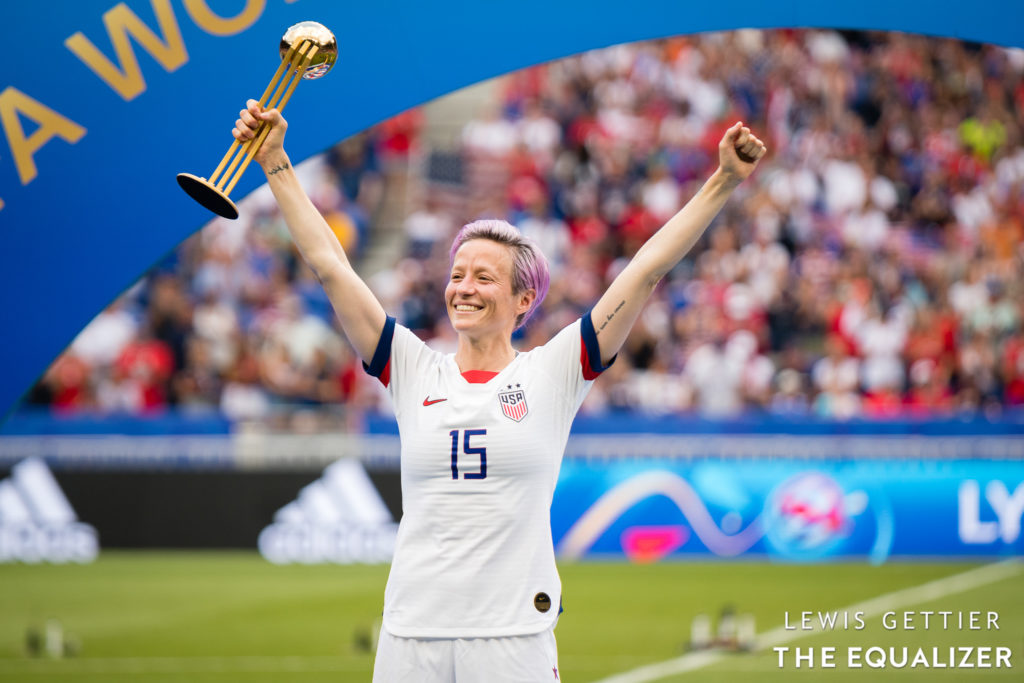 LYON, France — Megan Rapinoe paused on her way to the stage to receive her Golden Ball as the most outstanding player of this Women’s World Cup. She looked up to the stands, put her arms out and then blew kisses with each hand. Rapinoe had scored the World Cup-winning goal, calmly burying a penalty that cut some of the tension out of an unexpectedly close final against the Netherlands. In that moment, with the crowd at Parc Olympique Lyonnais in the palm of her hand, the world belonged to Megan Rapinoe.

Every World Cup has a Golden Ball winner, but it’s rare, if not unprecedented, for a single player to own an entire tournament quite the way Megan Rapinoe has.

Over the last 31 days, Rapinoe was the key player in a winning U.S. campaign, winning the golden boot and scoring three game-changing penalty kicks in the knockout rounds. From the left wing, she was consistently one of her team’s biggest creative threats in the run of play. And off the field, she impressed with her indefatigable ability to calmly, eloquently answer questions about social issues in a way that demands the world pay attention — and even makes those conversations seem cool.

“Megan was built for these moments, built to be a spokesperson for people,” U.S. head coach Jill Ellis said following Sunday’s 2-0 win over the Netherlands.

The USWNT lives in pressure, and it continues to set them apart
Netherlands’ magical run comes to an end