FIFA doubles commitment, but is it enough? 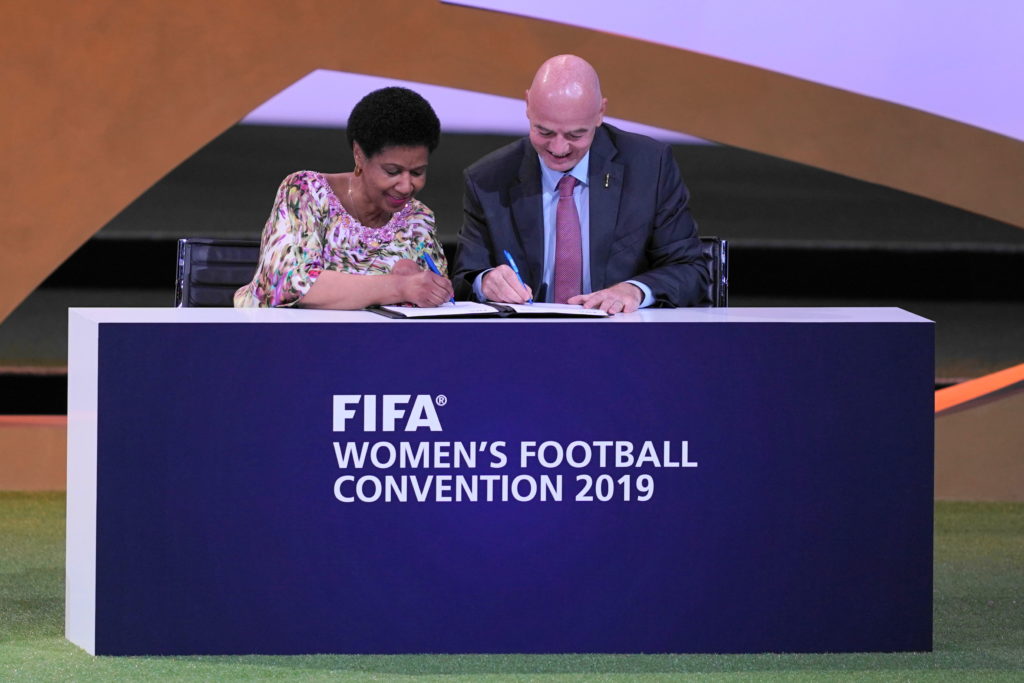 LYON, France – Money talks in sports, and FIFA President Gianni Infantino has announced that FIFA will double it’s investment in the women’s game from the $500 million announced at the start of this World Cup to $1 billion. Where that money will go, and how it will be invested into the women’s game remains to be seen.

The 2019 World Cup champion will take home the lion’s share of $30 million in total prize money. That’s just a drop in the bucket when you compare it to the men’s 2022 World Cup in Qatar. Thse teams will split up a cool $440 million in prize money.

“It certainly is not fair,” Megan Rapinoe said when asked about the gap in prize money. “We should double it now and use that number to double it or quadruple it for the next time. That’s what I mean when we talk about, ‘Do we feel respected…?'”

While FIFA does plan to double the prize money to $60 million for the 2023 Women’s World Cup. It’s simply still not enough. The lack of respect, investment, and resolve from FIFA to provide the same prize money structure for both genders is an ongoing battle.

“Money, money, money, money,” Rapinoe said. “Money from FIFA, money from federations, money from advertisers, sponsors, rights holders, TV, all of that. Investing in infrastructure, training programs, academies for women, in coaching for women. I don’t think you get to the point of having an incredible business by running it on a budget that is one dollar more than it was last year. You have to make big, up-front investments and really bet on the future.”

In order for the women’s game to continue with growth, and development, all over the globe, there needs to be movement, and not just a grand gesture, and splash of cash.

“Hopefully he follows through,” Kristine Lilly said of Infantino’s comments. “I know that there’s $500 million (now $1 billion) that they say. There’s a lot of numbers going out. We hear all these things, but I think we just need action. I think the money needs to be put in places to help it grow.”

“You look at a country like South Africa, new to the World Cup,” Lilly continued. “They need that support. I think we need to use those dollars for good things, and be accountable to where they go, and make sure we check on where the dollars are being spent. Make sure it’s on the women’s and girls programs.”

Infantino has insisted that the Women’s World Cup move from 24 teams to 32 teams. There is no logical reason why that should happen for 2023. It’s too soon to add an additional eight teams when sides like Thailand, South Africa, and Jamaica were outmatched at the current World Cup. There is a desperate need to help progress women’s football outside of a World Cup year. Adding a significant investment to $1 billion from FIFA would be massive. It only works if federations are going to give back, and help their own countries grow.

To seize the moment, Christen Press changed her game

The Head of Concacaf Women’s Football, Karina LeBlanc, knows that the investment in the game needs to be there if the support is going to continue to grow. Writing a massive check doesn’t always equate to making a positive change for countries still fighting for equality in football.

“This World Cup has been a success, you look at the numbers, they’ve broken records left, right and center. It grows, and now to have the president come out and say that, that’s a strong statement because the women’s game is moving forward and that’s where they want to move with it.

“When the president comes out and makes a statement like that, you know. I’ve been in meetings with him that this is about just getting the job done.

“The fans are showing up, the passion,” LeBlanc added. “It’s not just the men’s game anymore; it’s the women’s game and as a former player, I’m proud and now being (on the) administrator side, we’re having real conversations and I’m happy about that.”

As much as Infantino wants to wave the FIFA cares about women’s football flag. It’s all just lip service until action is taken and the ‘paying field’ is equal for men, and women.