The NWSL might be missing its World Cup window 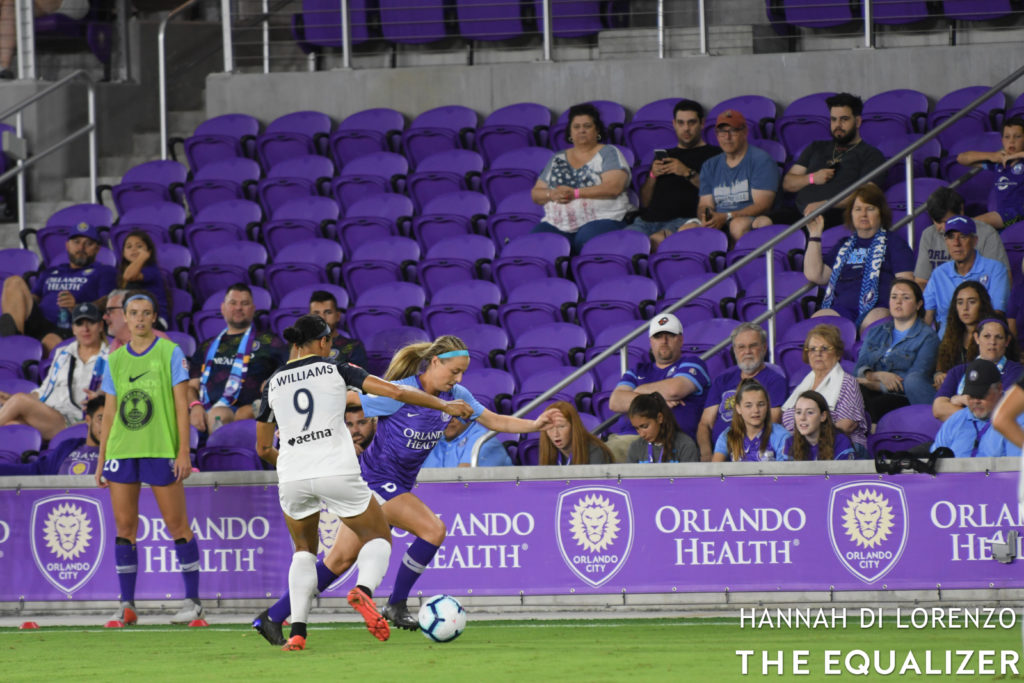 LYON, France – For three more days, the attention of millions of Americans will be on women’s soccer. After that, someone will need to pick up the ball.

The National Women’s Soccer League took a big step in that direction on Thursday, announcing a 14-game television deal for the remainder of the 2019 season. The deal with ESPN networks includes eight games on ESPNEWS and six games on ESPN2. Games for the first half of the season were not televised—following the early end of the league’s deal with A+E Networks in February—but were available on the league’s website and through a streaming deal with Yahoo Sports!

“To be able to partner now, for the remainder of this season with ESPN and again bring our games into a number of households and on a sports network where we’ll be able to hopefully capture the audience of those that are tuned in to ESPN whether for soccer or other sports that ESPN carries—we think it’s really important,” she added. “We’re really excited to partner with ESPN again and hopefully build a long-term relationship.”

The deal with ESPN networks only extends through the end of 2019, but Duffy is hopeful it can act as a springboard towards a longer-term relationship.

“We feel good that we’ll be reaching a much larger audience now that we’re back on network television and outside of the games, ESPN will be providing its support and promotion of matches in the league across its platform where it’s able to,” said Duffy.

This season, the quality of the streams on Yahoo Sports! have also represented a marked improvement from last year’s league broadcasts with go90.

Still, Duffy admits that a television deal is important for any professional sports league.

“The Verizon and Yahoo Sports! distribution and platform has been good [but] it has some limitations and being able to bring [games] into homes through television is important for us,” she said. “I do think it will make it more accessible and it will give it a better opportunity for a more casual viewer to see NWSL and its games.”

Beyond the TV deal, Duffy did not offer specifics on the league’s plan to promote the NWSL after the World Cup, speaking in broader generalities about data supporting a World Cup bump in 2015 and discussions with “potential national sponsors.” Back in May, The Equalizer reported that the league had extended its deal with Nike through 2022, but now two months later, no official announcement has followed. There is also another big announcement that should be made in the coming days, per multiple sources.

Multiple NWSL owners, however, expressed to The Equalizer a frustration with the way the league itself has missed the opportunity to promote itself during the World Cup. Significant staff losses at NWSL Media—the commercial arm established when the A+E partnership was born—are also believed to have hampered efforts to promote the league this season and this summer.

Since its inception, the league has been bolstered by the support of U.S. Soccer, which subsidizes the salaries of many of the top American players and provides logistical support in the NWSL’s front office—believed to be a total around $15 million since 2013.

Owners also expressed to The Equalizer a frustration with the federation, especially in the set-up of the arrangement of SUM (Soccer United Marketing)—which markets the rights of the federation and Major League Soccer, but not the NWSL. Some owners believe that has created a built-in conflict of interest where, at times, the federation and the league have become inadvertent competitors for sponsorship dollars.

The federation, for its part, knows that it needs to continue to invest in and support the league, but also wants to get out of managing the NWSL on a day-to-day basis. That will, of course, require increased investment from the league’s owners—still a mishmash of scrappy independents, charismatic trailblazers and well-funded yet seemingly apathetic caretakers.

The management agreement between the federation and the league is set to expire at the end of this year, when owners are expected to assume ultimate power over league decisions. Both sides also recognize the contributions of the other. The owners know that without federation support the league never would have gotten off the ground in 2013. The federation knows that many owners have lost millions of dollars in a project driven more by passion than financial gain.

The NWSL’s commissioner, Jeff Plush, stepped down in March 2017 and the league, to this day, operates without one. Then managing director of operations, Amanda Duffy, became the face, if not the de facto head of the league, until being promoted to the position of president this January.

Also this January, the director of communications left the organization and it was believed the position would be split into two jobs—one for brand management and one for public relations. Five months, nearly halfway through the 2019 season and in the middle of the World Cup, the league finally announced the hiring of a director of brand management in June. A second hire has not yet been announced.

These facts alone make it fair to wonder if the NWSL is in position to capitalize on the increased attention being paid to women’s soccer in the wake of the 2019 World Cup.

All 23 players who are representing the U.S. team in France play in the league, as do 34 other players competing for other nations. The American league is generally regarded as the most competitive in the world and at least partly responsible for helping the U.S. maintain its dominance in the long gaps between major world competitions.

However, large investments across the world, particularly in Europe, may signal a changing landscape—one that the NWSL may not be prepared to meet. Seven of the eight quarterfinalists in the World Cup were European and many have recently seen major investments in their domestic leagues as some of the largest clubs in the world begin to enter the women’s game.

NWSL clubs have proven that money alone, to say nothing of partnerships with men’s sides, does not automatically equal success. However, the growing interest in women’s soccer throughout the world could certainly represent a danger to U.S. hegemony on the world stage. That, in turn, could endanger the popularity of a league still largely reliant on the star power of its American players and their culture of winning on the world’s biggest stage.

The league—now in its seventh season—began in 2013 with eight teams. Since then, it has experienced expansion, contraction and relocations. Today, there are nine franchises with massively disparate levels of ambition and money.

To put it simply, the league needs more money, investment, partnerships and exposure—as well as a more effective marketing strategy to stay firmly rooted in the day-to-day consciousness of the American soccer community coming out of this World Cup.