Sweden look to upset Netherlands in the semifinals 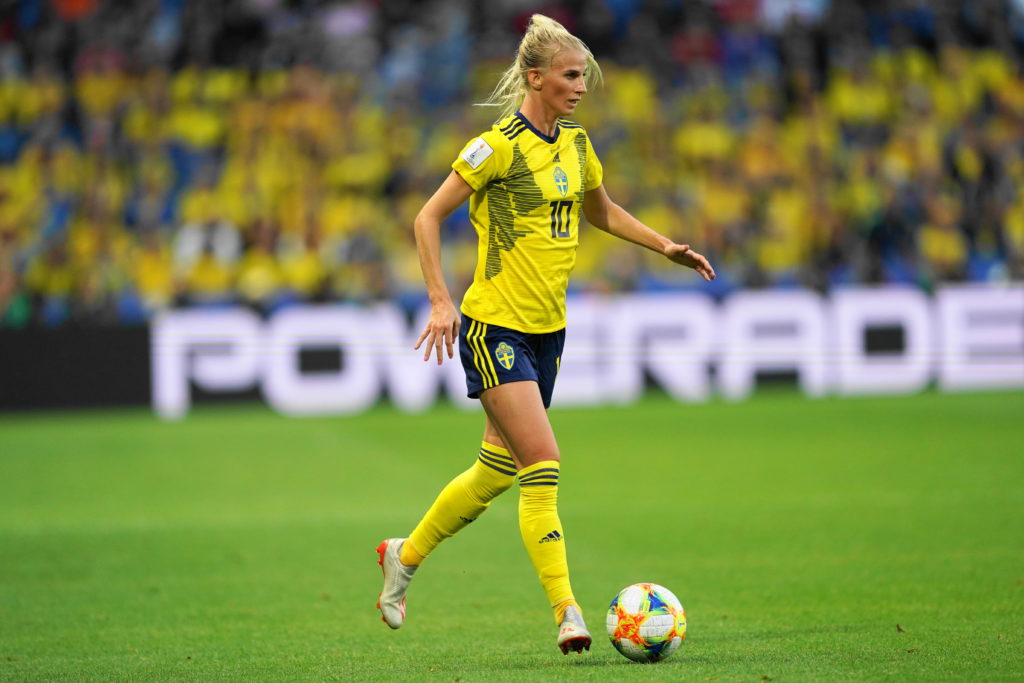 LYON – Sweden will look to book a spot in the World Cup final when they take on Netherlands Wednesday night in the second semifinal at Stade de Lyon. It has been a surprising tournament for a No.9-ranked Sweden side that’s upset Canada and Germany in the knockout round.

Ahead of facing the Netherlands, Sweden are a squad full of confidence and belief.

“I think it’s also going to be a very tough game against them,” Caroline Seger explained. “They’re a very good team, and have played many years together. They obviously won the Euro’s, and have a lot of confidence too.”

On the way to winning the 2017 European championship, Netherlands eliminated Sweden in the quarterfinals with a 2-0 victory. Lieke Martens and Vivianne Miedema made sure Sweden didn’t progress on that day. Two years on and Sweden have not forgotten.

“I feel like during the Euros, it’s night and day how we play,” Kosovare Asllani explained to The Equalizer. “We’ve got Peter (Gerhardsson) now, and he’s changed the way we play football. We play fun football, and we try to hold possession. Netherlands will be a tough opponent, but they’re not unbeatable. We’re going to do everything we can to be really prepared. That’s the recipe. We can’t just focus on ourselves, we obviously need to focus on their strengths, and weaknesses.”

The No.8-ranked Dutch side haven’t played their best football at the World Cup. While they topped Group E, fans and media have been less than pleased with how the Netherlands are playing. Wins over Japan and Italy haven’t quieted doubters.

Criticism has been especially vocal towards forward Shanice van de Sanden and Martens. Martens, who plays for club side Barcelona, is nursing an injured toe.

Yet, even with the Netherlands not playing like they did at the Euros, they’ve still managed to make it to the semifinals.

“We’ve got 23 players. I’ve seen Sweden a lot. We know Sweden. I think it will be a hard game to win.”#NED Sari van Veenendaal on #SWE

“We are the Dutch squad and we want to play our game. We want to have possession and wear them out.”#FIFAWWC pic.twitter.com/F122fDGIHE

If Sweden is going to stop the front three of Martens, Miedema and van de Sanden, Nilla Fischer and Linda Sembreant will have to be on top of their game. Miedema has shown she doesn’t need a lot of time and space to capitalize on a defensive mistake.

“We need to be really tight, and compact as a team,” Sembrant said of Miedema. “It’s a good player that’s playing in the box. She’s a little tricky. We need to be tight on her, and go hard. I think they’re a really strong team, and we need to look out for everybody.”

“I think overall, we could [have a] so much better performance than we did against them two years ago. Of course, a lot has happened with them. They have a new coach, we have a new coach. It’s going to be an interesting game,” Fischer said.

A place in the #FIFAWWC Final is up for grabs. Big.

It is #NEDSWE ???? tonight, and it's gonna be good! pic.twitter.com/QuqKPNuNhc

Sweden have made a habit of delivering quick attacks off the counter. Asllani, Fridolina Rolfö (suspended for this match), Stina Blackstenius and Sofia Jakobsson have the green light in transition. The Netherlands have been prone to turning the ball over and Sweden will be ready.

Sweden have shown they can beat anyone on any day, and the Netherlands haven’t played to their fullest potential. The U.S. have advanced to the World Cup final, and now it’s time for Sweden or the Netherlands to join them on Sunday.