Hamstring kept Rapinoe out, PK could have brought her in 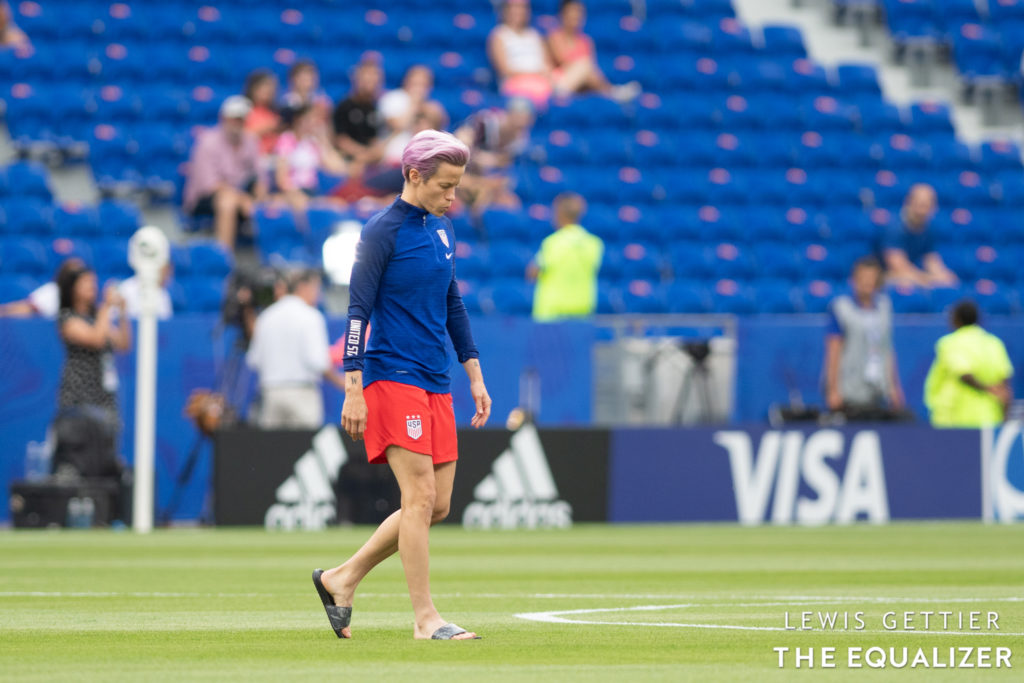 LYON, France — Megan Rapinoe was forced to sit out Tuesday’s United States semifinal win over England with a hamstring injury. She was replaced in the starting lineup by Christen Press who scored the opening goal in the 2-1 win.

When lineups were announced a little more than an hour ahead of kickoff, U.S. Soccer created a bit of a kerfuffle by telling multiple reporters that while it was not a disciplinary issue keeping Rapinoe off the bench, it would be addressed by Jill Ellis after the match. And then Rapinoe was seen standing at the corner of the 18-yard box during warmups, no shin guards, offering encouragement to teammates before being seen looking up to the stands and appearing to greet someone high above.

“Megan’s got a slight strain to her hamstring so wasn’t available today,” Ellis said in her post match news conference. When pushed about secrecy surrounding Rapinoe’s status, Ellis said that there was an outside chance she could have subbed in at the end of extra time to take a penalty.

“We gave our starting XI when we needed to,” she said.

Rapinoe’s absence did not prevent the United States from reaching the World Cup final for a third consecutive cycle, but it may have cost her a chance at winning the Golden Boot. Alex Morgan and Ellen White both scored in the match and sit on six goals each. Rapinoe’s five was tied with them heading into Tuesday’s semifinal.

Also on Tuesday, Rose Lavelle left the match with an apparent hamstring injury. Asked after the match how she was feeling the midfielder with a history of hamstring issues said: “I’ll be good. I’m good.”

Both players expect to be ready for Sunday’s final.