For Christen Press, a World Cup moment has been a long time coming 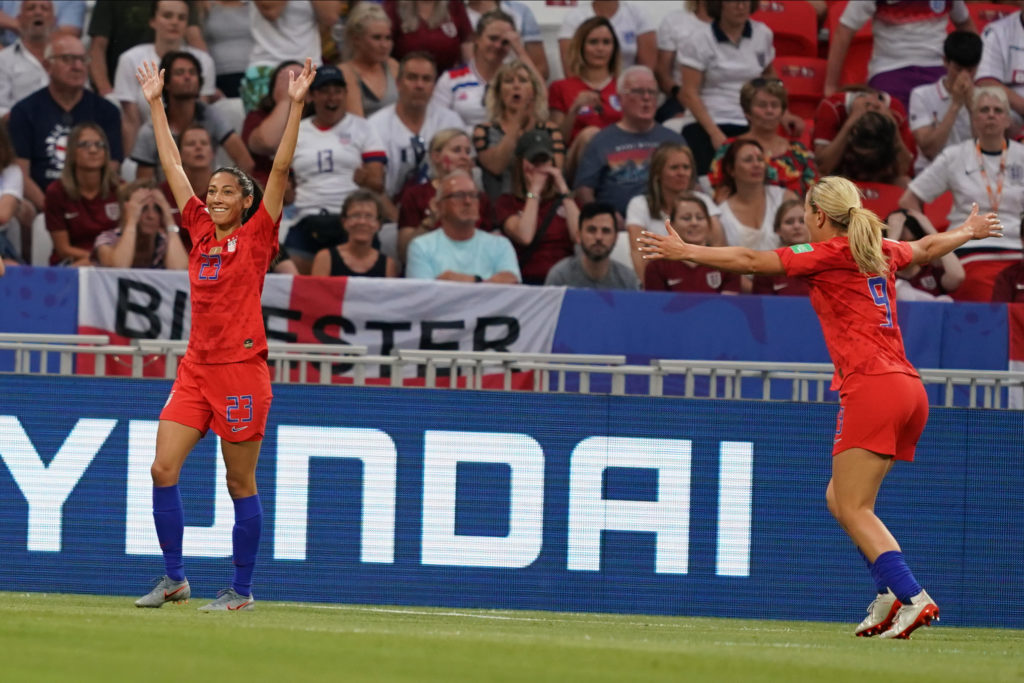 LYON, France — Christen Press raised both arms to the sky, index fingers extended to reach just a little farther into the rarefied air, and tilted her head upward as she flashed a beaming smile.

“I feel a little bit surreal. The whole moment was surreal,” the United States forward said after helping her team into a third straight World Cup final with a 2-1 victory over England on Tuesday at Stade de Lyon.

Press has been waiting for this moment for the better part of a decade. Maybe more like three decades, in truth, but the dream of World Cup glory has been particularly tangible for her since 2011, when she wasn’t in the picture despite a record-setting college career and stellar rookie professional season. She wouldn’t train with the senior national team until April 2012, and didn’t earn her first cap until 2013.

After being snubbed from the national team on all the traditional American pathways, she took a leap and signed with Goteborg in Sweden, and the spotlight found her far from home when she won the golden boot in the Damallsvenskan. Fortuitously, then-national team coach Pia Sundhage, a Swede, was keeping an eye on the league, and Press’ eye-popping form convinced her to bring the forward back into the fold.

But at the next World Cup, in 2015, Press had few opportunities to shine, scoring against Australia in the group stage but playing only sparingly off the bench in the knockout round — and the 2016 Olympics famously brought heartbreak, as she sent her penalty kick over the bar in the U.S.’ shootout against Sweden.

For a player who has long shone at the club level but hadn’t had a big moment in a big tournament, 2019 represented the next big chance for Christen Press, who is now 30. She entered this World Cup as a more complete, in-form player than ever — but is still a reserve in this deep U.S. side. She found out about 24 hours before Tuesday’s match that she would be starting against England in place of Megan Rapinoe, who was carrying a hamstring injury. This World Cup was Press’ biggest moment, and she delivered.