We should listen to the USWNT, even if they lose 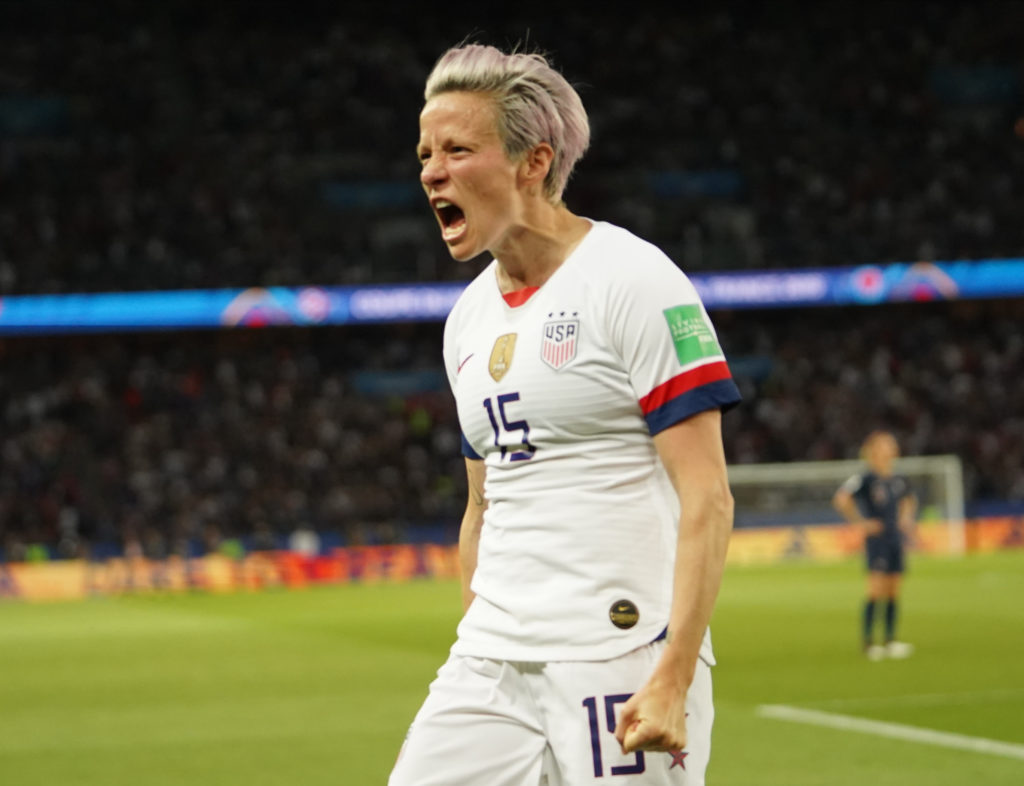 What Megan Rapinoe did on that Friday night in Paris, showing nerves of steel and scoring two goals on soccer’s greatest stage, was incredible.

But the magnitude of the moment wasn’t just about the game: the combination of athletic feat with bravery about social justice was one rare in the entire history of sports. Rapinoe dealt with an over-eager press, a lightning rod of a public figure, and the second-best team in the tournament, standing her ground and delivering. It was just a footnote in a remarkable career, but it showed exactly how good the U.S. women’s national team can be, despite the controversy they’ve dealt with in this tournament.

But now they have to do it again. Twice.

And as wonderful as Friday night was, it did highlight the limitations of connecting sports with social issues, as necessary as that practice might be. Megan Rapinoe’s moral backbone can’t help Crystal Dunn defend Lucy Bronze, and Alex Morgan’s sense of fairness and equality can’t get her ankle working to the level it was at against Thailand. Sports, as they’re played, exist without a ton of morality, which is perhaps why we attach so much significance to the outcome.

We see this all the time in men’s sports, the idea that redemption on the field can be framed as overcoming adversity regarding bad behavior off of it. We’d like to think that the highs and lows of the world around us also play out in what we see in a soccer game. Essentially, we as bystanders can easily conflate the desire for victory with some sort of higher calling, where the winners are actors of destiny, and failure comes down to a lack of moral fiber.  This is all pretty normal; we’re human beings, and we love a narrative.

But now, as the U.S. women’s national team prepares to take on England in a World Cup semifinal, the issue we are faced with is: these players have something to fight for, and they might lose anyway.

Part of the trouble here is the argument of the U.S. women’s national team players themselves, who have bought into U.S. Soccer’s idea that earned revenue is a necessary point in the fight for equal pay. Don’t get me wrong, the USWNT is winning that argument too — Nike just announced that the Women’s World Cup home jersey is their best-selling shirt ever in a single season, and the TV numbers for the World Cup have been through the roof worldwide. France’s opening match was the most-watched women’s soccer game in French history, and records have been set in the United Kingdom, Brazil, Italy, China, the Netherlands, Thailand, and more. Even in the U.S., despite the World Cup moving a continent away, Fox Sports is seeing growth in their viewership averages for the group stage as well as the knockout stages.

Women’s soccer is bursting at the seams, despite the institutional apathy built into the stewardship of it, and the story that the U.S. women’s national team is telling (along with a larger wave for world-wide gender equality) is part of that. But every piece of data brought up to prove why these players deserve more than they’re being given concedes a point that should be held fast: that the sport shouldn’t have to succeed without support, and winning shouldn’t have to prove you’re worth it.

Yes, victory is why Megan Rapinoe and the U.S. women’s national team have the platform to fight for equality, but that’s not why we should be listening to them. We’ve seen many instances in this tournament where the investment from a federation came first, and then paid dividends. Italy’s magical run to the quarterfinals came after the bolstering of their domestic league, and England has seen similar growth due to the backing they’re getting in the FA WSL.

We’ve also seen the other, darker side of a lack of support this summer, in Marta pleading for little girls in Brazil to stand up and fight for her team, because she knows her federation might never get there. Or Cedella Marley stepping up to field a young Jamaica squad that was being let down, or the Nigerian women’s national team having to have a sit-down protest in their team hotel after their Round of 16 game to demand the money that they were owed. This year, like many years before, these issues have disproportionately affected teams primarily made up of women of color.

As athletes, and as people, these players deserve better, and that’s not because the U.S. women’s national team might get another star on that crest. It’s because it’s the right thing to do.

And lest we forget, the horde of young women playing soccer in America, our bottomless player pool, doesn’t exist due to revenue, or even U.S. soccer’s benevolence. Nor, while they were all wonderful moments, does the growth of women’s soccer in the U.S. come from Brandi Chastain’s penalty kick in 1999, or Megan Rapinoe’s last-ditch cross in 2011, or Carli Lloyd’s midfield dunk in 2015. That wave of excellence comes from a piece of legislation that was passed in 1972, in an attempt to begin to tackle the gender inequality in this country — the U.S. women’s national team are winners because they have the most elite players of any nation in the world, and that’s because of Title IX.

The players of the U.S. women’s national team sued their federation before this tournament started when they realized that the necessary progress was never going to come without a forcing of the hand. If they lose either of the two games in front of them, that argument might get lost. But when Megan Rapinoe knelt in Chicago in 2016, she was pointing to a truth that is harder to accept, and that we’re less equipped to deal with: that even when the best and brightest of our marginalized communities succeed in the face of adversity, we are still letting the most vulnerable of us down. Winning a soccer game won’t change that, but it might go a long way in getting us there.

Nobody’s talking about Abby Dahlkemper — and that’s a good thing
Bronze: World is ‘knocking on the door’ of USWNT’s dominance