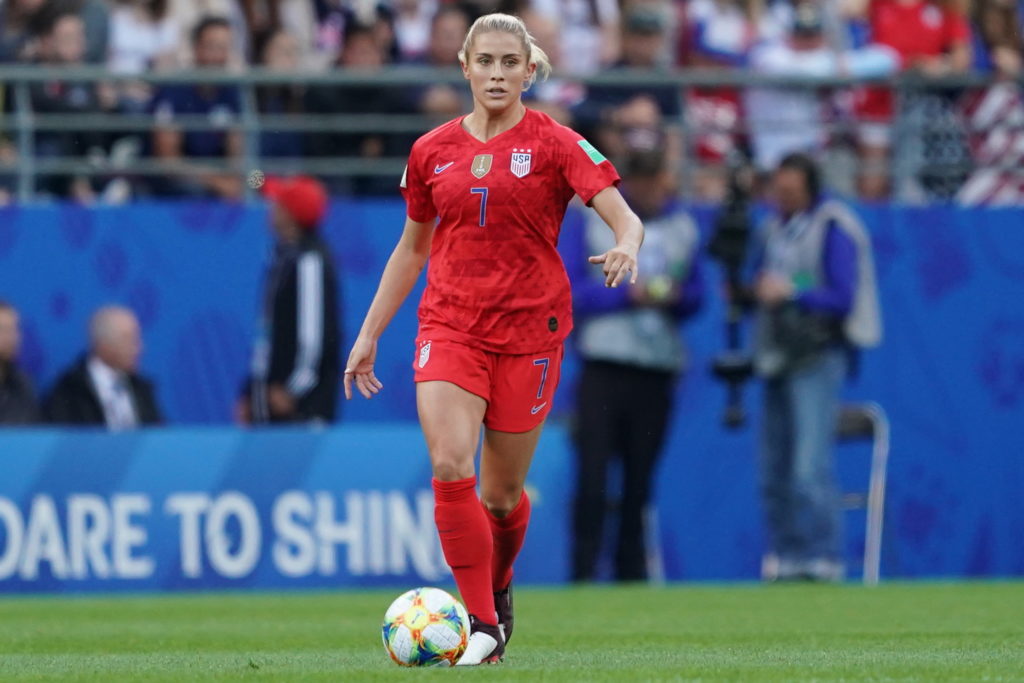 In the 38th minute against Spain, with the United States’ defense pushed deep into its own penalty area and tied 1-1 in a match that had turned out to be much more physical and competitive than most expected, Abby Dahlkemper made one of the more impressive defensive plays of the 2019 World Cup.

Teammate Becky Sauerbrunn had slid out to the end line to pressure the ball, and Spanish attacker Nahikari Garcia — who had been sitting on Dahlkemper’s back shoulder — started a near-post run. Dahlkemper went with the run at first, but then Garcia pulled back and tried to drift into a small pocket of space on the back post.

At the same time, Alexia Putellas — who had been lurking on the weak side — had started to slide across the face of goal, something Dahlkemper had noticed as she repeatedly checked her shoulder. However, Putellas’ run left Dahlkemper with two players to defend and a centering pass about to head into the box.

Splitting the space between the two attacking players, Dahlkemper made a lunging stop to poke the ball away and out of danger. Moments later, the play itself disappeared into memory and, by the end of the night, everyone was talking about Megan Rapinoe and her two goals from the penalty spot.

Such is the life of a defender, forgotten and anonymous when playing well, the focus of ire and scorn when committing an error.

Access the best women’s soccer coverage all year long
Start your FREE, 7-day trial of The Equalizer Extra for industry-leading reporting and insight on the USWNT, NWSL and beyond.
Subscribe
Existing Users Sign In Here
Related TopicsAbby DahlkemperExtraFeaturedPaul Riley

Phil Neville: ‘Nobody cares who loses in the semifinals’
We should listen to the USWNT, even if they lose