A smorgasbord of success for Sweden 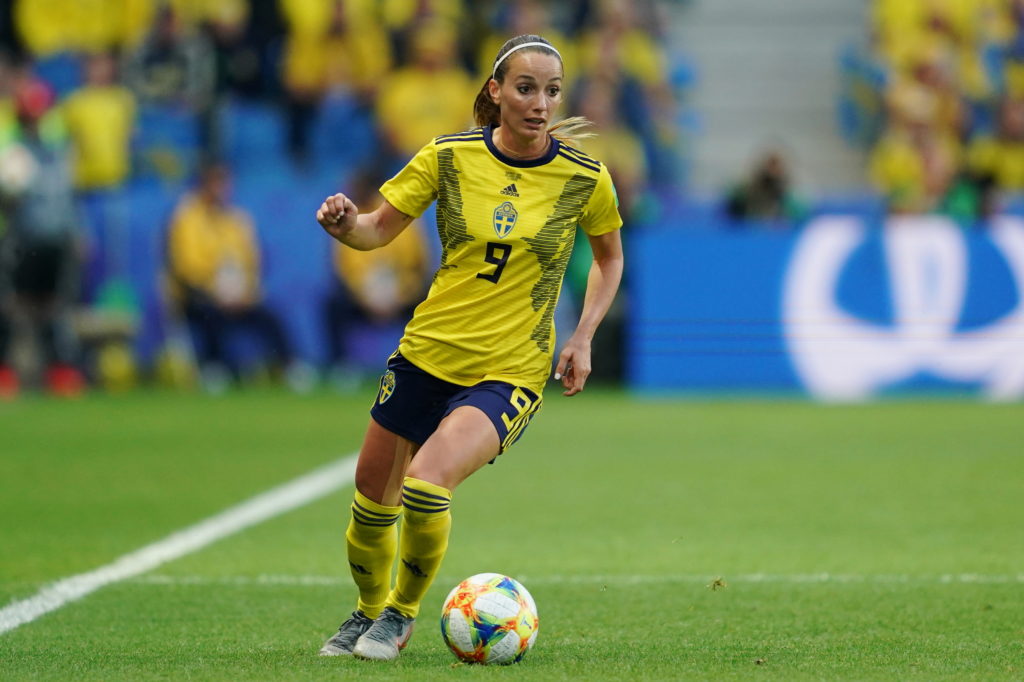 RENNES – It was a historic win for Sweden, 24 years in the making. Tournament after tournament, Germany had always got the better of their Swedish rivals, but Saturday at Roazhon Park was different story. Sofia Jakobsson, and Stina Blackstenius erased an early 1-0 Germany lead and helped book Sweden a spot in the World Cup semifinals.

No.9 ranked Sweden will take on the No. 8 Netherlands on Wednesday night at Lyon Olympic Stadium, and the winner will advance to the World Cup Final on Sunday vs England or the U.S.

Sweden skipper Caroline Seger made her 198th appearance for her country. She’s had her fair share of heartbreaking losses to Germany. To be able to beat an opponent that had always seemed to have Sweden’s number left the FC Rosengård product full of joy.

“24 years,” Seger acknowledged. “I mean everyone knew about it. I’ve been around in this game for so many years. I’ve been playing against Germany in important games, and always lost. It’s good. I’m 34-years-old, and I finally beat Germany in an important game. I’m very proud of the team.”

Coach Peter Gerhardsson designed a special strategy to counter what Germany does best. When Germany put forth an all-out attack, Sweden was always able to stay compact, focused, and able to re-group with pace, and flare down the flanks.

Jakonsson continued to get in behind Germany’s back line. Her pace caused problems for a Germany side that hadn’t yet given up a goal in the World Cup. The ‘Player of the Match,’ was thrilled to score, and more importantly help Sweden progress to Lyon.

“It was the quarterfinals, with a chance to come in the semifinals, and also the Olympics next year. It was a big game, and I’m really really happy that I scored,” Jakobsson told The Equalizer.

Sweden’s goalkeeper, Hedvig Lindahl, continued her fantastic form. She followed up a strong performance vs Canada with an equally impressive showing vs Germany. In what could have been Lindahl’s last World Cup match, she was proud to make history.

“Lots of the players in the current squad myself included, when we were youth players. We usually won against Germany. The Germany first squad is filled with a winning mentality. We have not been able to get that, when we play them. We haven’t been able to stand up against then, but we did. I’m very proud of the team,” Lindahl explained.

Sweden have flown under the radar. As strong as they are defensively, scoring has occasionally been lacking in major tournaments. A strong defence always improves your chances for success. Nilla Fischer was excited to win, and continue Sweden’s dream.

“It feels a little bit unreal to be honest. Of course we are very happy and proud. We really did a good performance, and managed to close the gap. We didn’t give so much space to the German players to attack our defence. We’re just very happy that we reached the semifinals, and also the Olympic games for next year.”

History made for #SWE. They’ve beaten #GER for the first time at a major tournament in 24 years. They’ve also qualified for Tokyo 2020 #FIFAWWC #GERSWE???? pic.twitter.com/4qIdugicBC

Sweden have always had talented footballers, but the end result hasn’t always been there. On Saturday, they beat Germany at their own game. The World Cup Final is now in their sights, and a spot at the Tokyo 2020 Olympics will now be something to play for next summer.

“We’re so excited to move to Lyon,” Kosovare Asllani beamed. “We want to stay there for the whole World Cup.”

It’s a Swedish midsummer masterpiece that’s showing picking no signs of slowing down.

‘Le Grand Match’ is won, but the U.S. women’s national team is moving on
The Equalizer Podcast, Episode 66: Drawn and Quartered