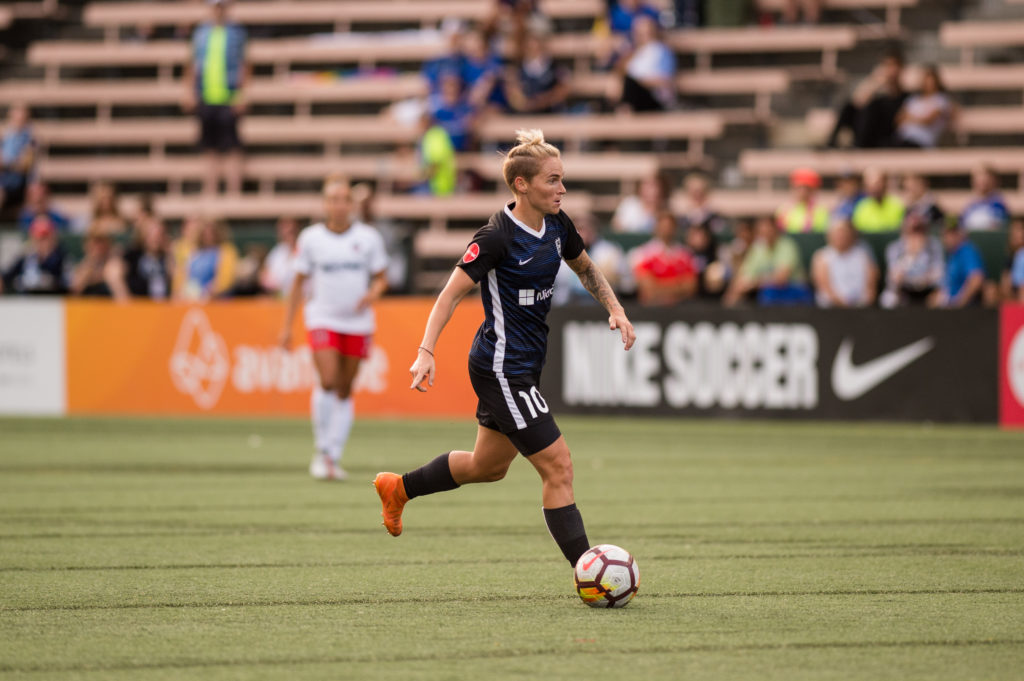 If the season ended today, the Utah Royals FC and Reign FC would be in the playoffs. To reach that cusp in the NWSL, you need to be one of the top four teams. Right now, the Reign and Royals are two of those four teams. However, after Friday night’s 2-0 victory on the road, Reign FC leaped over the Royals in the standings.

Both sides have 17 points, but due to goal differential the Royals are down to third place. Luckily, the season isn’t over yet and they could very well take second place back. However, there is plenty of matches left to go.

On Friday night, Jess Fishlock made her presence known once again. Fishlock scored the opening goal for the visitors in the 30th minute. Bethany Balcer, the young rookie from Spring Arbor University, assisted the goal. However, Fishlock wasn’t finished with her work, assisting Ifeoma “Iffy” Onumonu just a mere five minutes later.

However, in the early minutes of the second half, Fishlock went down with an injury. The Reign FC staff called for a stretcher and Fishlock was taken off, while in visible pain. She held her face in her hands as she was carried off the pitch. Reign FC continued without her, earning a win for their Wales international.

Up next for the Reign is a small road trip down south to face the Portland Thorns FC on Friday. Meanwhile, the Royals will attempt to bounce back against last-place Sky Blue FC, who recently fired head coach Denise Reddy. However, the two won’t face off for another week, as Utah has off next weekend. Instead, they’ll go head-to-head on July 12.