Is this the best U.S. women’s national team ever? 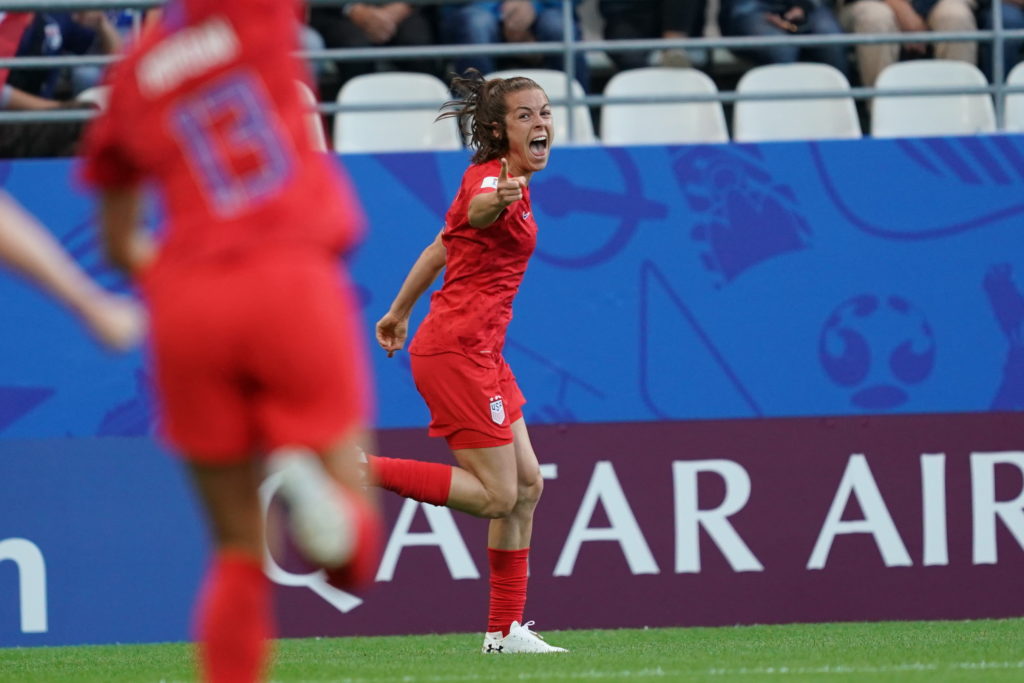 PARIS – It has seemed a bit silly, especially early on in the group stage of the tournament, but all along the United States women’s national team’s 2019 World Cup journey, variations of the same question have popped up over and over and over again.

Is this the best U.S. team ever?

With the American’s 2-1 win over France on Friday at the Parc de Princes, the question will certainly be on peoples’ minds again, as the U.S. has now knocked out the host country and the team seen as the stiffest competition in the Americans’ quest to earn another World Cup trophy.

Of all the responses to the question over the past three weeks, Ali Krieger’s have garnered the most attention.

After the American win over Chile — in only the second game of the tournament — Krieger said, “We are the best team and we have the second best team in the world as well.”

Then, ahead of the U.S.’ round of 16 match against Spain, she said, “I think this is the best team we’ve had and I think we’re so confident right now, we’re so motivated to win.”

It was an audacious statement, regardless of the team’s dominating performances in a 13-0 demolition of Thailand, a comprehensive 3-0 win over Chile and a 2-0 victory over Sweden, especially considering the fact that the U.S. has won this tournament on three previous occasions in 1991, 1999 and 2015.

But it’s also been a common refrain from the players and head coach Jill Ellis alike. After the match against Thailand, upon being asked about the U.S.’ celebrations of goals long after the final result was obvious, Alex Morgan proclaimed, “We want that fourth star.”

Another question came to Ellis about how she could keep her players’ feet on the ground in the face of such resounding wins, and she answered, “Because they’re on a mission.”

Ellis also defended Krieger’s right to make such bold proclamations, even when they were made before the knockout round began.

“[Krieger’s] somebody who’s been in this program for a long time, so if there’s someone to speak about where she feels this team is, I think she has the right to do this,” Ellis said. “I don’t think that’s in any way a reflection outward. I think that’s an internal feeling. I don’t think it’s a message to anybody else.

“The players feel good about this team and about each other and where we are tactically and where our evolution is, where our level of play is. There’s confidence, but I think this team knows that everything is earned, nothing is given. I like that comment because it speaks about the confidence a player has in the players around them and about the team.”

Those moments have become iconic, a piece of the American legend, part and parcel of the fabric that makes this U.S. team what it is. And while Ellis says that comparing this U.S. team to past teams is like a parent comparing one child to another, she does admit they all share the same DNA.

“There is a common thread throughout this program, in terms of mentality,” said Ellis ahead of the team’s match against Sweden. “That is something that you can look back 20 years and I think that has to be a common thread in all the players that have come through this program.”

“The mental piece is something that you learn when you enter this world and you pass down when you leave,” added Christen Press. “That’s part of our heritage and our history that makes us the successful program that we are.”

Still, while the U.S.’ victory over France has opened up the door for the Americans to win a fourth star, there are two matches left — the first a semifinal contest against England — and both need to be won for this team to enter the pantheon of all-time greats.

“This is a great U.S. team, [but] there have been incredible U.S. teams throughout time,” said defender Kelley O’Hara last week.

“I think you can only be the best if you win.”

Day 19: Megan Rapinoe is the USWNT’s hero in win over France
Stephanie Cox isn’t done yet, and Reign FC are winning again