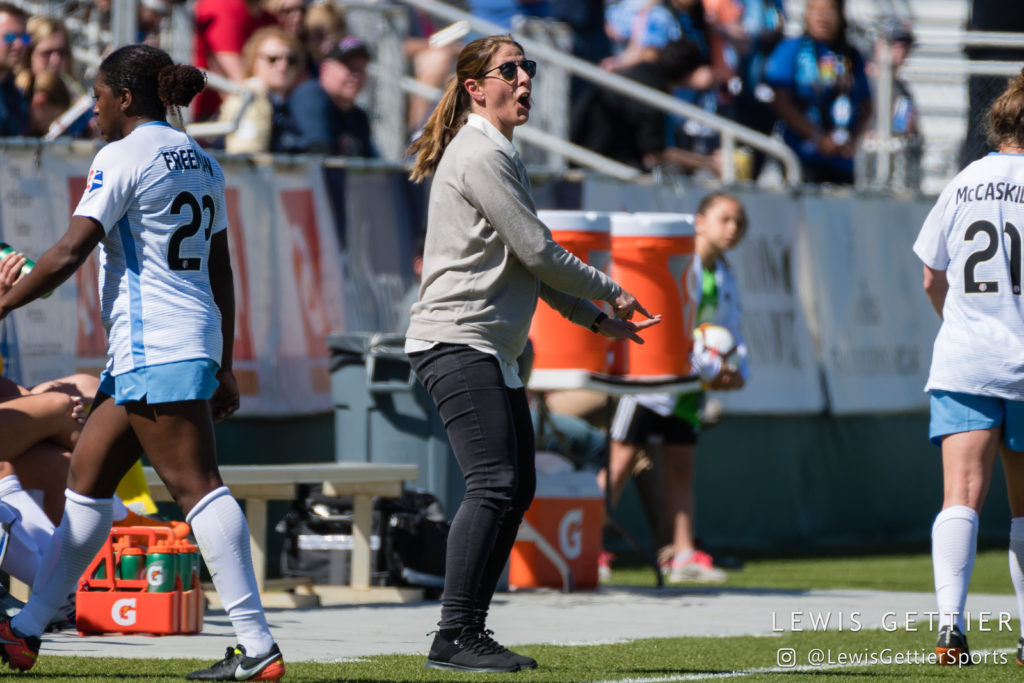 Sky Blue FC have fired Denise Reddy as head coach after a bumpy, 33-game ride that saw the team win only one game and set numerous NWSL futility records. The announcement was made via Twitter with word that an external search for a replacement was underway. Sky Blue are idle this weekend and play the Chicago Red Stars on the road on Saturday, July 6.

Following last weekend’s 2-1 home loss to the previously winless Orlando Pride when Sky Blue dominated almost every statistical facet of the match, Reddy said: “I thought we were robbed.” Asked to elaborate how they were robbed she said defiantly: “The score.”

Reddy went on to explain that while the performance of her team was controllable, the final score was not. But a 1-24-8 record since the start of 2018 and a perilous near-miss at going all of last season without a win was too much for the New Jersey native to overcome. Reddy is also believed to be at least part of the reason, several sources have confirmed to The Equalizer, for the continued mass exodus from the club. The latest was Savannah McCaskill who was recently dealt to the Red Stars for two 2020 draft picks.

All three rookie coaches in NWSL this season–Richie Burke in Washington, James Clarkson in Washington, and Marc Skinner in Orlando–earned their first career wins against Reddy.

Sky Blue are 0-7-2 and sit on the bottom of the NWSL table. It is the second straight season they are the last team in the league to win and they now own the longest (23) and third longest streaks of games without a win to open a season.

There was no immediate word on an interim coach.