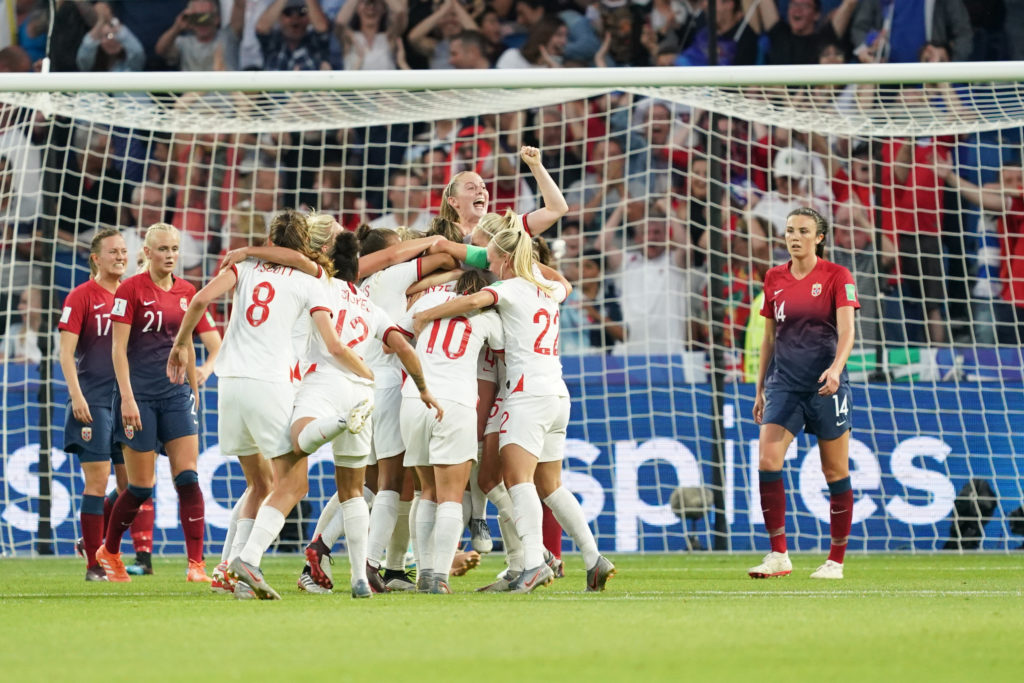 England are headed to the Women’s World Cup semifinals for the second straight edition after defeating Norway, 3-0 on Thursday in Le Havre. Jill Scott, Ellen White and Lucy Bronze each scored to comfortably lift the Lionesses in the quarterfinal encounter.

Scott opened the scoring just three minutes into the match, awkwardly tucking the ball off the far post and into the net after White whiffed on a Bronze cross. Nikita Parris had played Bronze down the line on the overlap.

White’s goal in the 40th minute saw the reverse combination, with Bronze playing Parris in behind before Paris found White for the tap-in. The play was a smooth series of one-touch passes that undid Norway.

Bronze capped off the scoring in the 57th minute with a thunderous strike, taking Beth Mead’s pass on a free kick and smashing it first-time into the back of the net.

Norway’s best chance came late in the second half, when Steph Houghton cleared Lisa-Marie Utland’s shot off the line after a poor back-pass by Millie Bright.

Norway goalkeeper Ingrid Hjelmseth denied Parris from the penalty spot in the second half to prevent a fourth goal for England.

England will play either the United States or France in the semifinal in Lyon on Tuesday.