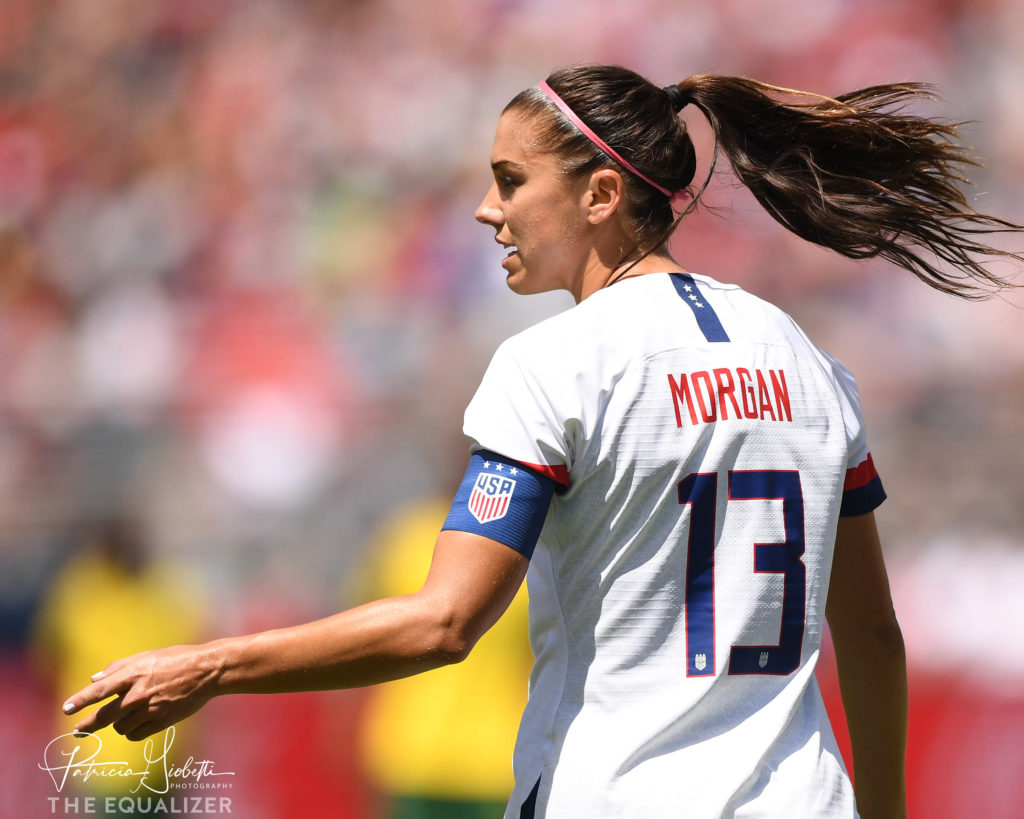 When Alex Morgan first emerged with the United States women’s national team, she did so largely as a one-dimensional player, capable of bursting beyond opposing back lines at any moment and firing left-footed shots that tucked neatly into the net, beyond the reach of helpless goalkeepers.

Over the years, however, her game has progressed into that of a more well-rounded forward able to lead the American squad to victory in a myriad of ways.

Morgan was a multi-sport athlete as a young player who only truly got serious about soccer in high school. She didn’t play for the biggest youth clubs in the soccer hotbed of Southern California. When she went to college, it was at Cal-Berkeley — not among the nation’s traditional elite — and only picked up with the U.S. youth program at the U-20 level.

When she emerged as the next big thing for the United States women’s national team, she was placed on a pedestal almost immediately upon joining the senior team. Morgan could run for days and was an obvious goal-scorer – a poacher of sorts. She scored in the 2011 World Cup final, which the U.S. lost to Japan, and in 2012 she put together one of the greatest calendar-year displays in the rich history of the U.S. program, scoring 28 goals and adding 21 assists to join Mia Hamm (in 1998) as the only player to reach 20 goals and 20 assists in a single year.

Morgan had arrived. She had speed and athleticism. She was the perfect complement to an aging Abby Wambach, the threat in behind to join the target in the air up front in the United States’ 4-4-2 formation. The idea persists today that Morgan is a forward whose game is based on speed and direct play. It’s a dated analysis, however, one which relies on goals scored as the only metric for judging a forward who has found ways to more subtly influence the game around her.

“I think I’ve been able to use my body better,” Morgan told The Equalizer in an interview during World Cup qualifying.

Access the best women’s soccer coverage all year long
Start your FREE, 7-day trial of The Equalizer Extra for industry-leading reporting and insight on the USWNT, NWSL and beyond.
Subscribe
Existing Users Sign In Here
Related TopicsAlex MorganExtraFeaturedFrance

England return to World Cup semifinals with 3-0 win over Norway
USA-France in the quarterfinal of the ages: Five things to watch