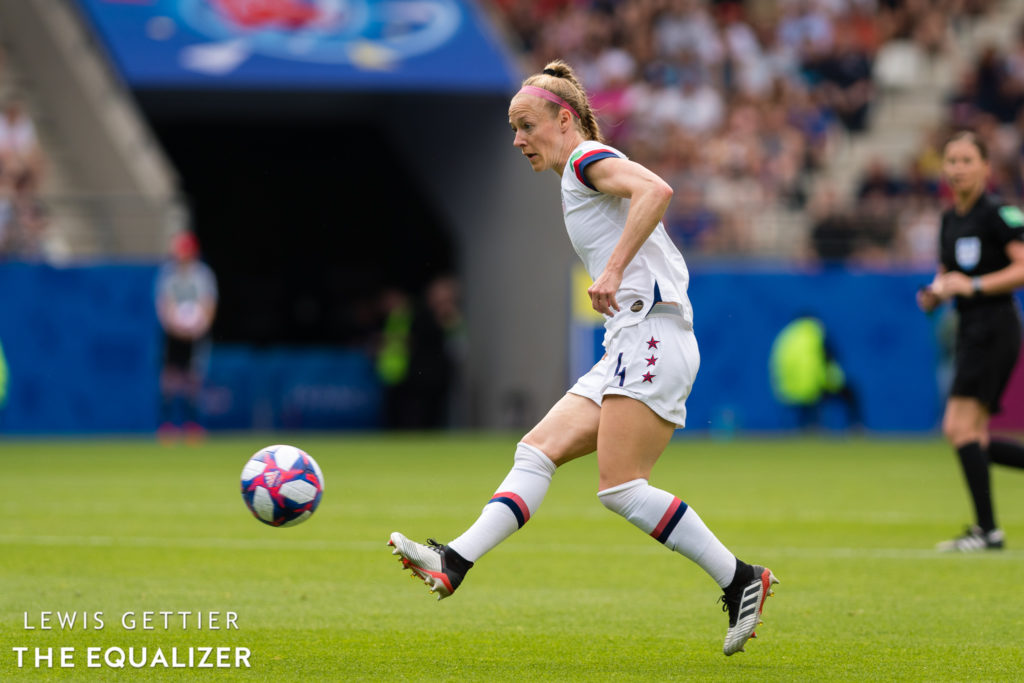 REIMS, France – Why Alyssa Naeher decided to pass the ball to Becky Sauerbrunn, in the position the defender was in – and in the 9th minute of a knockout-round game that started so well for the Americans, who scored early – was the first problem for the United States women’s national team.

Naeher acknowledged that postgame as she fielded a whole new set of questions about her role and her confidence, and, of course, being the first goalkeeper not named Hope Solo to play for the U.S. at a World Cup since 2007.

“Something that I’ve learned playing this position for a while is that you have to have a short-term memory as a goalkeeper,” she said.

The second big issue came when the ball reached Sauerbrunn, who upon receiving the ill-advised pass turned blindly into oncoming pressure near her own 18-yard box. Sauerbrunn at one point after the match referred to the entire sequence as a “debacle,” and it was.

Sauerbrunn was emotional postgame, blaming herself for the goal for which she was partly but hardly fully culpable. Postgame she joked that she’ll be buying drinks for life for Megan Rapinoe, who scored both U.S. goals from the penalty spot in Monday’s 2-1 victory over Spain. “She bailed me out; she bailed the team out.”

Sauerbrunn after the match was seen on the world feed TV cameras saying, “I’m overwhelmed,” as she hugged teammate Tierna Davidson.

To the public eye, Sauerbrunn is almost never rattled on the field. So rare is the sight that longtime teammates recently told The Equalizer, en masse, that they can’t think of a time Sauerbrunn has been rattled, other than perhaps when her germaphobia kicks in at a group dinner. So for Sauerbrunn to be overwhelmed, to be apparently teary-eyed — even if she bottled that until postgame — is extremely rare.

That 9th-minute equalizer is the type of mistake which could break a player – and a team. And while comparing different generations of teams and players is always a dicey juxtaposition, it’s hard not to look at the disaster which that Spain goal was for the U.S., and the way Sauerbrunn and Naeher responded to it, and not see the parallels with the 1999 U.S. team which so famously won the World Cup on home soil. 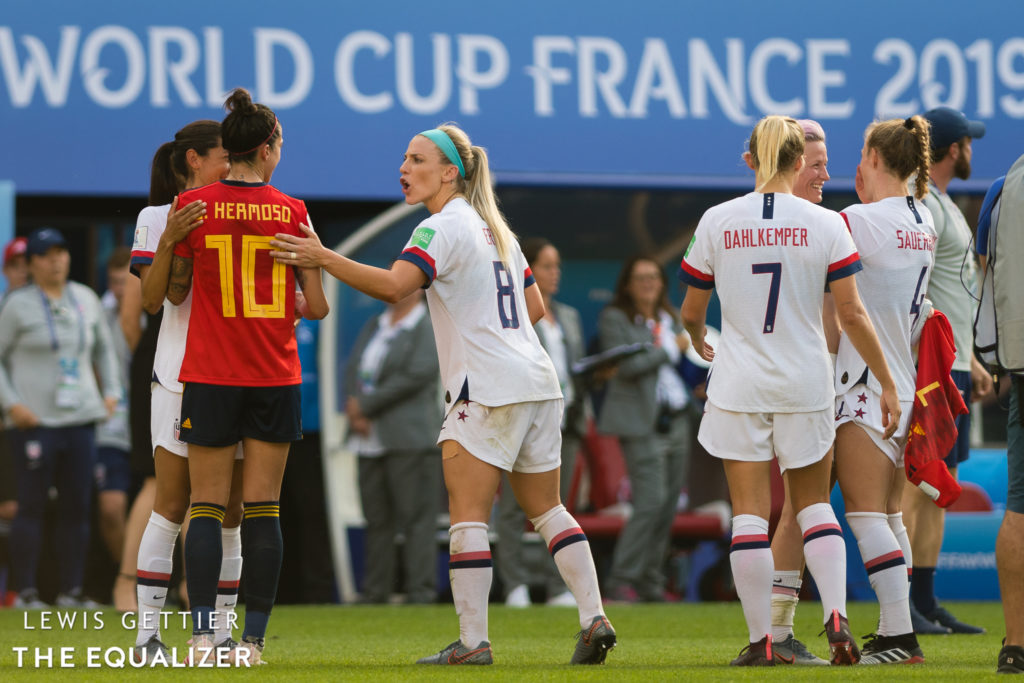 More recently, the moment is reminiscent of the 2015 semifinal, when Julie Ertz dragged down Alexandra Popp to concede a penalty in the second half of a scoreless match. Ertz, then a green 23-year-old center back, was crying on the field, thinking she’d just cost her team a spot in the World Cup final. It was Sauerbrunn, among others, who calmed the young defender down and helped her refocus. Celia Sasic missed the PK for Germany, and a few minutes later, the U.S. earned one which Carli Lloyd finished.

“Becky’s my backbone,” Johnston said of Sauerbrunn after that 2015 semifinal. “She keeps me sane. She’s a warrior. I just always want to play well for her and the back line and seeing her look at me and smile, that really made me take a deep breath and know we’re still in this game.”

On Monday, it was the veteran Sauerbrunn who needed reassuring. Her mistake on Spain’s goal was reminiscent of the miscommunication between U.S. defender Brandi Chastain and goalkeeper Briana Scurry in the Americans’ 1999 quarterfinal against Germany. Five minutes into that match, Chastain played the ball back to her keeper, but Scurry was already rushing out – right past the ball, it turned out – and Chastain scored an own goal. It was a huge mistake early in a huge knockout-round game against a difficult opponent, just like Monday’s error.

Then-captain Carla Overbeck famously provided words of encouragement for Chastain. “We need you,” was the message from the captain (read the story in full in the new book, “The Making of the Women’s World Cup”). It was the backing that Chastain needed, and she who would go on to score the equalizer four minutes into the second half as the U.S. clawed back for a 3-2 victory over Germany in that quarterfinal. If the U.S. loses that game, all the folklore of 1999 that we know today wouldn’t exist.

These kinds of moments are part of any team’s run to a title. Japan, in its miracle triumph in 2011, conceded to Sweden 10 minutes into the semifinal before scoring three unanswered goals. That goal came directly from a horrible pass by Japan captain and legend Homare Sawa in her own half of the field. As U.S. coach Jill Ellis said postgame on Monday, “There’s not flawless soccer to be found in this world. That’s part of the game.”

Sauerbrunn didn’t appear to need any consoling after her mistake on Monday — at least, not during the match. She put her hand up immediately in a gesture to her team which had a dual meaning. It is the universal signal of culpability in soccer; ‘my bad,’ in so many words. It was accompanied by an assuring head nod — perhaps to herself as much as any of her teammates — that everything was going to be OK. In the end, it was, and the U.S. is moving on to face hosts France in the quarterfinal, just like everyone has expected since the draw in December.

“You just make a mistake like that and you just try to move on,” Sauerbrunn said. “And luckily this team just out-worked and out-hustled.”

USWNT comes out battered and bruised, but still alive
Canada crashes out of World Cup amid penalty kick-taker question