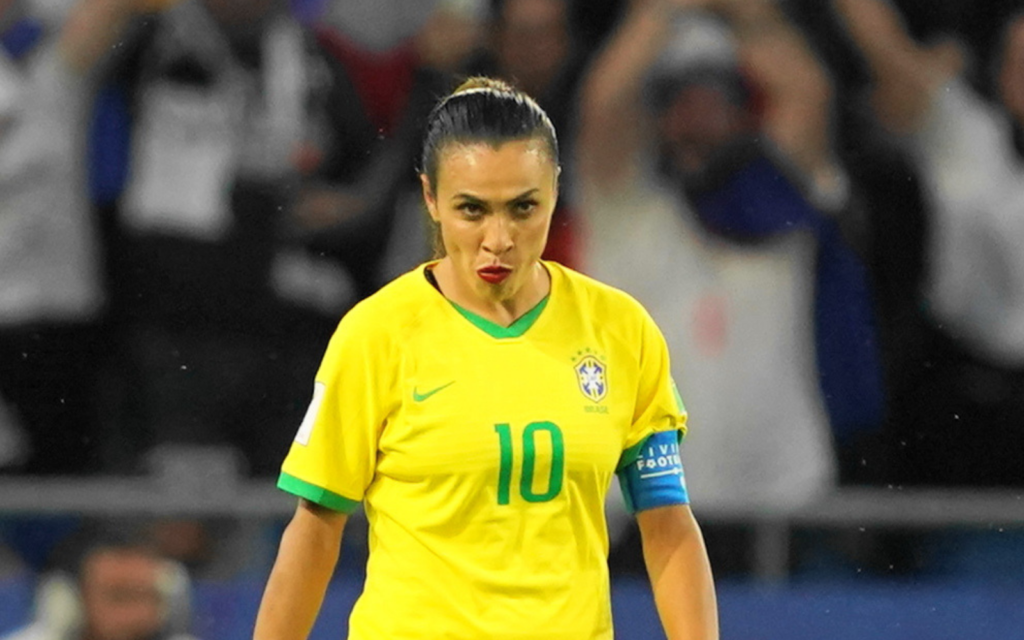 Brazil’s 2-1 defeat to France on Sunday in the round of 16 was disappointing to some, but unsurprising for most. The Brazilians put up a great fight and relied on the individual talent that has taken them so far in the absence of strategy and resources.

A generation of talent, in Cristiane, Formiga, and Marta, led the charge. However talented, their careers have been marred by federations and clubs in Brazil that have repressed women’s soccer for a century. Formiga, in her seventh World Cup, is the last player we’ll see born under the legal prohibition of women’s soccer in Brazil, which lasted from 1941-1979.

The French side deserve credit for their disciplined and prepared defense. Seasoned talent like captain Amandine Henry brought the calm in midfield and, when she needed, scored a fine goal. Brazil’s exit stings for fans that have hoped to see a more global tournament that brings together different styles and talent from around the world.

It is telling that Marta felt she needed to make such a statement just moments after what must have been a difficult moment, for her personally. At the same time, Marta’s statement could be interpreted as putting the burden on the individual efforts of girls. While I don’t think that should be the takeaway, it’s important to note that other Brazilian players used the moment to place blame at the feet of the Brazilian Football Confederation. In a post-match interview, Thaisa, stated that they needed to give women’s soccer, “a better structure, a governing body that understands women’s sport.”

While it’s difficult to find silver-linings in another disappointing tournament for Brazil, there are takeaways from the 2019 Women’s World Cup that could help the team move beyond what has seemed like a prolonged period of stagnation:

First the addition of national youth tournaments over the past two years is long overdue and will undoubtedly help with player development. Geyse, who was clutch in U-20 performances for Brazil in the last five years, saw some minutes and she has had some deserved recognition as a future leader.

Throughout the tournament, Argentina, Brazil, and Chile made it clear they were pulling for their neighbors and understood there needs to be a growth in the sport across the region. There must be a strengthening of the South American Confederation, CONMEBOL.

While Brazil is invited to bigger international tournaments — unlike their neighbors — it’s still a place dominated by corrupt institutions that have frozen women out, something that provoked the Brazilian players to protest in 2017. For clubs to grow their women’s sides and to create a healthy culture of women’s soccer in the region, there needs to be exciting and competitive matches. Brazil has handily won the Copa America, the regional qualifying tournament, time and time again without facing real challenges.

It’s clearly time and most likely that Vadão will be replaced. The good news is that there are more qualified people ready to take his place. Emily Lima would be one such fan favorite, but there are a number of options. Former players, like Aline Pellegrino, the director of the São Paulo’s women’s league, have come into administrative positions, and promise to bring a new form of direction.

FIFA’s development program, FIFA Forward 2019-2022 cycle gives major incentives to federations that keep their women’s teams active and develop girls and women’s competitions. While it’s not entirely clear how accountability might work or how this will translate into real benefits for the national women’s team, it holds promise to improve programs in Latin America and Africa that frequently allow their national teams to become inactive between tournaments.

Day 17: Italy top China in first-ever knockout round victory
Inside the ups and downs of USWNT fans navigating France