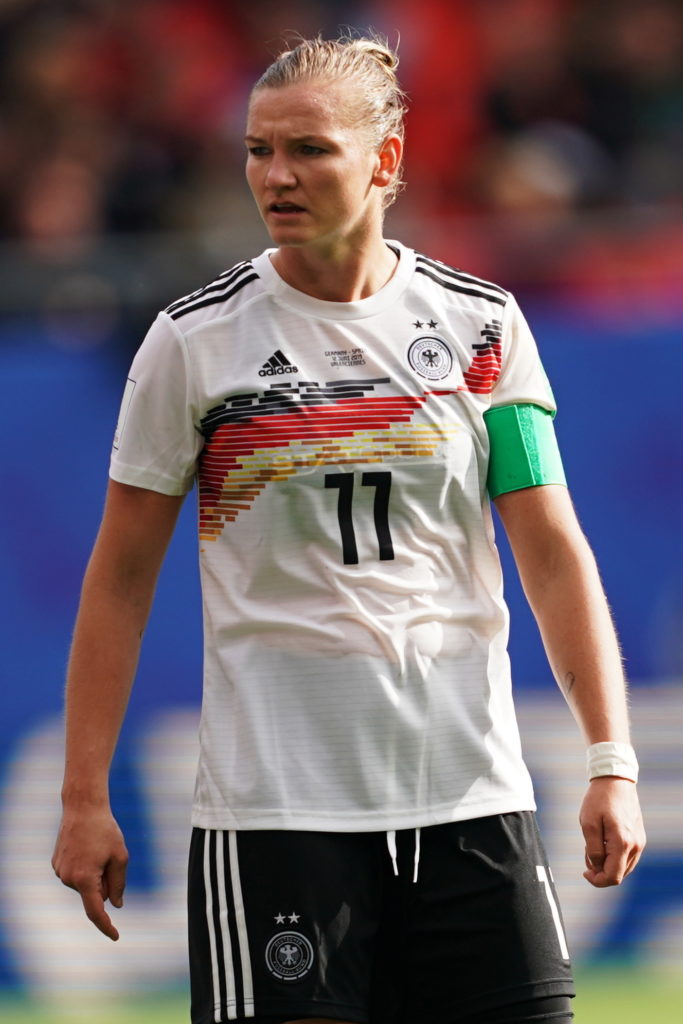 A physical match that saw five yellow cards issued ended in a lopsided victory for Germany to open up the knockout rounds of this tournament. Germany struggled with set pieces early on, opting for short corners as they tried to draw Nigeria out, but the breakthrough came when they opted for a more traditional approach. Alexandra Popp made an unmarked run inside the box and didn’t have to leave her feet to meet Lina Magull’s service, heading the ball in to open scoring on her 100th appearance for Germany. Just four minutes later, a penalty was awarded to the Germanys after a VAR call determined that Evelyn Nwabuoku fouled Magull inside the box. Sara Daebritz stepped to the spot and doubled their lead.

Nigeria came out of the locker room strong and nearly pulled one back in the 51st minute when a well-played counter caught the German backline out. Desire Oparanozie was just inches away from connecting on an easy tap-in that would have had the keeper beat. The game looked destined to end at 2-0, as Germany couldn’t string together quite enough possession to be truly dangerous but Nigeria couldn’t convert their counterattacks. However, in the 82nd minute, after yet another injury stoppage, Lea Schüller ran onto a loose back pass and one-timed a beautiful finish to the far post for Germany’s third.

Norway advanced past Australia in a wild match that gave us the first penalty kick shootout of the tournament. Australia nearly got off to a start beyond their wildest dreams, as Sam Kerr was one better finish away from scoring less than 30 seconds in. Unfortunately for the Matildas, she pulled her shot wide. The game was wide open and end to end from the start, with Australia building up mostly through Ellie Carpenter and Hayley Raso on their right flank while Norway took advantage of the opposite side through Caroline Graham Hansen.

Half an hour in, immediately after Australia had a good chance, Norway capitalized on a quick counter as Isabell Herlovsen ran onto a fantastic ball from Karina Sævik, splitting Australia’s centerbacks and finishing past Lydia Williams. Shortly before halftime, Australia thought they had a chance to equalize as the referee called a handball against Norway and pointed to the spot, but as Kerr stood over the ball, ready to take her shot, the referee consulted VAR and overturned her initial decision.

Australia kicked it up a notch in the second half, utilizing their width to pull Norway out of shape. Sam Kerr, in a relatively quiet match for her, thought she’d found the equalizer only for it to be called back for offside. But the pressure eventually paid off, when Elise Kellond-Knight sent a corner kick past everyone, including the keeper, into the far corner of the net in the 83rd minute. Norway had one last chance to reclaim the lead, when Hansen hit a free kick off the inside of the post and it rebounded out.

Extra time was wild from start to finish. Both sides had chances, with Kerr appealing for a few penalty calls and Lydia Williams forced into a few brilliant saves. In the 104th minute, the game took a huge turn when Alanna Kennedy was sent off for fouling Lisa-Marie Utland, who was determined to be in an obvious goal-scoring opportunity. Shortly thereafter Vilde Bøe Risa hit a long-distance strike off the crossbar.

But ultimately it was all for naught, as the match went to a penalty kick shootout. Norway went first, converting four straight kicks to advance, while only Steph Catley converted hers for the Australians.

Sam Mewis is knocking on the door to start. But who do you bench?
Did USWNT gift Spain an advantage by playing recent friendly?