Kriger: Five players that have impressed during the World Cup 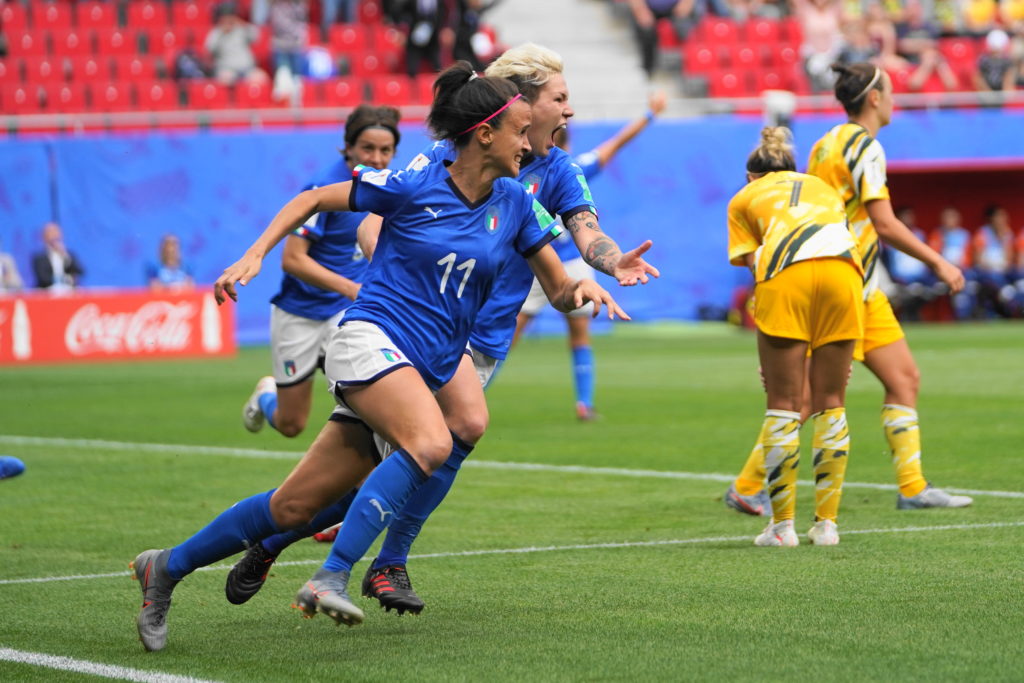 This 2019 Women’s World Cup has opened up viewers eyes to new talent all over the globe. Italy has become a breakout team, while we’re going to see two African teams in the round of 16 for the first time ever . Meanwhile, even though Chile and Argentina did not move onto the knockout stage, they put on a show and entertained fans. Most of all, they kept it close.

We all know that Sam Kerr and Alex Morgan are going to score goals. However, there are some players who have surprised me the most during this World Cup.

Here are the five players that have been the most fun — and surprising — to watch in the group stage.

It’s an easy name to remember and Barbara Bonansea is a name you will remember long after this World Cup. The Juventus striker has made a name for herself during this World Cup. She helped Italy shock Australia in the Group C opener to set the stage for Italy to top the group.

A renaissance in Italy, for clubs and country

Bonansea wasn’t invisible in the other two matches, though. Although she didn’t find the score sheet against Jamaica, she was a menace for the Reggae Girlz to deal with. Bonansea has 61 appearances for Italy and is looking for more goals to add to her total of 21. Look out for her in the match against China on Tuesday. Her pace and ability to play on the left and right will cause troubles for the Chinese defense.

A whopping nine saves gave China hope to make it to the round of 16. Shimeng Peng must have heard the noise surrounding other goalkeepers like Christiane Endler of Chile and Vanina Correa of Argentina. Peng got in on the goalkeeper praise action with nine saves against Spain. While China also couldn’t find the back of the net, Peng’s performance shone through and kept her side in it.

She’ll have a hard test against Italy on Tuesday, but whether she and China claim victory or not, Peng was able to put on a goalkeeper clinic for fans of the beautiful game. Peng is only 21 years old and has 18 appearances for the Chinese national team. At the club level she features for Jiangsu Suning F.C. She’ll have a long career and if the World Cup showed anything, it’ll be a successful career.

She didn’t even know that she would be at the World Cup, but now that she is, Cristiane is making the most of the tournament. The 31-year-old Brazilian striker hadn’t found the back of the net since April 2018. That changed when Brazil took on Jamaica. While the Jamaican defense wasn’t quite up to par with the talent of the Brazilian front line, Cristiane took advantage of her veteran tactics. She recorded a hat trick, riling up Brazilian fans.

Cristiane also found the back of the net against Australia, recording the second of two goals. While Brazil fell in that match — which would help Australia leap over them for second place while the Brazilians took third place in Group C — Cristiane’s goal wasn’t an easy one, as she was forced to leap over Steph Catley for the header.

Cristiane is the less heralded striker of the Brazilian team. While Marta will be surrounded by double coverage against France on Sunday, there’s a chance that Cristiane can go unmarked. Lookout for her sneaking around a stout French defense in the round of 16.

The hero of Chile is Christiane Endler.

There was talk about how the United States would completely dominate Chile and put up potential double-digit goals against them. However, Endler didn’t let that happen. Instead, the 27-year-old, who features for Paris-Saint Germain, remained calm, cool and collected in goal. She made six saves, including three big ones against Christen Press. Against Thailand, she kept a clean sheet. However, against Sweden, she let two goals by her.

Endler’s performance against the United States was all Chile, USA and World Cup fans could talk about. Despite losing the match 3-0 that day, Endler was even voted the Player of the Match. Even though she won’t be in the knockout rounds, she’s made a case for herself as the best goalkeeper at this tournament.

When Cameroon needed a hero Ajara Nchout stepped up. The 26-year-old who features at the club level for Vålerenga Fotball in Norway rose to the occasion with a two-goal performance against New Zealand. The Football Ferns and Cameroon were battling for one of the last two coveted spots in the round of 16. However, Cameroon proved to be the higher power, with Nchout’s two goals solidifying a victory.

Nchout’s final goal was scored in the 90+5′ minute of stoppage time. There’s nothing like bringing a World Cup match down to the wire. Nchout’s movements were impressive, as she cut off New Zealand’s Ria Percival twice.

Surprise! Set pieces are really important at a World Cup
Sam Mewis is knocking on the door to start. But who do you bench?