The Netherlands deliver Canada a wake up call 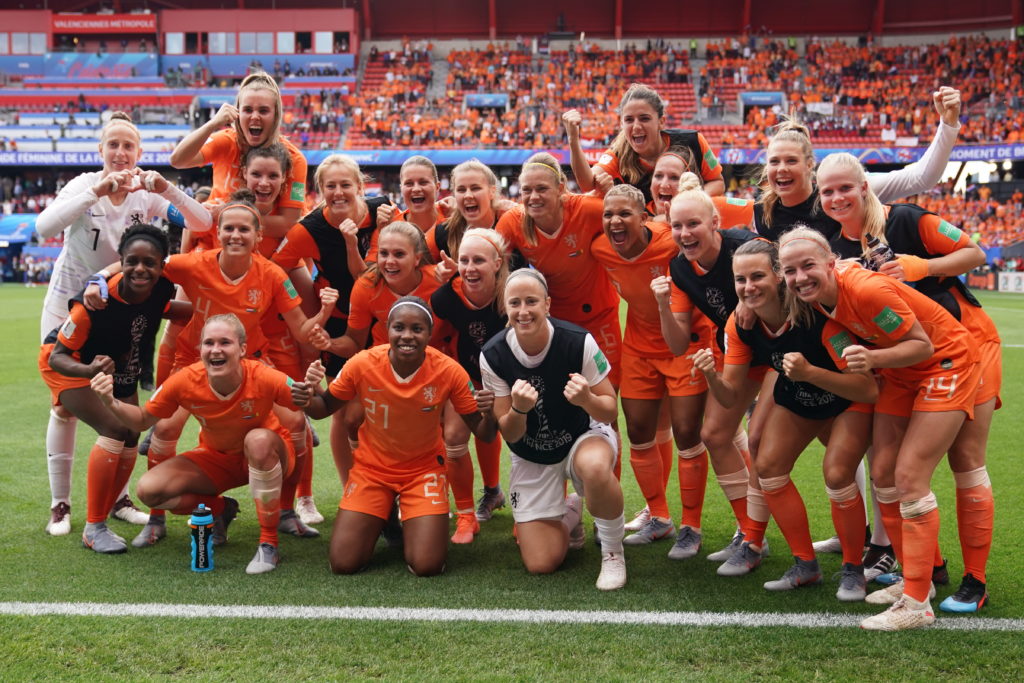 REIMS, France –  It’s back to the drawing board for Canada after a 2-1 loss to the Netherlands at the World Cup. A chance to secure top spot in Group E was on the line, and Canada just didn’t turn up. Canada suffered their first loss in 2019, and allowed two goals for the first time since the Concacaf Women’s Championship Final in October.

The Netherlands are a tier one side, and European champions for a reason. Canada just wasn’t on the same level as their opponent. Canada was on the defensive for large portions of the match. The red and white were easily broken down, and did little on the offensive front.

“We played a team that was quite prepared, not afraid,” coach Kenneth Heiner-Møller explained post-match. “They stepped forward, and being very aggressive. We lost the ball, too often, too early. A little bit forced because they were good under pressure. We were a little bit stretched. If you give them an inch, they’ll take a yard. That’s what Holland was doing.”

Kadeisha Buchanan was repeatedly under pressure by the Netherlands wave of attack. The Olympique Lyonnais center back was caught out of position and had little support from her teammates. The Netherlands found gaps within Canada’s back line, and Buchanan was not able to stay in front of her marker.

“I’ll say that I didn’t see her in trouble,” Heiner-Møller disagreed. “I think one of the times we left her a little isolated, with very good players. It’s more like our team being stretched, and leaving her to defend a one-v-one against very good players.”

Christine Sinclair was Canada’s bright spot with her 182 goal scored to pull within two of Abby Wambach’s world record, but that moment was short lived when Lineth Beerensteyn scored a tap in, and eventual match winner. Sinclair has often carried Canada’s offence, but she couldn’t lead Canada to victory.

That's the FIFTH consecutive edition that she has scored in – only the second player to do so after Marta.

“We’re obviously disappointed with how we performed in different parts of the game,” Sinclair said post-match. “I think it took us a little bit too long to get our footing into the game. They started very strong, and we definitely didn’t. You do that in the knockout round, and you might be down two goals and the game is over. It’s a little bit of a wake up call.”

Canada will head to Le Parc des Princes, in Paris, for a round of sixteen knockout game vs Sweden. The no.5 ranked side will have to step up their game immensely if they are going to advance to the quarterfinals.

Another no-show, and Canada will be going home.

“I hate losing, I hate conceding goals,” a passionate Heiner-Møller said. “I like scoring them, and I like winning. It’s a wake up call. We cannot come into a match, not being right on our toes. It takes 90 minutes, and then you’re home. If we were going to lose a match, this was the match we were going to lose. I’d rather lose this one, than the next one.”

We need to take a breathe for a second. Incredible scenes!

Canada can’t have any passengers against a stingy, defensive Swedish side. It’s up to Canada to dig deep, re-group and come out flying on Monday night. The mark of any top team, is learning from a poor performance, and growing from it.

Canada has the fifth youngest squad at the World Cup. Playing in a high stakes tournament can sometimes be overwhelming. Canada has the skill, quality, and depth to make it to the World Cup final in Lyon. Now it’s time bounce back, and win.

“We’ve faced adversity before,” Steph Labbe told The Equalizer.“We’re a team that relish in that, and can bounce back. I think knowing from our experiences, and making sure everybody is on the same page. We’ve got a new task.”