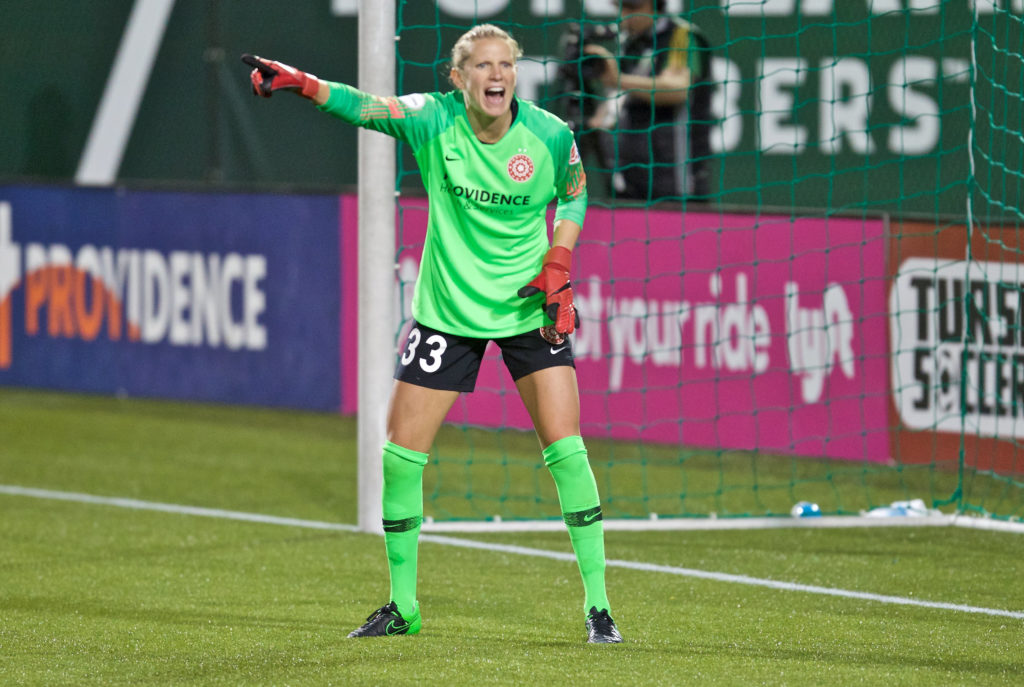 Week 10 in the NWSL kicked off with the Portland Thorns and Utah Royals battling to a scoreless draw in front of 15,581 at Providence Park in Portland.

Most of the better action happened in the second half and Britt Eckerstrom was called on more than once for the Thorns. In the 63rd minute, Mallory Weber got a shot through traffic but a well-positioned Eckerstrom was there to make the save.

Chances continue to come for both sides as @Breck28 makes another save.

In the 76th, Amy Rodriguez found Weber in front on a cross forcing Eckerstrom into a bit of a tougher save. On the other end, Midge Purce’s goal-scoring streak came to an end despite several chances, most of which missed the frame.

The Royals (5-2-2, 17 pts) are now level on points with the Washington Spirit but trail on goal difference. The Thorns (4-1-4, 16 pts) remain in third place, a point off the top two. The Spirit have a match in hand on the Royals and Thorns. The Royals are back at it next Friday at home against Reign FC. The following day the Thorns visit the Houston Dash.