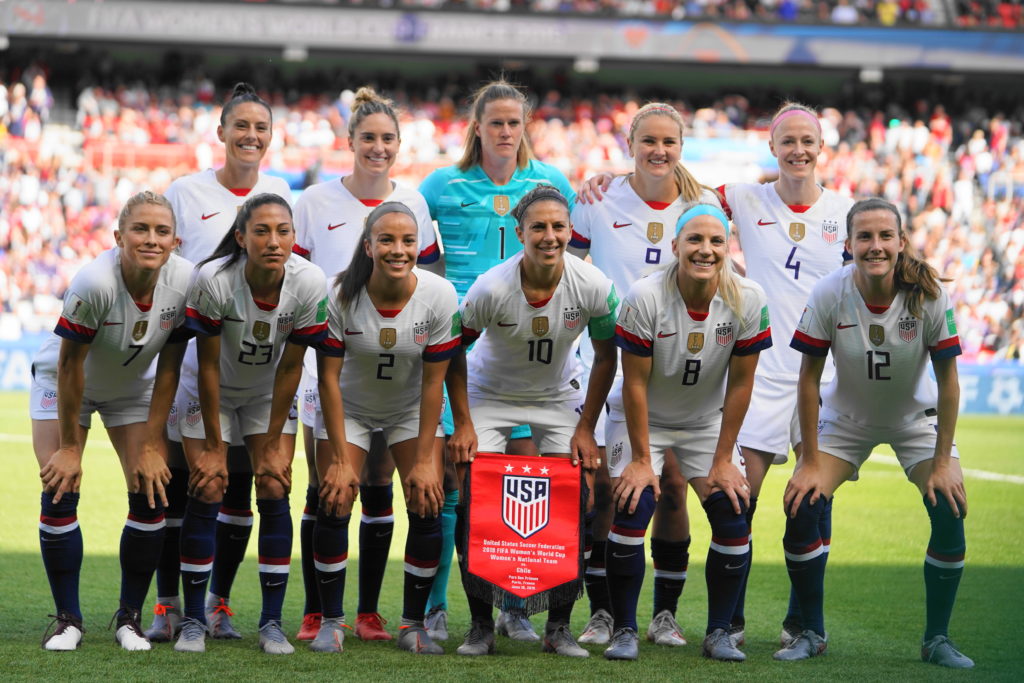 This article is brought to you by 888 Sport.

The opening stage of the 2019 Women’s World Cup in France reaches its conclusion on Thursday with four group matches scheduled to take place.

Reigning champions United States will be eager to continue their impressive start to the tournament, having bagged 16 goals in their first two games.

However, they won’t find things easy against a Sweden side who are also unbeaten after their first two fixtures. Read on as we look the key issues from Thursday’s games at the Women’s World Cup.

The U.S. smashed 13 goals past Thailand in their opening game and followed up with an impressive 3-0 victory over Chile to book their place in the round of 16.

They are priced at 7/4 in the soccer betting lines at 888 Sport to win the tournament, but may not have things all their own way against Sweden.

The Swedes have lost just one of their last five meetings with the U.S., with their stubborn defense proving difficult to breach during those matches.

With the U.S. keeping seven clean sheets in their past eight World Cup games, another cagey encounter could be on the cards in Le Havre.

Netherlands and Canada are already through to the last 16, but Thursday’s meeting between the two sides could be a useful pointer to their respective chances of winning the World Cup.

The Dutch were fortunate to beat New Zealand in their opening game, before producing a more polished performance in their second outing.

WSL player of the year Vivianne Miedema was the star of the show with two goals against Cameroon, taking her tally to 60 on the international stage.

She will certainly be one to watch on Thursday, although she may find it tough against a Canadian defense that is yet to concede at the tournament.

Minnows hoping for a miracle

While the top two places in Groups E and F are boxed off, there are four other teams still hoping to bag an unlikely spot in the last 16.

The four best third-placed teams from the six groups advance to the knockout stage, giving Cameroon, New Zealand, Thailand and Chile the chance of sneaking in through the back door.

New Zealand and Chile are fancied to win their respective matches against Cameroon and Thailand, although both will be hoping for a favour from elsewhere.

The pair can still push Nigeria out of the frame, but the door will open a little wider if Argentina fail to beat Scotland on Wednesday.