Another World Cup, another USWNT-Sweden match 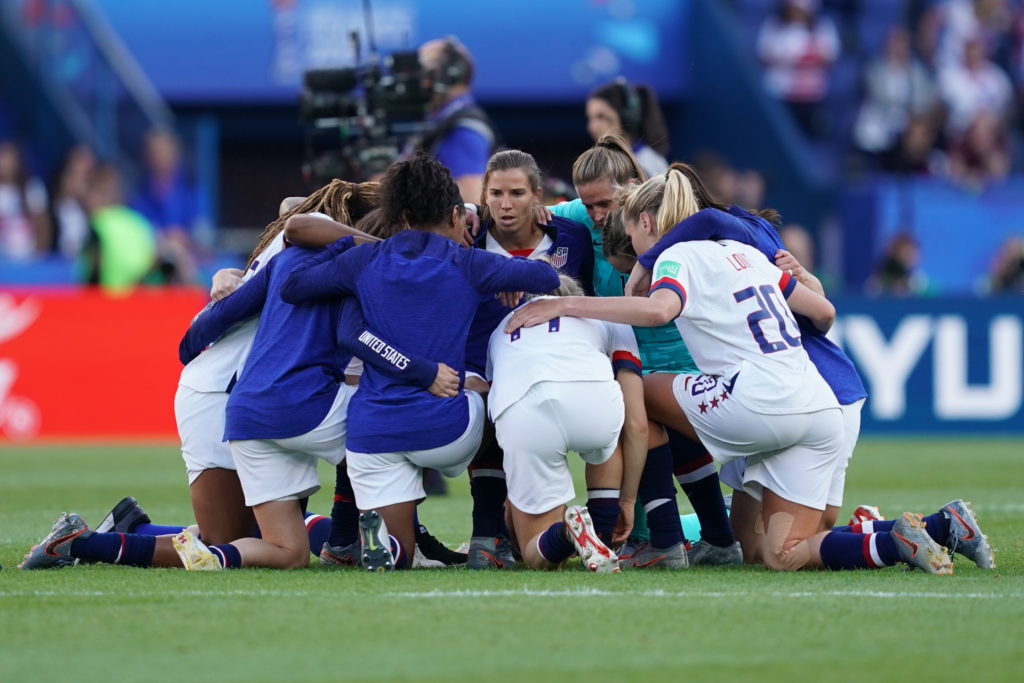 So, when the Americans take the field at Stade Oceane on Thursday night in the team’s final group-stage match of the 2019 World Cup, it’s fair to say they won’t be seeing an unfamiliar opponent.

Adding to the drama will be the context of the 2016 Olympics, when the Swedes knocked the U.S. out of the tournament in the quarterfinal round. It was the Americans’ earliest-ever exit in a major tournament, and the only time the team didn’t earn an Olympic medal since women’s soccer became an Olympic sport in 1996.

In that match, Sweden bunkered in and did just enough on the counter to force the game into penalties — which they won.

In many ways, that game changed the direction of the U.S., both in terms of personnel and Jill Ellis’ tactics for the team. After the game, Hope Solo infamously called the Swedes “cowards,” in what seemed to be the final straw between U.S. Soccer and their highly-decorated, yet controversial, goalkeeper.

Ellis, for her part, spent most the next year searching for tactical answers to break down the low-block that had so effectively killed the U.S. attack that night in Brazil.

American defender Becky Sauerbrunn also believes that game showed the team where they needed to improve.

“It showed that we were going to have to add something to our game,” she told the media this week. “Sweden bunkered in on us, obviously, and you’ve seen in this tournament that some of the teams are bunkering in. It’s very hard to break down, so you see teams that you would think can run up the score, eking out 1 or 2 goal [wins]. It’s just kind of the evolution of the game.

“Sweden starting defending in a low block and then we [had] to learn how to attack and break down a low block. We absolutely learned a lot from that game. On the day, could we have won that game? Sure. But it definitely showed we had a weakness that we needed to work on.”

Complicating Thursday’s match is the fact that both teams have already advanced to the knockout round and the winner will be placed in the same quarterfinal bracket as France, who are not only hosting the tournament, but also went 3-0 in group play with a plus-6 goal differential.

However, Ellis has universally dismissed any possibility of going easy in their final match of the group stage in an attempt to finish second and avoid France.

“I struggle to tell my team not to tackle each other in training the day before [matches],” she said. “At this point, it’s about making sure your focus is on yourself and your performance is about yourself and you put yourself in the best position to advance in this tournament. For us, it’s making sure we play as well as we possibly can in every game.”

“You can’t overthink this” she added a day later. “Deciding to come second, or manipulate a score, I think that can be dangerous. You need your team to be in a really good place and I think feeling good about your performance is the best confidence-maker out there.”

Sauerbrunn agreed with her coach’s sentiments.

“Historically, we’ve met them in almost every single world tournament,” she explained. “They’re a tough side. It’s always been a tight game. We want to get first out of the group, so we’re going into the game thinking it’s a must-win.”

Ellis praised Sweden this week and noted how many phases of the game they excel in, particularly noting their transition game, physical strength, speed and skill on set pieces.

Not ready to commit to a subscription? Enter your email and we'll send you occasional emails with story previews like this, as well as discount offers on our premium content.

BOOM! You are now part of the best women's soccer community on the web.

During the tournament, the coach has rotated her squad heavily to limit their minutes, keep their legs fresh and keep morale high on the bench. Beyond keeping her squad physically ready to play, she’s also been trying to keep them in a good place mentally, assuring that there’s time built into the U.S. schedule for the players to see family members that have traveled abroad.

Ellis has also taken time to praise her team’s ability to “flip a switch” when the time comes to focus on the task ahead.

Through the U.S.’ first two matches, the message from the players and Ellis has been consistent. They’ve largely dismissed questions about any team other than their next opponent, refusing to look back, or more than one game ahead.

Below you’ll find a live preview. The U.S. takes on Sweden on Thursday at 3 p.m. ET on FOX.