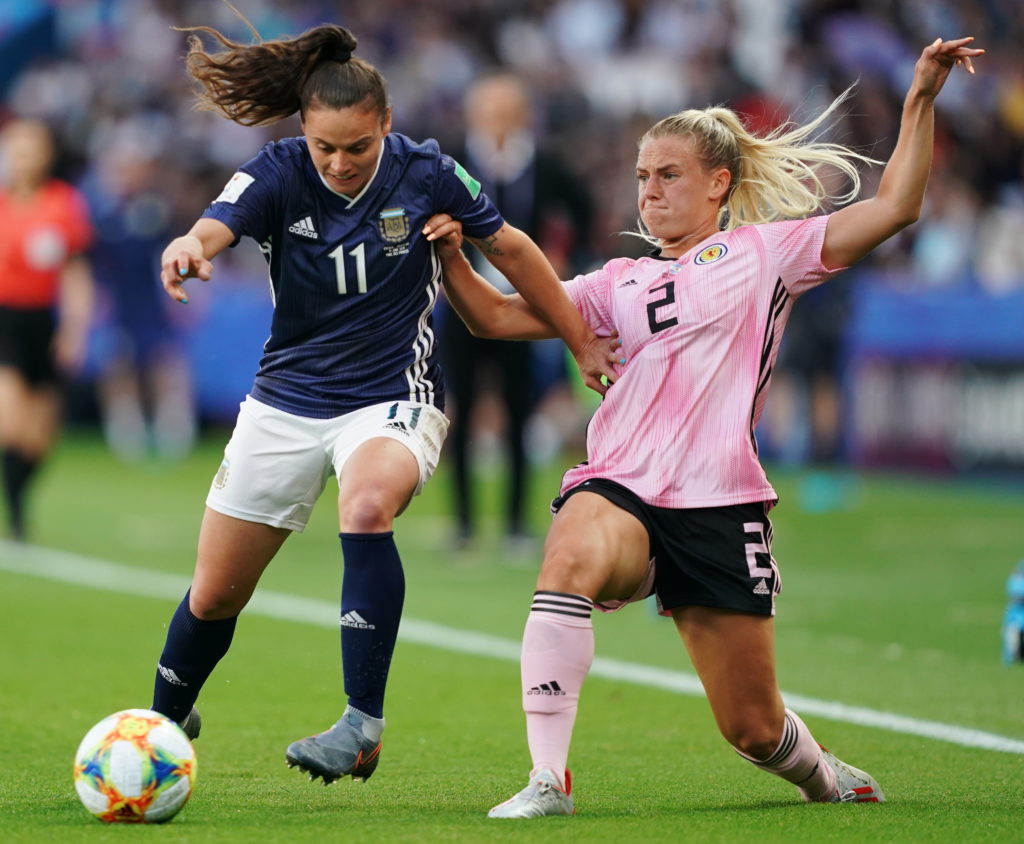 It all came down to holding the fort and keeping defense loose, but aggressive. However, Scotland couldn’t quite keep Argentina away from their net. The end result? Scotland giving up three goals to the Argentineans and crashing out of their first FIFA Women’s World Cup.

Scotland found the back of the net early when Kim Little blasted a shot in the 19th minute. The Scots got off to a hot second half, with Jenny Beattie scoring in the 49th minute. Erin Cuthbert looked to put the final nail in the coffin, but Argentina had different plans. In the span of five minutes, Argentina found the back of the net twice to give life to their side. Milagros Menéndez was the first to strike, with Flor Bonsegundo following right behind her.

Cuthbert's efforts set up Kim Little to tap it home and put Scotland on ? in the first half. pic.twitter.com/uQ8RryA2Mp

Chaos ensued when Bonsegundo was awarded a penalty kick after Sophie Howard brought her down in the box. On her first penalty attempt, Bonsegundo saw her shot saved by Lee Alexander. However, a check from VAR found that Alexander came off her line too early, thus resulting in another take for Bonsegundo.

Cuthbert sends home the rebound off the post and now Scotland are running away with it! pic.twitter.com/D3vaX5QD7y

This time she slotted it home.

Argentina are now hoping for a miracle in from the other groups. Out of the third place teams, China and Brazil are already guaranteed to go through. However, for Argentina to go through, Cameroon and New Zealand have to draw and if one team wins, that knocks Argentina out completely, as they only have two points. Meanwhile, Chile also has to lose or draw against Thailand.

IT'S NOT OVER YET!

Argentina score their second goal in five minutes to pull within one of Scotland! pic.twitter.com/7RKbxpPQK7

There was less drama across France in Nice. England swept the group with a perfect nine points after a 2-0 victory over Japan. Ellen White, the newest member of Manchester City, found the back of the net twice. Her goals came in the 14th and 84th minute. England now awaits a third-place opponent from either Group B, E or F.

Ellen White scores her 3rd career #FIFAWWC goal after being played in by Georgia Stanway as England lead at the half. ? pic.twitter.com/RFsrNZGcWy