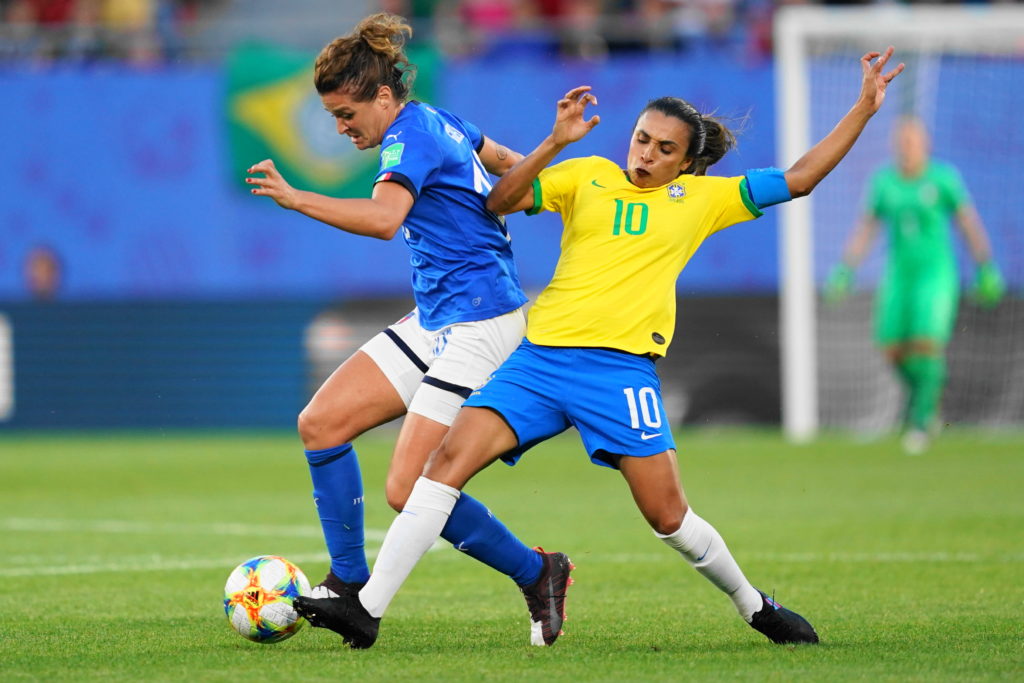 Italy, Australia and Brazil all finished on six points in Group C — the first time that has ever happened at a Women’s World Cup. All three advance to the knockout stage.

Marta scored her 17th World Cup goal on a penalty kick in the 74th minute to lift Brazil to a crucial 1-0 victory over Italy. Seventeen World Cup goals means that Marta stands alone as the player with the most World Cup goals — male or female.

Italy still won the group thanks to a superior goal difference to both Australia and Brazil. Italy will face either China or Nigeria in the round of 16, which gives the Group C winners a very real possibility of making the quarterfinals. Where did this all come from? Read our in-depth piece on the Italian renaissance for clubs and country.

Kerr scored four times — twice in each half — to move level with Alex Morgan in the Golden Boot race, on five goals apiece. More important for Kerr and Australia, the solo effort gave Australia the three points they needed to guarantee advancement.

Australia will face Norway in the round of 16 on Saturday.

Havana Solaun scored the lone goal for Jamaica in the 49th minute. Jamaica, playing in their first World Cup, are eliminated.