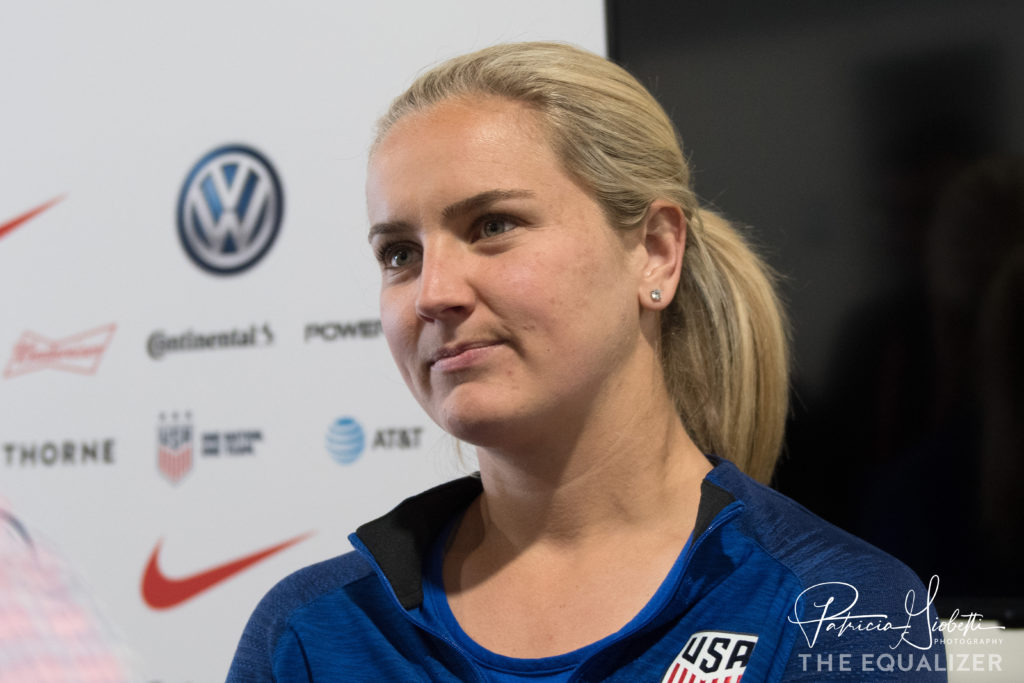 Lindsey Horan’s past is about Paris, but her story is much more than that.

Horan in 2012 famously gave up a full scholarship to the University of North Carolina – the most storied program in college soccer history – to turn professional as an 18-year-old. She left her native Colorado for the unknown of Paris Saint-Germain, becoming the first American women’s soccer player to go pro right out of high school.

She was a trailblazer, and she still is. On Sunday, she stepped on the field at the Parc de Princes – home of the PSG men, but a field on which she never played in three-plus seasons with the club – with the United States women’s national team to play Chile in the World Cup. This is Horan’s first senior World Cup, and Sunday was a much-hyped homecoming.

“It was very emotional for me and I was so happy to be here in my second home,” she said.

Since leaving PSG, Horan has made Portland her new home with Thorns FC, the National Women’s Soccer League‘s flagship franchise. And it has been during this time – her time back in the U.S. – that she has continued to transform herself as a player and a person. That transformation didn’t come without challenges, and her perseverance can be traced through a series of conversations which changed her perspective on soccer and life.

Access the best women’s soccer coverage all year long
Start your FREE, 7-day trial of The Equalizer Extra for industry-leading reporting and insight on the USWNT, NWSL and beyond.
Subscribe
Existing Users Sign In Here
Related TopicsExtraFeaturedLindsey Horan