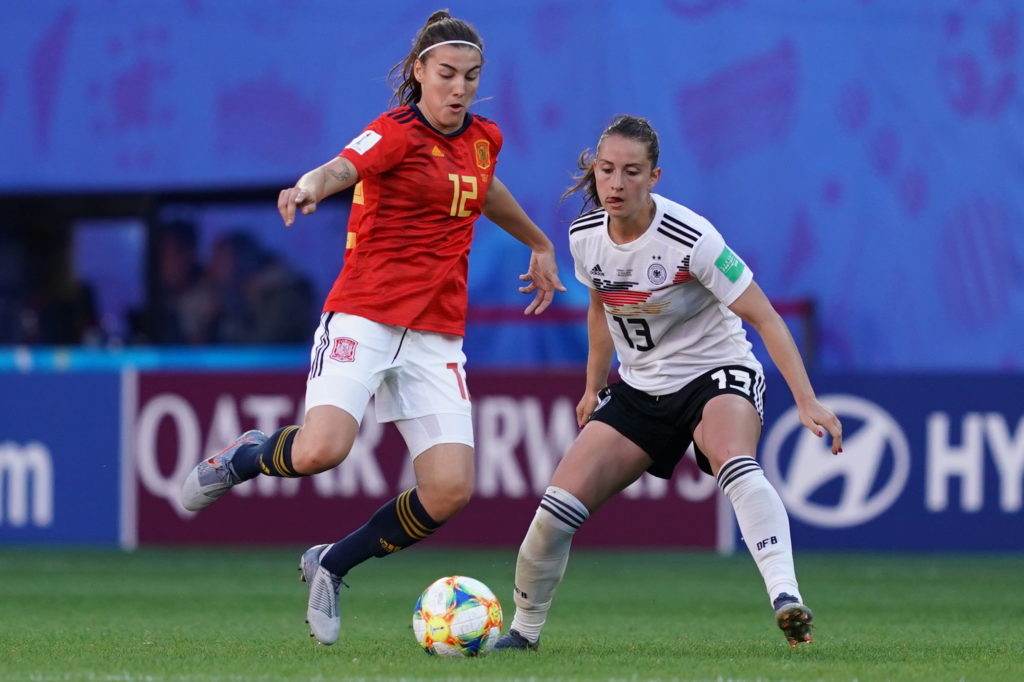 In the history of the FIFA Women’s World Cup, Germany is the only nation to win the tournament back-to-back. They did so in 2003 and 2007. While they don’t have the opportunity to accomplish that feat again, they do have the opportunity to win their third tournament. Germany was one of the first teams to qualify for the Round of 16. They claimed the top spot in Group B on Monday with a 4-0 victory over South Africa.

Germany didn’t wait long to kick off the scoring. It took 14 minutes for Melanie Leupolz to find the back of Andile Dlamini’s net. Meanwhile, two more goals were scored in the second half by Sara Däbritz and Alexandra Popp. In the second half, South Africa looks more compact on defense, holding Germany to only one goal, scored by Lina Magull in the 58th minute.

Germany will now await a third-place finisher from either Group A, C or D. Meanwhile, South Africa is officially out of the World Cup, their first-ever tournament.

Germany are headed to the knockout stage after scoring 4 goals and keeping a clean sheet vs South Africa.

Watch the full game highlights in our 90' in 90" ⬇️#FIFAWWC pic.twitter.com/xU44weANii

Peng Shimeng didn’t miss a beat against the tough, physical strikers of Spain. The Chinese goalkeeper, who is 21-years-old, made nine saves in China’s scoreless draw with Spain. China and Spain have finished group play with four points, but Spain has received the automatic addition into the Round of 16, due to goal differential. China will now wait to see what other teams do in group play, which ends on Thursday.

Meanwhile, in Group B, Germany had a perfect group stage with three victories. They have won the group, which South Africa has been eliminated.

Spain advance to their first-ever #FIFAWWC knockout stage while China go through as well thanks to a goalless draw.

Watch the full game highlights with our 90' in 90" ⬇️ pic.twitter.com/9niHMpt5Xw

Wendie Renard finished her second attempt at a penalty kick — this one in the 79th minute — as France narrowly defeated Nigeria to top Group A.

Renard missed her first attempt but, after video review, Nigeria goalkeeper Chiamaka Nnadozie was controversially ruled to have stepped off her line, resulting in a re-take. Renard converted that time.

Nigeria are still alive and hope that their three points minus-two goal difference will be enough to advance as one of the best third-place finishers.

Caroline Graham Hansen scored the fastest penalty kick in Women’s World Cup history, finding the net 4:33 into the match. But Norway’s second PK — converted by Isabell Herlovsen — was a result of a hard foul on Graham Hansen, who had to leave the match due to an apparent ankle injury. Norway clinced second in Group A, but that will be a major injury concern going forward.

The Equalizer Podcast, Episode 64: All According to Plan
Jess McDonald crosses a once unlikely World Cup finish line