Ellis empties the bench in another U.S. rout 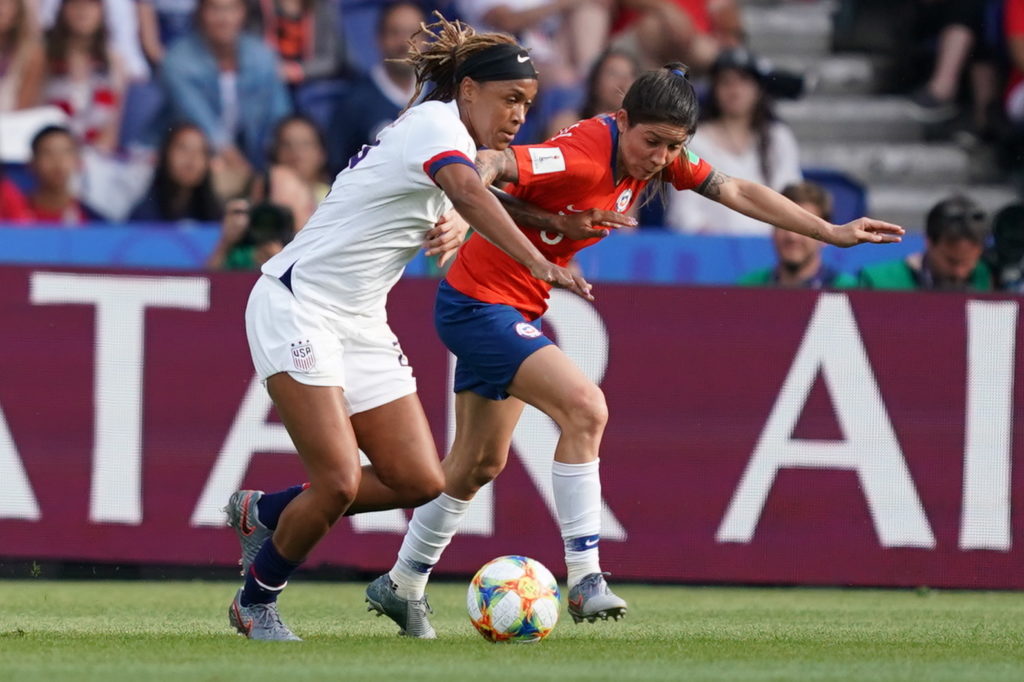 The top-ranked Americans had been expected to cruise through the first two games of Group F since the moment the groups were drawn on December 8. Sweden will serve as the Americans’ first real test when the two teams play Thursday in Le Havre for the right to win the group; the U.S. needs only a draw from the game to finish first in Group F.

With respect to them, Thailand and Chile were never going to bother the Americans, whose talent is too vast and deep for either of those emerging programs to realistically dream of an upset. That depth was on full display on Sunday when U.S. coach Jill Ellis changed seven of her starters from the Thailand game. By the end of the match – the second match in of the World Cup – all 20 outfield players had seen playing time, something practically unheard of for a team.

As easy as these two opening matches of the 2019 World Cup might seem for the U.S., they are the perfect ice-breakers for a team known to start slowly (see 2015). Ellis spoke after the Thailand game about getting her goal-scorers “feeling the back of the net.” On Sunday, against Chile, the roster rotation allowed starters to rest and reserves to get a true taste of World Cup action.

U.S. players had different views postgame of just how premeditated this rotation was from the coaching staff. Megan Rapinoe noted that it looked clear from the draw while several younger players said they found out this week. Ellis though, made her motives clear.

“First of all, it’s obviously for morale purposes, cohesion, team, and all that,” Ellis said. “It’s fantastic. You see the players celebrating each other again tonight, so in that purpose, it’s a happy camp.

“In regards to load, there’s a lot of games in this tournament, if you want go far in it. So, I think in terms of the ability to take a game off of some legs is obviously, hopefully a good thing in terms of total load over the course of – I think it was six games in 25 days, and now it’s five games. If you want to go far in the tournament, you’ve got to have legst. So I think any time you can rest players or get players to less of a load knowing that it’s still a pretty quick turnaround, I don’t have have any concerns in terms of losing any rhythm or having those players that didn’t play today prepared and hungry and ready to go.”

These are the lessons that Ellis learned in 2015. She managed injuries to Alex Morgan, suspensions to Rapinoe and Lauren Holiday, and the workload of a 35-year-old Abby Wambach.

Adding to the load for the U.S. – which, notably, always discusses the World Cup as a seven-game tournament, providing a window into their mentality – is their placement in Group F, which kicked off the tournament four days after hosts France, their possible quarterfinal opponent. Should the U.S. get to the final, they’ll have played their seven matches in fewer days than any likely opponent.

“When we saw the draw come out, we were thinking, ‘Where can we get players some rest?’” Rapinoe said. “We’ve kind of been able to shrink that now for some of the starters; maybe more of like a five-games on the bounce rather than seven. Obviously, with the bench that we have – it’s ridiculous. I think, to get people in, going through the tournament, whether it’s suspensions or substitutions or injuries or whatever. We’re going to need a lot of people.”

The U.S. squad which started against Chile was hardly green – Becky Sauerbrunn made her 2019 World Cup debut after being held from the opener due to injury concern, and Carli Lloyd wore the armband – but four players made their World Cup debuts. Jess McDonald was the oldest, at age 31, and Tierna Davidson was the youngest, at 20. Davidson assisted two of the goals, both times on corner kicks. (Allie Long and Emily Sonnett were the others two.) 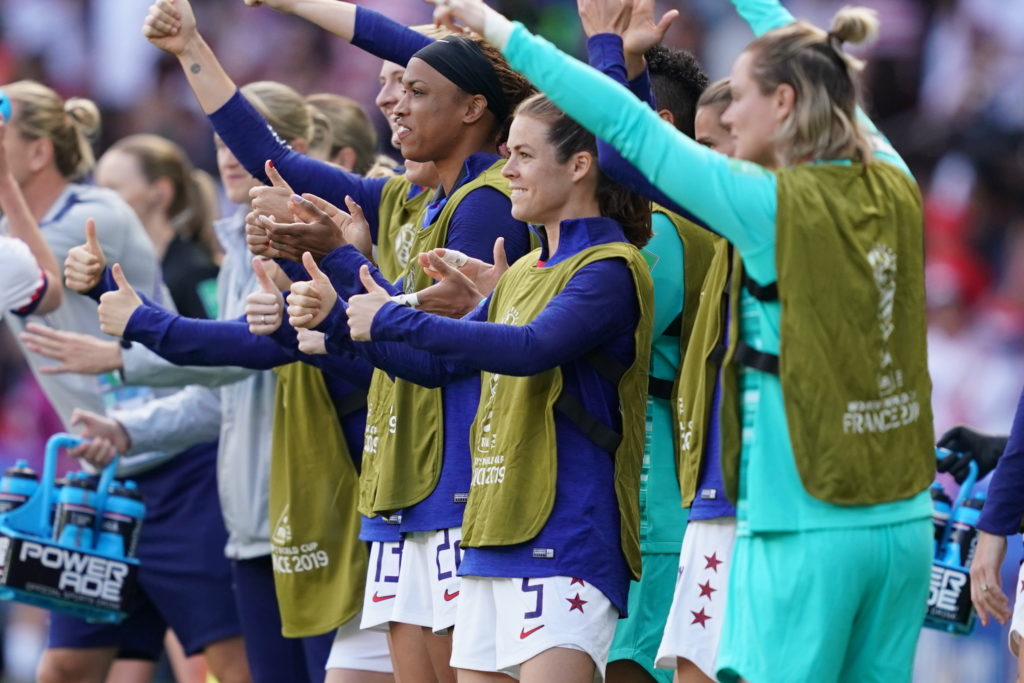 All of those players could be needed later in the tournament, and in the case of Davidson, in particular, getting her on the field now – as opposed to in a pinch, if either center back or left back Kelley O’Hara gets injured or suspended – gets any would-be jitters out of the way.

Now things start getting serious for the Americans. Sweden is a longtime nemesis, and the showdown on Thursday in Le Havre is something of a poisoned chalice. Win or draw and the U.S. wins the group, making their likely path to the semifinals a round of 16 match against Spain or China, and then a quarterfinal against France in Paris. Finish second in Group F and you might be staring at Canada in the round of 16 followed by Germany in the quarterfinal.

On Sunday (as she has for a while), Ellis dismissed the idea that she would manipulate any match to play for a more favorable draw. “You can’t overthink this,” she said. “Deciding to come second or manipulate a score, I think that could be dangerous.”

Ellis is likely to roll out her preferred 11 against Sweden, and she’ll need to manage Lindsey Horan after the midfielder picked up a yellow card against Chile. Horan is an essential piece of the U.S.’ midfield and the Americans will need in the latter stages. One more yellow card before the semifinal reset and Horan would be suspended for the next match, thanks to FIFA’s archaic, overly harsh accumulation rules.

The early stages of every tournament for a U.S. team are a delicate balance of taking care of business in the moment, looking ahead and managing the longer-term. That’s the reality of being a perennial favorite.

Ellis rotating her roster against Chile was clearly always part of the plan, even if she has to say the right things. Her message, like in 2015? One game at a time”

“Right now, the only team that we are concerned about is the one right in front of us, and that’s Sweden.”

Day 10: USA, Sweden advance to Round of 16 with victories
It’s just another World Cup for Ali Krieger