Day 10: USA, Sweden advance to Round of 16 with victories 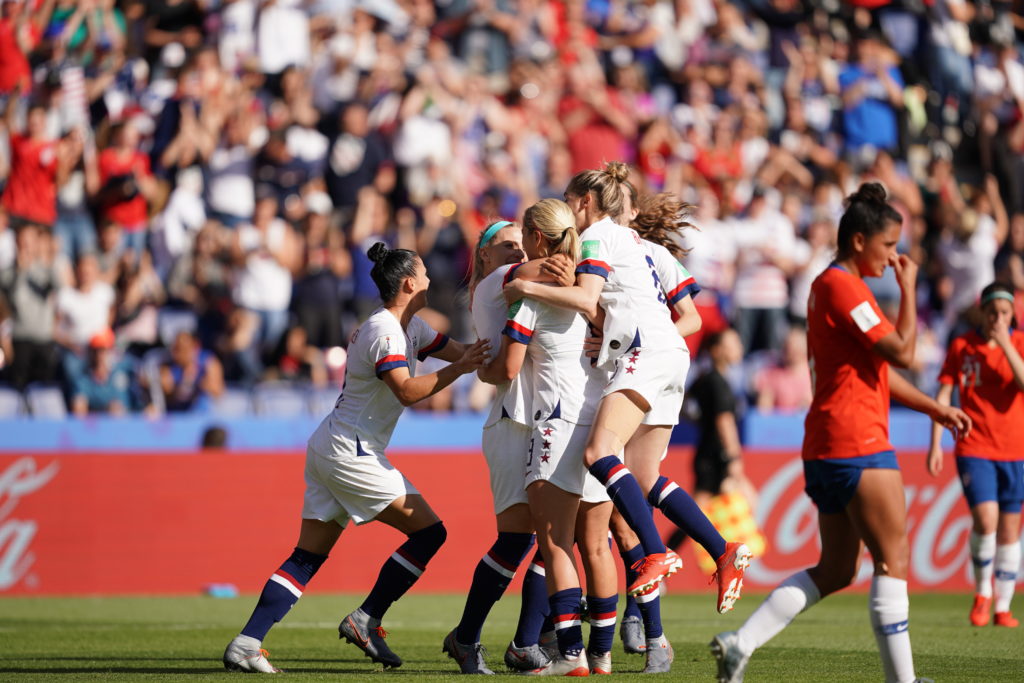 Sweden cruised past Thailand, 5-1 on Sunday to book a place in the round of 16. The Swedes had five different goal-scorers on the day.

Linda Sembrant opened the scoring in the 6th minute, and Kosovare Asllani doubled the lead 13 minutes later. Fridolina Rolfo made it 3-0 before the half, and the Swedes added a pair of late goals to pad the scoreline, including a penalty-kick goal in the sixth minute of second-half stoppage time, following video review.

Thailand has been mathematically eliminated from advancing, after losing 13-0 to the U.S. in their opener. Captain Kanjana Sung-Ngeon did score Thailand’s first goal of the 2019 World Cup in second-half stoppage time.

Sweden are headed to the knockout stage thanks to 5 goals and a strong performance against Thailand.

Watch the full game highlights in our 90' in 90" ⬇️#FIFAWWC pic.twitter.com/AsXM9gpTyZ

Dream start for the USA! pic.twitter.com/txYUkQTCTN

With the victory, the United States have advanced to the Round of 16. Also advancing in their group is Sweden, who beat Thailand earlier today. The United States didn’t wallop on Chile like they did in their first match against Thailand. However, Carli Lloyd found the back of the net twice in the first half and Julie Ertz scored her first-ever World Cup goal. Meanwhile, Lloyd made history with her goal, making her the first-ever play to score in six-consecutive FIFA Women’s World Cup matches.

The match could have easily been 8-0 if it wasn’t for the stellar goalkeeping of Christiane Endler. The Chilean goalkeeper kept her side in it and even denied USA forward Christen Press three times. Endler had a highlight reel game, despite the final score. She finished the match with six saves.

The Chile goalkeeper is standing on her head, this time robbing Christen Press. #FIFAWWC pic.twitter.com/xdmRTyIvc8

Chile almost had a goal in the first half, but defender Carla Guerrero was waved offside. However, United States goalkeeper Alyssa Naeher was completely caught off-guard and the ball went behind her. The United States was lucky enough to see the referee raise the offside flag.

Of note for the United States, four players made their FIFA Women’s World Cup debuts. Tierna Davidson started the match and assisted a goal from Lloyd and Ertz’ header. Both of her assists came off corner kick takes. Meanwhile, Jessica McDonald entered the match at halftime and almost scored, but her shot smacked off the post. Allie Long and Emily Sonnett also made their debuts.

Stop us if you've heard this before… Julie Ertz at the near post! ?

She scores her 1st career #FIFAWWC goal to double the @USWNT lead! pic.twitter.com/S2DpnurNdf

Get in formation: Canada stifles New Zealand with 3-5-2
Ellis empties the bench in another U.S. rout