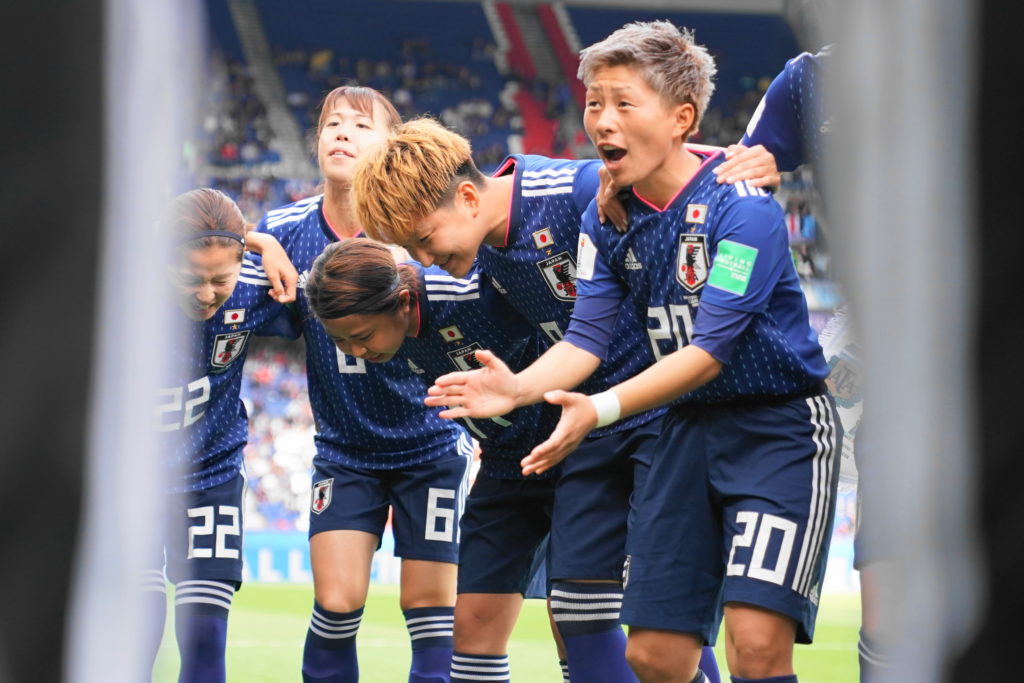 PARIS, FRANCE - JUNE 10: Players of Japan during the team huddle prior to the 2019 FIFA Women's World Cup France group D match between Argentina and Japan at Parc des Princes on June 10, 2019 in Paris, France. (Photo by Daniela Porcelli/Getty Images)

A last-minute goal didn’t save Scotland in their first World Cup match against Japan. Instead, the Japanese — who made it to the last two FIFA Women’s World Cup finals — resurrected themselves after notching a draw with Argentina to kick off their World Cup. Japan ended up routing Scotland, 2-1.

WHAT A HIT! Iwabuchi blasts it past the goalkeeper for the 1-0 lead.

Mana Iwabuchi wanted to get Japan ahead relatively early in the match, completing the task in the 23rd minute. Meanwhile, the momentum soared for Japan in the 36th minute when Rachel Corsie was shown a yellow card and gave up a penalty kick. Corsie brought down Yuika Sugasawa inside the box. Sugasawa ended up lining up the penalty past Scottish goalkeeper Lee Alexander.

Scotland didn’t give up hope and found the back of Ayaka Yamashita’s in the 88th minute, courtesy of Lana Clelland, who entered the match in the 76th minute.

Sugasawa converts it herself after falling rather easily in the box, and it doubles the lead. Should it have been a PK? #FIFAWWC pic.twitter.com/A8MQXsBTZk

WHAT A GOAL BY CLELLAND! ?

Scotland scores a beauty but it was too little too late. #FIFAWWC pic.twitter.com/Me9Dm2Vnwo

Italy advanced to the knockout rounds of the FIFA Women’s World Cup with a 4-0 victory over Jamaica. The Reggae Girlz, on the other hand, have yet to net their first World Cup goal. This is the first time Jamaica has participated in a World Cup tournament.

Itay’s hero of their first match against Australia was midfielder Barbara Bonansea. However, the hero against Jamaica was Bonansea’s Juventus teammate Cristiana Girelli. The 29-year-old striker scored Italy’s first-ever hat trick in the World Cup. Her first goal came off a penalty kick that was intially saved by 19-year-old Jamaican goalkeeper Sydney Schneider. However, VAR ruled that a Jamaican player jumped too early and gave Italy another penalty try.

Sydney Schneider makes ANOTHER penalty save but gets called back for stepping off her line. Cristiana Girelli scores on the 2nd attempt and it's 1-0, Italy. #FIFAWWC pic.twitter.com/mq9pndL4Ec

Another Italian also had a successful day in finding the back of the net, as Aurora Galli, who entered the match in the 65th minute, scored two goals within 20 minutes.

Italy has now joined Germany and France as teams moving on to the knockout rounds. Meanwhile, Jamaica has one more chance to find their first-ever World Cup goal against Australia on Tuesday.

Cristiana Girelli becomes the first Italian to score a hat trick at the #FIFAWWC pic.twitter.com/XT8Qc1fbyy

Galli scores her second of the game after a PERFECT through ball from Giugliano. #FIFAWWC pic.twitter.com/rkD9xYavEB

For a moment, it looked as if Argentina could possibly pick up three points off three scoreless draws. They shocked Japan for their first-ever World Cup point last weekend and today against England the opportunity came again. However, Jodie Taylor spoiled the party for Argentina, scoring the lone goal in England’s 1-0 victory.

The Lionesses have propelled themselves on top of Group D. However, they have stiff competition for first place against Japan, who defeated Scotland today. The two sides will meet on Wednesday at 3 p.m. ET.

It's Jodie Taylor who breaks the deadlock after a great ball from Beth Mead.
1-0. ? #FIFAWWC pic.twitter.com/XPDh6PTIHj

Correa with ANOTHER great save!

She blocks Mead's shot and keeps the game scoreless in the first half. pic.twitter.com/Za2IAYIs34