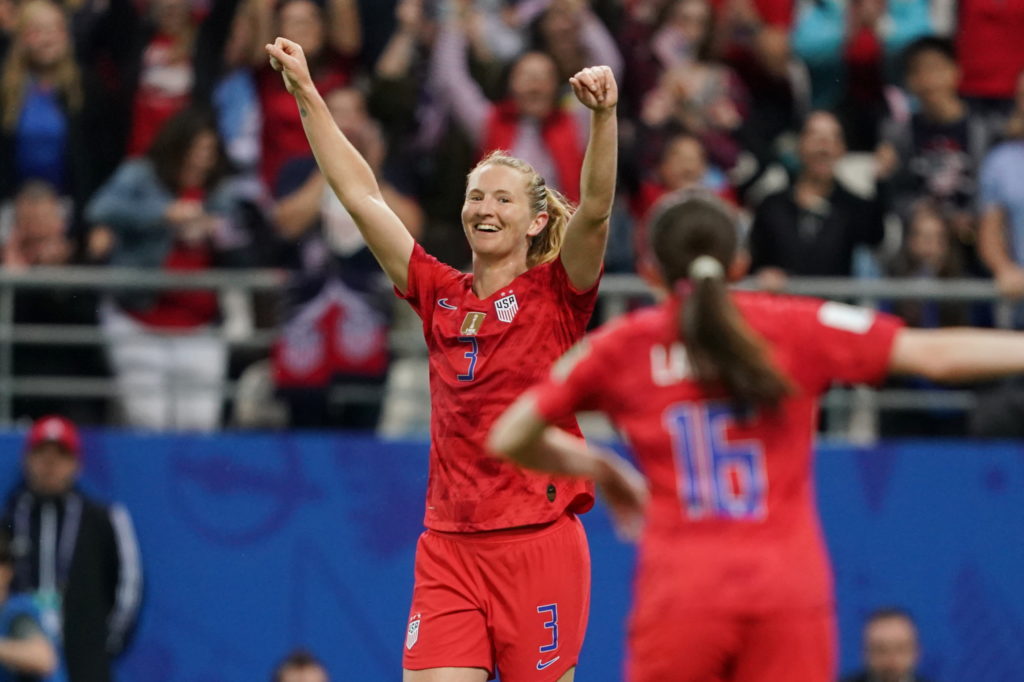 REIMS, France – Sam Mewis had waited a long, long time for this moment. And as it turned out it, it was going to take even a little bit longer.

In 2016, the United States women’s national team midfielder was an alternate on the Olympic team, missing her first real chance to play in a major senior tournament.

Then in 2017, Mewis finally broke through as a mainstay for the Americans, only to suffer a career-threatening knee cartilage injury that November — one that was much more serious than almost anyone knew and one that hampered her through much of 2018. By the time she did make it back to full fitness, the starting position she had earned the year before had vanished.

The day before the U.S.’ 2019 World Cup opener in Reims, Mewis finally earned her big moment of redemption, finding out that she’d be starting in the team’s game against Thailand — the last of two teams in the entire tournament to play their opening match.

Then, on match day, the teams warmed up. The anthems played. The team did its final pregame huddle. The Americans walked out onto the field and into their positions for kickoff.

But the game didn’t start.

In order to accommodate FIFA’s precise kickoff time and the TV broadcasts, the game couldn’t begin just yet. So, with a raucous pro-American crowd cheering and anticipation at a fever pitch, the players just stood there.

“We had to wait a minute for the TV time,” Mewis said after the game. “I was looking at [Megan Rapinoe] and I was thinking, ‘Oh my God, we’ve waited this long.’”

An upside of the delay? Mewis had a few extra seconds to fully appreciate the occasion.

“I kind of had a moment where I took it all in and was just smiling and felt really happy and grateful to be here,” she said. “It was kind of cool that I actually got that extra minute or two to just kind of soak it all in.”

Mewis’ parents were in Reims for the occasion and the midfielder says that sharing the experience with them has proved the most rewarding part.

“I got a little emotional [Monday] when [the starting lineup] was announced,” Mewis said. “They showed us videos of our families right after. Having it all happen at once, I got tears in my eyes. The best part about it is sharing it with my family and my teammates.”

WHOLESOME CONTENT ALERT ?@sammymewy's parents reacting to her first #FIFAWWC goal is what dreams are made of. ?❤️ pic.twitter.com/ayTywhTJSr

Mewis scored a brace for the Americans on Tuesday night, but admitted she’s “embarrassed” to see the replay because she was jumping around in celebration, but couldn’t immediately find Rapinoe — who had provided the assist.

After the long journey missing out on previous teams and her injury woes, Mewis explained that the best part of her first World Cup match was knowing that she had helped the team.

“It’s really just the feeling of contributing,” she said. “In 2016, I contributed in a different way and then being injured, you feel like you’re not contributing at all. Being able to be out there on the field and interacting with everybody, just seeing everybody’s faces light up when everyone was able to get a goal, or an assist. It was so much fun being out there and these are the moments that make those harder times worth it.”

On the night, the 26-year-old was one of seven Americans to make their World Cup debut, an experience she hopes the team can use as they progress through the tournament.

“It gave us all a good feeling to know that we can contribute at this level,” she said. “I know for all of us this has been a dream for so long. To be able to contribute to the team and be out there and feel like we were doing something right felt really good. Hopefully, we can all just carry that feeling of success [forward].”

“We just want to build on the feeling that we have because that kind of joy that we played with can carry us a long way.”

The Thailand-USA disparity
An ugly win for France, but three points nonetheless