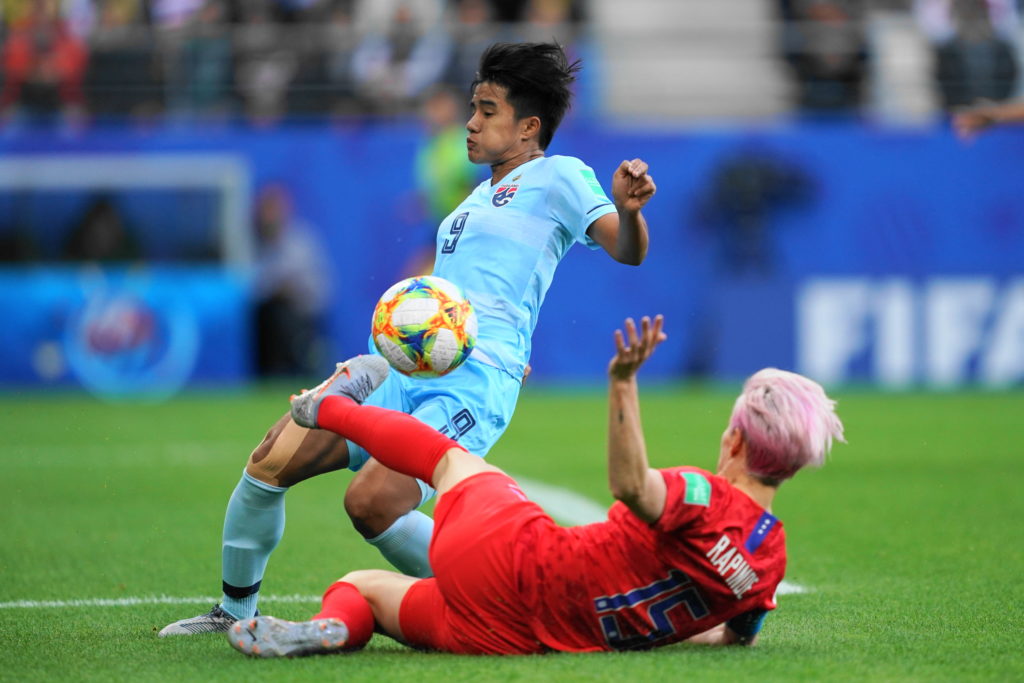 REIMES, France — Miranda Nild approached what can safely be assumed as the largest group of reporters she has ever faced. Her team, Thailand, had just lost 13-0 to the United States in their World Cup opener, the most lopsided result in the history of the competition.

She smiled through tears in her eyes as she answered questions, a mix of the heartbreak of such a loss conflicting with the pure bliss of debuting in a World Cup. Thailand had been humbled – or embarrassed, depending on your view. Nild decided to look at the positive – a dream achieved – rather than the loss.

“Yeah, that’s how I’m looking at it. I’m trying to take the best, positive light out of it,” she said.

Nild knows better than any other player on the field at Stade Auguste-Delaune, the disparity between the top-ranked Americans and the Thai program. Nild, known as Suchawadee Nildhamrong in Thailand, grew up in California. She qualifies as a Thai international because her father was born there. She developed in the American youth system, that complex web of acronyms which, frustrating as it can be due to cost and politics, is miles ahead of the likes of a Thailand.

Asked if she felt the U.S. was at all unsportsmanlike, Niled – while being whisked away by a team official – flashed another wide smile