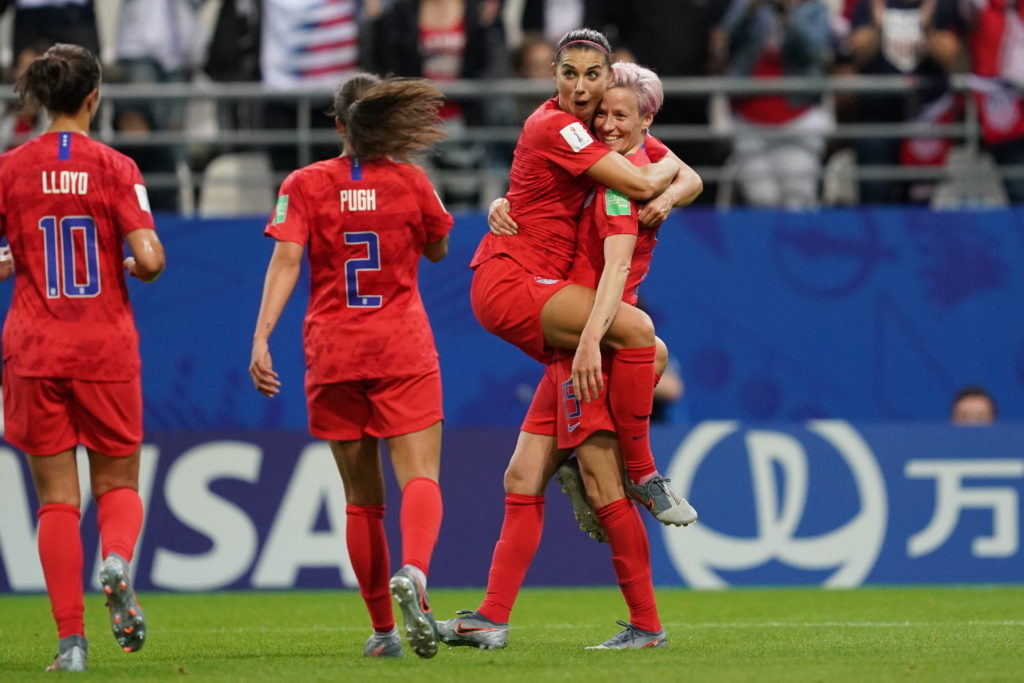 The United States kicked off their 2019 World Cup with a resounding, record-breaking win over Thailand. In a match thought to be a soft opener for the U.S. the holders came out fast and ended faster, thrashing their overmatched foes 13-0. A four-goal barrage in less than seven minutes early in the second half turned an already one-sided contest into a snoozefest, but the game became so lopsided later it became interesting all over again. Alex Morgan bagged five goals to match records for both the Women’s World Cup and United States women’s team. The final did Germany two better from an 11-0 win over Argentina at the 2007 tournament that had been the event’s most lopsided match.

What did we learn from the this? Not all that much to be honest. But here are three takeaways.

Don’t be fooled by the domination

The U.S. has taken some criticism in recent years for not dominating inferior sides as much as they should. Remember 1-0 against Trindad and Tobago in the 2014 Concacaf Women’s Championship? This match was nothing like that. The United States attacked ruthlessly and systematically, carving Thai defenders up from all angles and never stopping until Carli Lloyd got played through for the final goal in stoppage time. Jill Ellis’s substitutions showed no mercy with Lloyd, Christen Press, and Mallory Pugh being the three replacements.

Did this match prove that the U.S. are ready to dominate the tournament? Yes and no. They certainly came out firing and ready, but they also faced an inferior opponent that did little to help itself out. Thailand attempted to play defensively, a tactic that has worked to varying degrees against the U.S. over the years. The problem was that Thailand did not do it very well. At some point you need to put a body on your attacking mark.

Access the best women’s soccer coverage all year long
Start your FREE, 7-day trial of The Equalizer Extra for industry-leading reporting and insight on the USWNT, NWSL and beyond.
Subscribe
Existing Users Sign In Here
Related TopicsAlex MorganBecky SauerbrunnExtraFeaturedThailand

Julie Ertz, USA: 2019 Women’s World Cup Influencer
A flood of goals and rotating shape: What can we really learn from a 13-0 win?