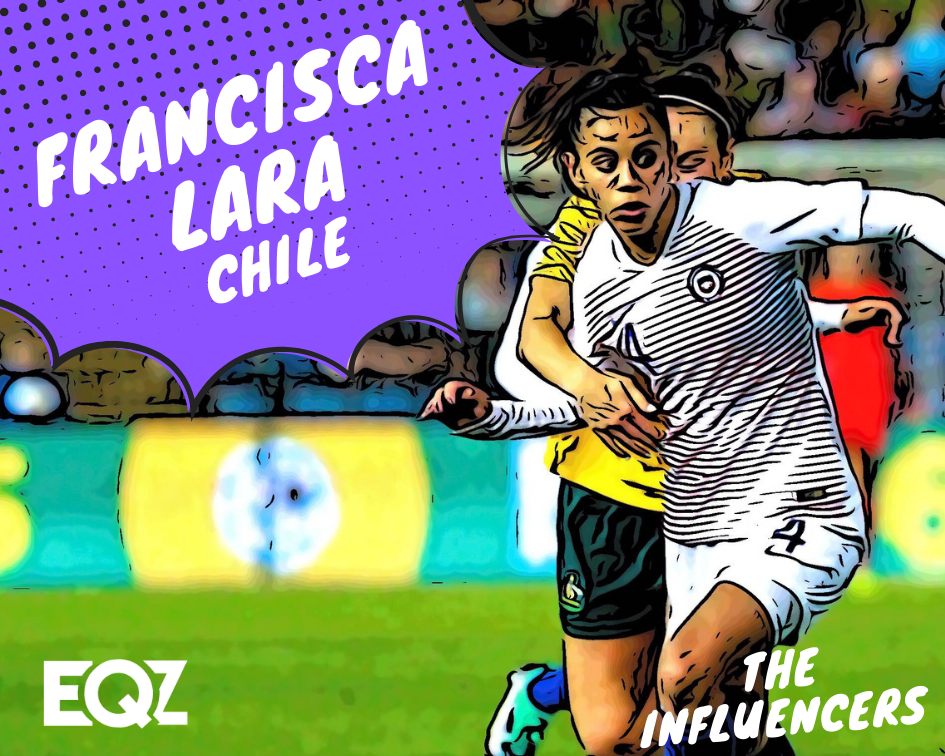 The series is exclusive to members of The Equalizer Extra. Subscribe here.

Who are Chile? That’s likely to be the question asked by more than a handful of women’s soccer fans this summer, especially as the make up a quarter of the USA’s World Cup group. Which, given the fact La Roja failed to play a single fixture between late 2014 and May 2017, is a fair question. The 2018 Copa América Femenina hosts are rather the surprise package of the entire tournament, and one of the quiet stars of the team is Francisca Lara.

Access the best women’s soccer coverage all year long
Start your FREE, 7-day trial of The Equalizer Extra for industry-leading reporting and insight on the USWNT, NWSL and beyond.
Subscribe
Existing Users Sign In Here
Related TopicsChileFrancisca LaraThe Influencers