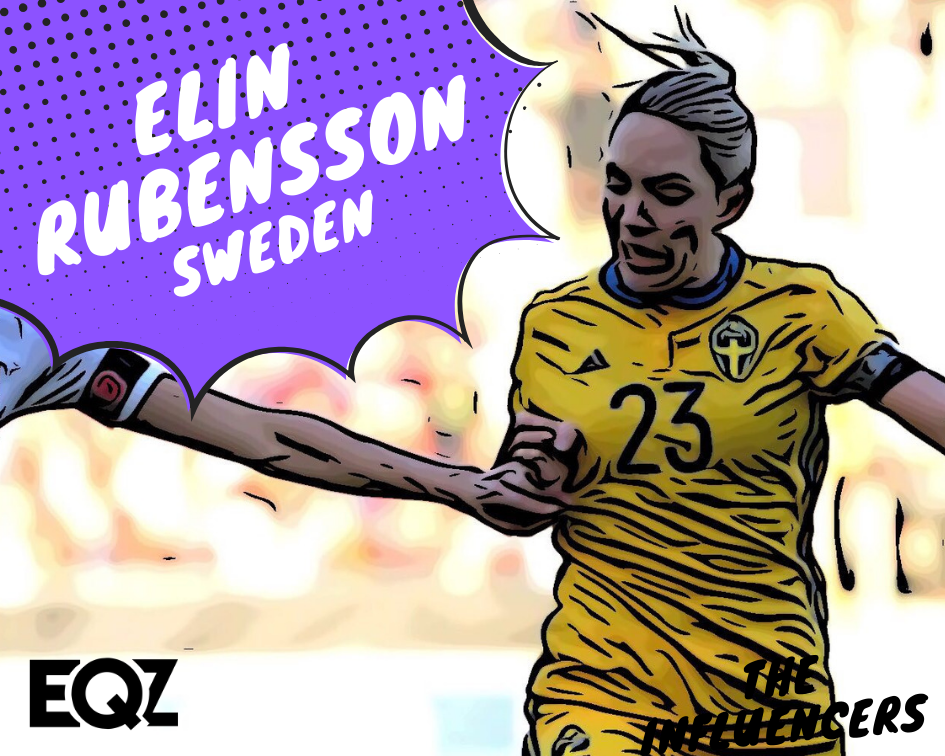 The series is exclusive to members of The Equalizer Extra.

Having become a big part of Sweden’s midfield spine, there’s no little irony in the fact that Elin Rubensson has suffered with long-term issues with her own back that have, at points, limited her playing time. Rather a jack of all trades, Rubensson started life out as a striker before being converted to a full back before finding a home in midfield, the middle of the park the best place for her to stretch her legs and play a big role in each third.

Rather a peripheral player under Pia Sundhage, Rubensson has been a solid starter for Peter Gerhardsson since he took charge of the squad in 2017, her attacking abilities well suited for his style.

Not just an important player for Sweden but the lifeblood of Kopparbergs/Göteborg where she plays her club football, the current Damallsvenskan leaders would be more than a little lost without her. A constant runner, the midfielder drifts from box to box, keen to launch attacks and get her team underway, her diminutive stature almost a guise for her explosive abilities.

Not just a tireless creator, the midfielder possesses incredible shooting prowess and is fond of a shot from range – something not typically associated with the more methodical Swedish build-up and style. The 26-year-old is one of the many in the Swedish team who carries a persistent threat on set pieces, her crossing pinpoint although she’s a fair way down in the pecking order when it comes to dead ball situations for Blågult.

One of just four midfielders named in Sweden’s roster for the World Cup, Rubensson and Caroline Seger are likely to have a lot of game time to get through, but their growing partnership has been a delight under Gerhardsson. Whilst the defense and attack are more weighted, with veteran center back Nilla Fischer and young attacking force, Stina Blackstenius the players people think of as the game changers, there can be no overlooking Rubensson. The midfielder likely to be at the heart of the action, creating and working for teammates like Kosovare Asllani, Fridolina Rolfö and Anna Anvegård (another young player to watch this summer) to shine.