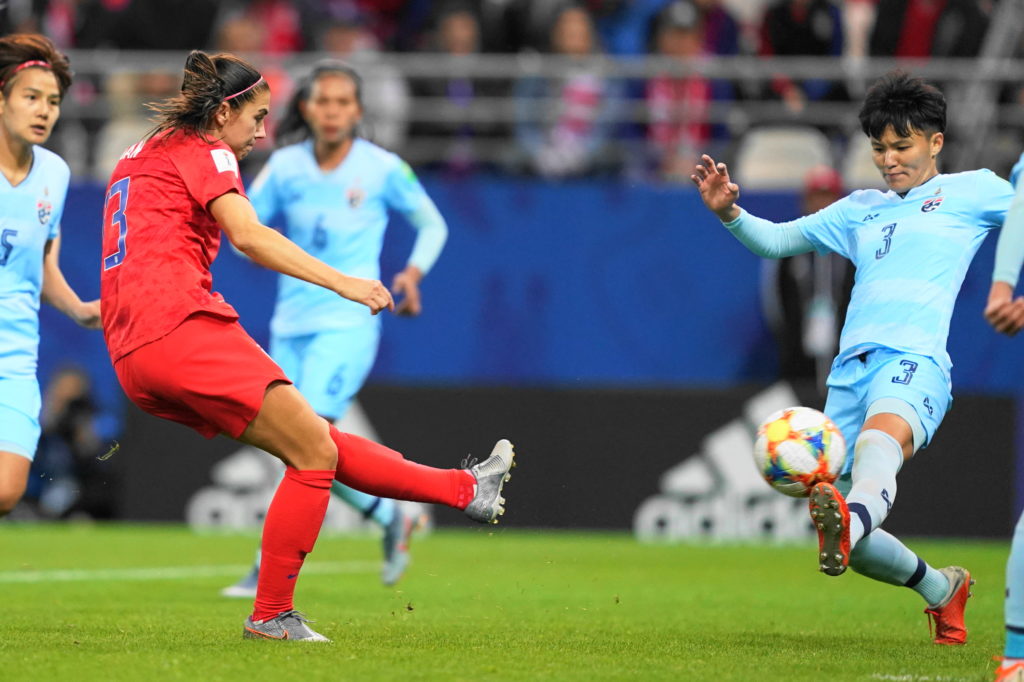 REIMS, France – The United States women’s national team‘s 13-0 win over Thailand on Tuesday broke the record for the largest margin of victory in a World Cup match. The onslaught of goals, the celebrations and all the tired UConn-basketball-esque conversation around what is or isn’t good for the sport will take the headlines.

Sure, Thailand is nowhere near the level of the United States — just as Chinese Taipei and the U.S. were on different levels in 1991, the inaugural Women’s World Cup. But Morgan equaling that longstanding record seems to have been glazed over, the striker’s accomplishment taking a back seat to the question of whether she and her teammates should have toned down their celebrations.

“In the moment,” Morgan said, “every time we score a goal in a World Cup, you dreamt of it – I’ve dreamt of it since I was a little girl, winning a World Cup and being back here for the third time. We want that fourth star. Tonight, we knew that every goal could matter in this group-stage game. When it comes to celebrations, I think this was a really good team performance tonight, and I think it was important for us to celebrate with each other.”

Akers was the top scorer at that World Cup, with 10 goals in six matches as the Americans claimed the inaugural title.

As absurd as it sounds after just one match played for each World Cup team, it’s hard to see anyone not named Alex Morgan winning the Golden Boot now. Germany’s Celia Sasic and the United States’ Carli Lloyd each scored six goals in 2015, when they set the pace for the entire tournament.

“It’s huge,” Jill Ellis said of players finding their scoring touch. “I think it was massive to get Carli a goal tonight. She’s a player that you want to get hot, so again, that feeling. For Alex tonight, I thought she was tight and tidy in the box and I thought she pulled the trigger well. Again, some world-class finishes. You want, you can see the feeling. That’s the big part of it. You want to have that feeling. It’s a self-belief, it’s a confidence, it’s an energy – call it whatever you want. Goal-scorers have to feel that. We all know the word drought, but when you have a deluge of goals like that, it’s important. It’s a good feeling to boost the confidence.”

A boost of confidence? Another understatement.

A flood of goals and rotating shape: What can we really learn from a 13-0 win?
Healthy and happy: Kelley O’Hara’s emotional World Cup opener