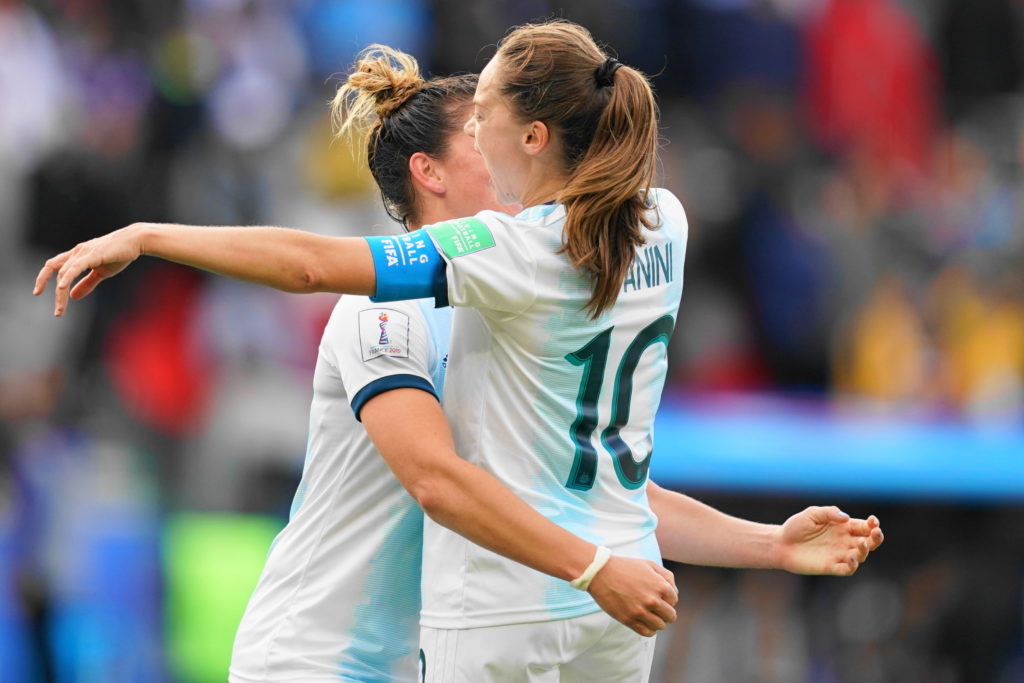 Argentina earned a point for the first time in seven Women’s World Cup matches on Monday, playing to a scoreless draw with 2011 champions and 2015 finalists Japan. The result leaves the two teams level in Group D, which England leads after defeating Scotland, 2-1 on Sunday.

Argentina lost all three of their matches at both the 2003 and 2007 World Cups, their only other appearances in the competition.

Emotional scenes followed on the field for Argentina players, who celebrated like the 0-0 draw as if it were a knockout-stage victory. For them, even returning to the World Cup is an important step. They’ve fought their way through under-funding and outright neglect from their federation, as we previously detailed.

For the first time in Christine Sinclair’s FIFA World Cup history, she did not score in the opening match for Canada. Sinclair has been part of five World Cup tournaments. However, in Canada’s 1-0 victory against Cameroon, it was defender Kadeisha Buchanan that sent in the game-winning goal.

In the dwindling minutes of the first half, Buchanan did her best Wendie Renard impression and flew through the box on a corner kick. Her head made contact with the ball and was put in the back of Cameroon goalkeeper Annette Ngo Ndom’s net. Buchanan was completely unmarked by the Cameroon defense. However, Cameroon put up a fight to keep Canada to one goal.

The talk of this World Cup for Canada is if Sinclair can break Abby Wambach’s international goals record. Wambach finished her career with 184 goals, and Sinclair is only three goals away from tying the record. Up next for Sinclair and the Canadians is a Group E match against New Zealand, while Cameroon takes on the Netherlands.

Kadeisha Buchanan is wide open at the far post to head in the opening goal right before halftime. #FIFAWWC #CAN pic.twitter.com/APmKfPTAvY