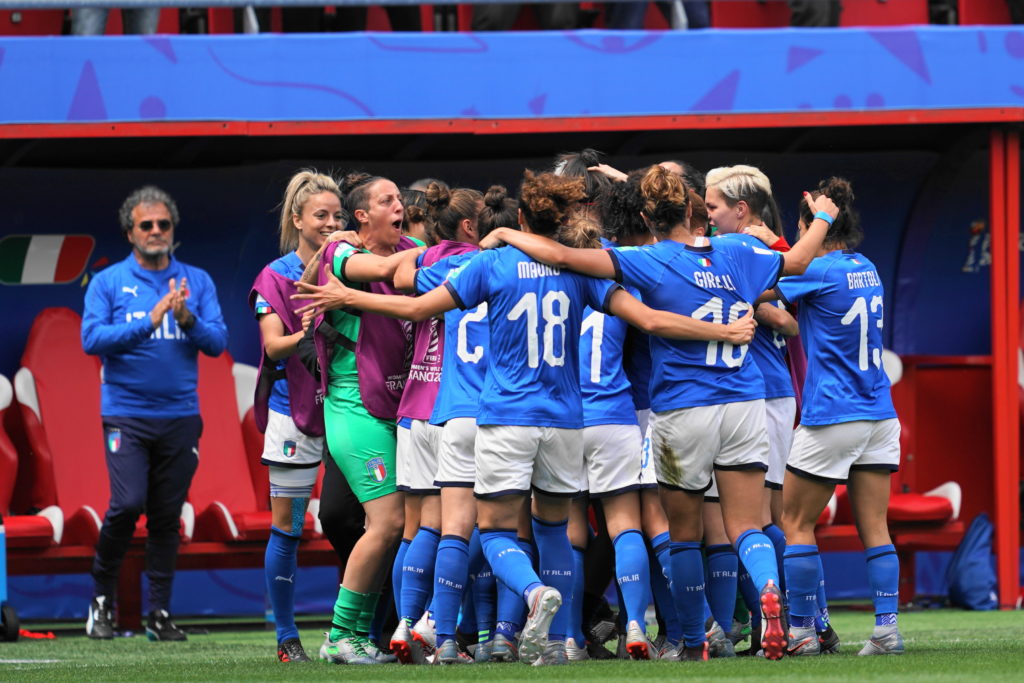 Italy returned to the World Cup for the first time since 1999. They made the most of their return with a 2-1 upset victory against an attack-powered Australian side. Italy entered the match with no holds barred, using their body to create a physical match. However, the spotlight was on Italian striker Barbara Bonansea.

Australia saw their opening goal in the 22nd minute. After Sara Gama took down Sam Kerr in the penalty area, the Australian goal-scorer lined up to take a penalty. Her initial attempt was saved by Italian goalkeeper Laura Giuliani. However, Kerr jumped on the rebound and tucked it in the lower corner of the net. Kerr’s goal was her first at the World Cup.

Australia's superstar has her penalty saved but she puts in the rebound for her first career #FIFAWWC goal. pic.twitter.com/0JjrTqlR33

Italy didn’t stay quiet, as Bonansea notched the equalizing goal in the 56th minute. Bonansea was all over the pitch for Italy, as she almost had a goal in the first half, but was waved offside. For her goal in the second half, Bonansea picked off a defensive gaffe from Claire Polkinghorne and slotted it past Lydia Williams.

Bonansea quieted Australian fans with a stoppage time goal, beating Sam Kerr and slotting the ball past Williams. The goal wrapped up the match and secured three major points for Italy in Group C.

Barbara Bonansea makes Australia pay for a mistake in the back and scores Italy's first #FWWC goal in 20 years. ?? pic.twitter.com/Svh2PawLBc

Up next for Australia is an attempt for three points against Brazil on Thursday. Marta, Brazil’s legendary forward, is out in today’s match against Jamaica, but could return against Australia. Meanwhile, the Italians will take on Jamaica.

Cristiane scored the first hat-trick of this year’s World Cup.

Meanwhile, despite the loss, the Reggae Girlz of Jamaica were enjoying the moment. Jamaica qualified for the World Cup for the first-time ever last October, defeating Panama in the CONCACAF Women’s Championship. Their third-place finish ensured them a spot in France.

Jamaica's Sydney Schneider guesses right and stops Andressa Alves from the spot to keep it a one-goal game. #FIFAWWC pic.twitter.com/BwUaSgjxcr

There were highlights for Jamaica, making sure that it wasn’t just a Brazilian show. Sydney Schneider, a 19-year-old goalkeeper from the University of North Carolina, Wilmington, saved a penalty kick from Andressa Alves in the 38th minute. Schneider finished the match with four saves. Meanwhile, Brazilian goalkeeper Bárbara kept busy too, as Khadija “Bunny” Shaw applied pressure. Bárbara made three saves.

Also, of note, history was made for Brazil, when Formiga, 41, made her first start of the tournament. Her appearance makes her the first-ever player to feature in seven FIFA Women’s World Cup tournaments.

Here was the moment Jamaica's national anthem played for the first time at a #FIFAWWC pic.twitter.com/cQLhvO0Equ

Nikita Parris and Ellen White scored for England to lift the World Cup title contenders past rival Scotland in the first match of Group D play.

Parris scored from the spot 14 minutes into the match after the video review process showed a hand ball and England were awarded a penalty kick. White added a second for the Lionesses in the 40th minute when she pounced on a defensive mistake by Scotland.

But the Scots made things interesting, holding in the second half before Claire Emslie’s 79th-minute tally made for an interesting finale.