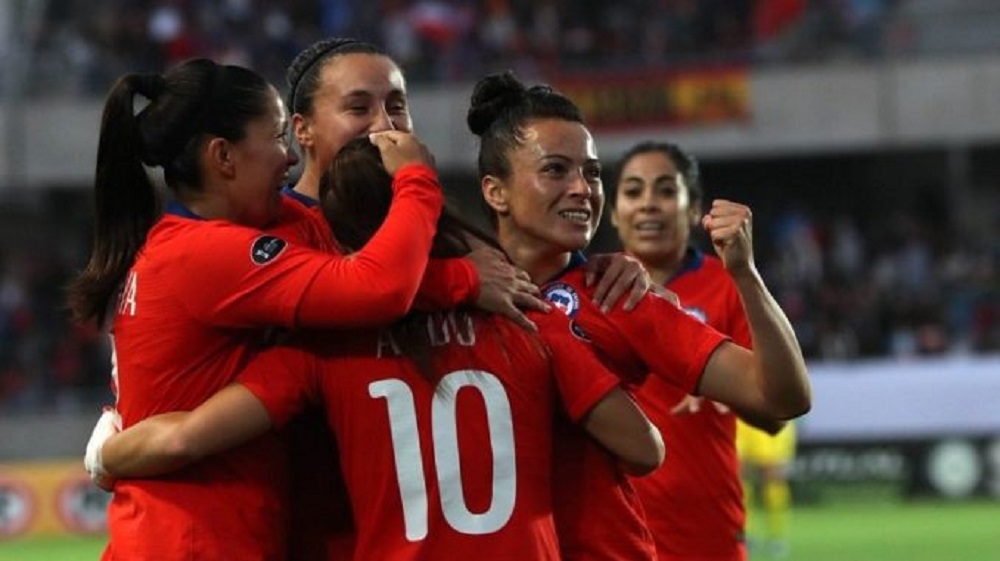 Chile qualified for the World Cup using a 4-3-3 formation, although it would not be a surprise if the manager, José Letelier, decides to go with a 4-4-2 system in some key matches or at least part of the games in the group. Their game plan usually includes a high percentage of ball possession, as well as creating danger though their wingers Yanara Aedo and María José Rojas. Despite his team being underdogs in their first World Cup, Letelier insists on his idea of playing without fear.

The goalkeeper Christiane Endler gives a lot of confidence to the backline and the midfielder Karen Araya is the engine of the team, the Sevilla star ensuring there is balance between defense and attack. Next to Araya will be her teammate at the Spanish club Francisca Lara, who has made a name for herself thanks to her potent long-range shooting.

The Valencia forward Aedo will provide the skills necessary to find space up front for the striker Daniela Zamora. The starting lineup should be a mix of the players who finished second in the Copa América in 2018 and some of the new faces. Letelier will have to find replacements for two of his starters: the injured defender Carla Guerrero as well as the absent left-back Geraldine Leyton.

One of the weaknesses of this Chile team is their physicality compared to other top teams, a problem illustrated by the losses against the United States and a terrible 7-0 defeat at the hands of the Netherlands in recent friendlies. They try to make up for that by having the ball and using it wisely thanks to their good technique.

Chile were dangerous from corners during the last Copa América, but it remains a huge question mark whether that formula will work against bigger and tougher competition.

José Letelier is a former goalkeeper who was part of the Colo-Colo squad who won the Copa Libertadores in 1991, arguably the finest achievement by a Chilean club side. He repeated that feat 11 years later, this time as the Colo-Colo women’s team manager. He won 10 national titles with them before taking over the national team in 2016 and made history by reaching this World Cup. The 52-year-old has a curious story as a player: when Peruvian club Alianza de Lima suffered a deadly plane crash in 1987, Colo-Colo sent him on loan for free to help them fulfill their fixtures.

PSG’s Christiane Endler is by far Chile’s most famous and experienced player. The 27-year-old won the award for the best goalkeeper in the French league a few weeks ago and was ranked sixth in the world list put together by the IFFHS in 2018. She is also the La Roja captain and opened the European doors for many of her compatriots. Endler has played for Colo-Colo, Chelsea and Valencia, among others, and stands out with her incredible reflexes and penalty-stopping ability.

Geraldine Leyton was Chile’s first choice left-back until this year when she suddenly decided to drop out of the team. Her 2019 started roughly: Leyton rescinded her contract with Spanish club Sporting Club Huelva in January and later announced her retirement from the national team on her Instagram account. “I tried, I trained, but I just couldn’t do it. When the head goes wrong, everything goes wrong,” she said.

A brief history of women’s football in Chile

Women’s football lived in obscurity in Chile from the late 1950s, until the Spanish manager Marta Tejedor took over the national team in 2007. She was compared to Marcelo Bielsa, then at the helm of the men’s team, for her work in changing the perception of what Chilean players could achieve.

With Tejedor in charge, Chile hosted the Under-20 World Cup in 2008 and finished in 14th. Some key players of the current senior team were in that squad – including Christiane Endler, Karen Araya and Daniela Zamora.

La Roja also hosted the Copa América in 2018. In front of a home crowd, the Chilean team went undefeated up to the final stage (which was played as a group stage involving four teams) where they finished second behind Brazil. They earned qualification for France 2019 after beating Argentina 4-0 in the last game of the tournament, leading to a first appearance at a women’s World Cup.

After that huge feat, many players moved to Europe and other top South American clubs. Endler is an important player at PSG, Aedo shines at Valencia, Lara and Araya do the same for Sevilla and the list goes on. In fact, of the 23 players called up for the friendly games against Scotland and the Netherlands in April, only eight of them played in the domestic league.

The Chilean league currently has 14 clubs in the top division. Colo-Colo has been dominant with 13 trophies since 2008 and The Cacique girls have also won Chile’s only international club title, the Copa Libertadores in 2012.

Karen Araya. Sevilla’s midfielder is 28 years old and has found the maturity to lead Chile’s defensive and offensive efforts. She has become a vital player at the Spanish club, scoring important goals, like the one against Betis in April. Her idols are Zinedine Zidane and Andrea Pirlo, but she models her game on another Chilean that goes box to box: Arturo Vidal.

What is the realistic aim for Chile and why?

José Letelier said it best: “Our goal is to try to compete. To have a game structure and try to advance to knockout phase. But first, we need to be up for this World Cup.” It sums up our realistic expectations: leave a good taste in the mouths of the fans and, maybe, get a shot at a game in the last 16.

727 adult players registered at this moment.