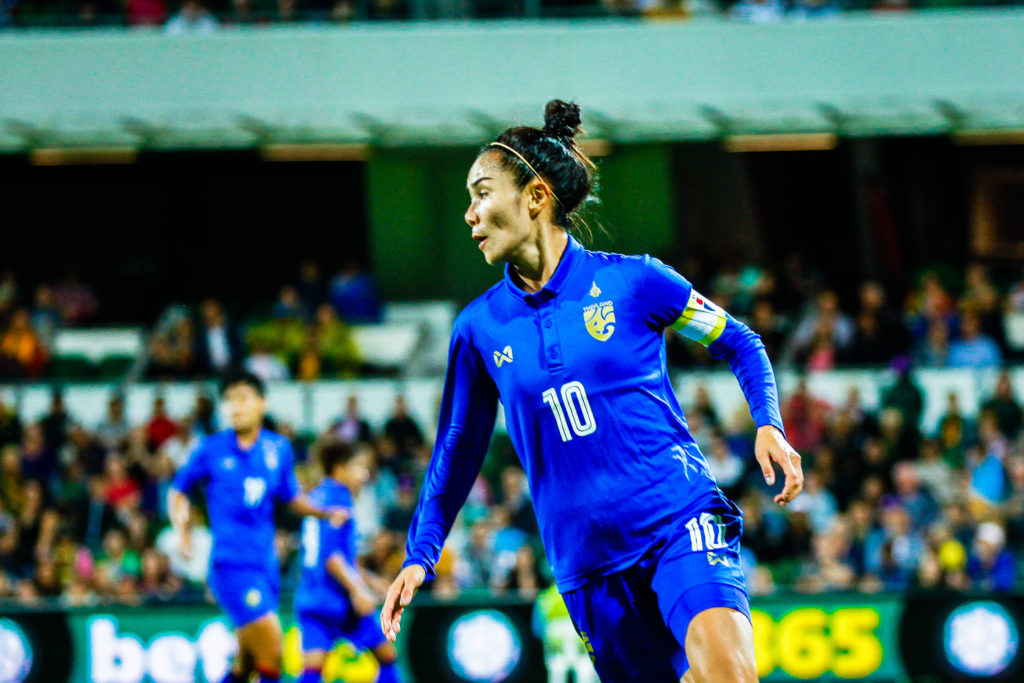 France 2019 will be the Thai women’s second World Cup appearance, having made their debut at the finals in Canada four years ago. The Chaba Kaew, coached by the former Thailand international Nuengruethai Sathongwien, made history when they became the country’s first senior side of either gender to qualify for the World Cup and they beat fellow debutantes Ivory Coast, 3-2 for an historic victory.

That win, as it came alongside 4-0 defeats against Germany and Norway, was not enough to see Thailand through to the knockout stage, but they only missed out on goal difference. And this summer they are back, qualifying for France 2019 by reaching the semifinals of the 2018 AFC Women’s Asian Cup. Jordan and the Philippines were dispatched 6-1 and 3-1, respectively as Thailand reached the last four despite a 6-0 loss to China.

The Thai squad for the 2019 World Cup is pretty much the same as the one four years ago with Nuengruethai still the coach. The nucleus of that 2015 side – such as defenders Duangnapa Sritala and Sunisa Srangthaisong, midfielders Rattikan Thongsombut and Taneekarn Dangda and forwards Kanjana Sungngoen and Orathai Srimanee – are still there, but Thai-American midfielder Suchawadee Nildhamrong (Miranda Nild), who is studying and playing at the University of California, Berkeley, is a new addition. 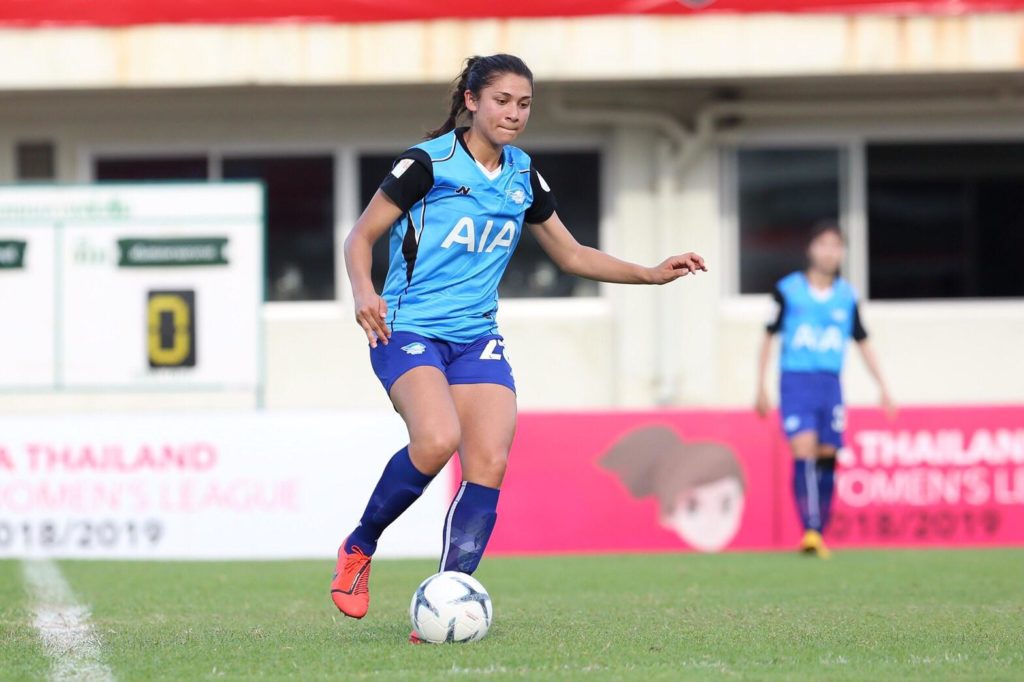 The 22-year-old Suchawadee has pace and skills to create chances for teammates or score herself and could partner Kanjana up front.

The Thai players are quite small in comparison to some of their opponents but they have big hearts and their fighting spirit is second to none. They are also helped by the fact that they have played together for so long that they know each other inside out.

Thailand, however, are in a very difficult group with the reigning champions the United States and the European powerhouse Sweden, as well as Chile. Following the draw, however, Nuengruethai chose to look on the bright side. “I am not worried because we can only improve and move to another level by playing against strong teams,” she said. “We have to make a good impression for the Thai football fans and the Thai people worldwide who are supporting our team.”

The former Thailand international Nuengruethai Sathongwien, 47, has been coaching the Chaba Kaew for a long time and took them to the 2015 World Cup in Canada. She was surprisingly sacked in 2016 but returned in 2017, replacing the former Manchester City defender Spencer Prior.

The forward Kanjana Sungngoen has played for Thailand since 2009 and scored some important goals for the Chaba Kaew. The 32-year-old veteran scored twice as Thailand beat Vietnam 2-1 to earn the team’s historic World Cup appearance at Canada 2015 and, with her pace and experience, she is again expected to play a key role in Thailand’s campaign in France.

Silawan Intamee collects Japanese Conan dolls. The 25-year-old midfielder’s collection is quite big now and has explained that she “won’t stop collecting the dolls and will continue to make the collection bigger”.

A brief history of women’s football in Thailand

The Thais were one of the pioneers in women’s football in Asia. They were one of the six teams who took part in the first AFC Women’s Championship in 1975 when they  finished second after losing 3-1 to New Zealand in the final. They won their first Asian title in 1983 but have since fallen behind the likes of Japan, China, North Korea and South Korea. However, they are still the most successful Southeast Asian team with four regional titles and five Southeast Asian Games crowns.

Thailand’s rise began a decade ago when Nualphan Lamsam became general manager of the national side. Nualphan, who comes from one of Thailand’s richest families, has played an important role in making the national team stronger. She has helped to fund the team using her own money and, as one of the country’s best known celebrities, she is also like the team’s spokesperson. She is also the chairwoman of Thai League 1 club Port.

Suchawadee Nildhamrong (Miranda Nild). The midfielder, whose father is Thai and mother American, was born and raised in the US. The University of California player burst onto the international stage with Thailand in 2017 and shone brightly at the 2018 AFC Women’s Asian Cup. Strong and skillful, the 22-year-old is one of a few Thai players whose size is not at a disadvantage.

What is the realistic aim for Thailand in France and why?

Two losses and a win in their first World Cup appearance in 2015 was considered a huge success for the Thais. Thailand are expected to lose against the United States and should be happy if they get a result against Chile. Getting past the group stage would be regarded as one of the country’s greatest ever sporting achievements.

The annual budget from the Football Association of Thailand for the women is not known although it will be much smaller than that for the men’s team. Also, a large part of the budget for the Thai women’s side comes from their general manager, Nualphan Lamsam.

Wanchai Rujawongsanti is the sports editor of The Bangkok Post.