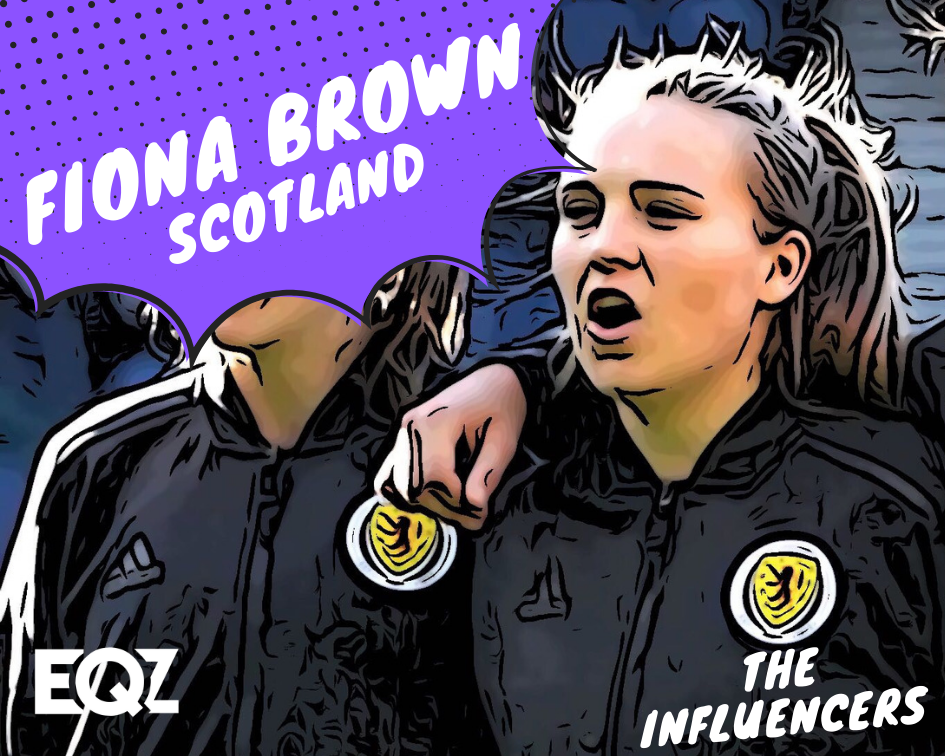 While Kim Little remains the headline act for Scotland, Shelley Kerr’s squad is one brimming with talent — especially in the attack. Although people may already be familiar with Little’s heir apparent, Erin Cuthbert, after a breakout 2018-19 season with Chelsea — as well as Manchester City’s principal creator, Caroline Weir — there is far more to Scotland than just that trio.

Access the best women’s soccer coverage all year long
Start your FREE, 7-day trial of The Equalizer Extra for industry-leading reporting and insight on the USWNT, NWSL and beyond.
Subscribe
Existing Users Sign In Here
Related TopicsFiona BrownScotlandThe Influencers