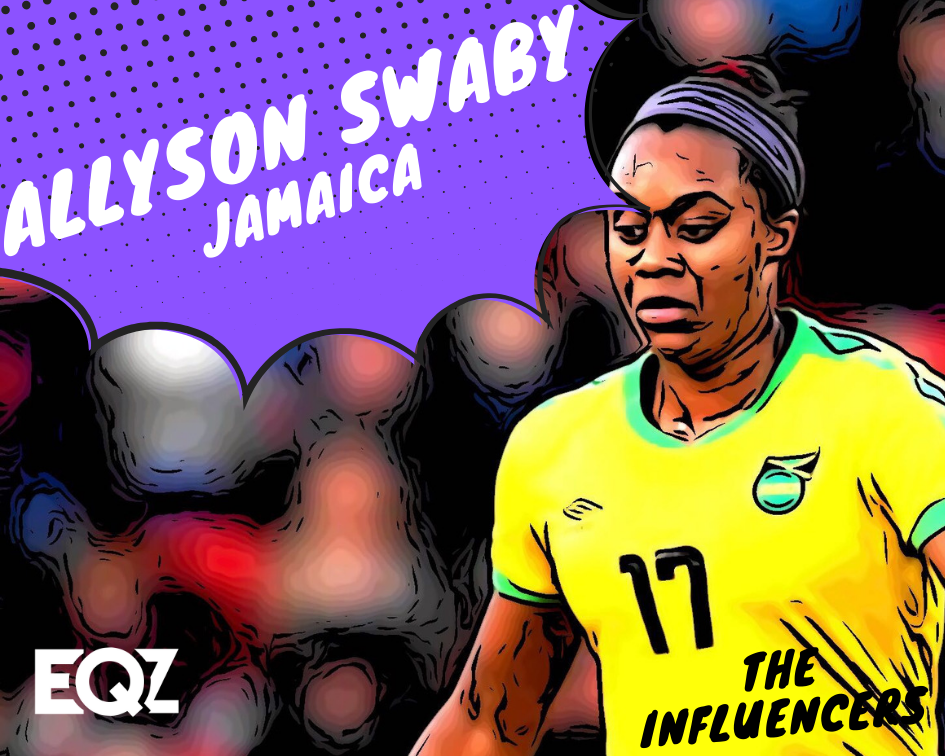 Khadija Shaw, better known to the world as Bunny, will demand the most of the attention Jamaica gets in France both on and off the field. With good reason, of course, Shaw was named The Guardian’s Footballer of the Year in 2018 after Manchester United’s Juan Mata has won the award the year before. She won it largely based on her amazing and tragic upbringing, but having scored 25 international goals already at age 22, each Group C opponent will have more than a few eyes on her at all times.

Access the best women’s soccer coverage all year long
Start your FREE, 7-day trial of The Equalizer Extra for industry-leading reporting and insight on the USWNT, NWSL and beyond.
Subscribe
Existing Users Sign In Here
Related TopicsAllyson SwabyBunny ShawJamaicaThe Influencers